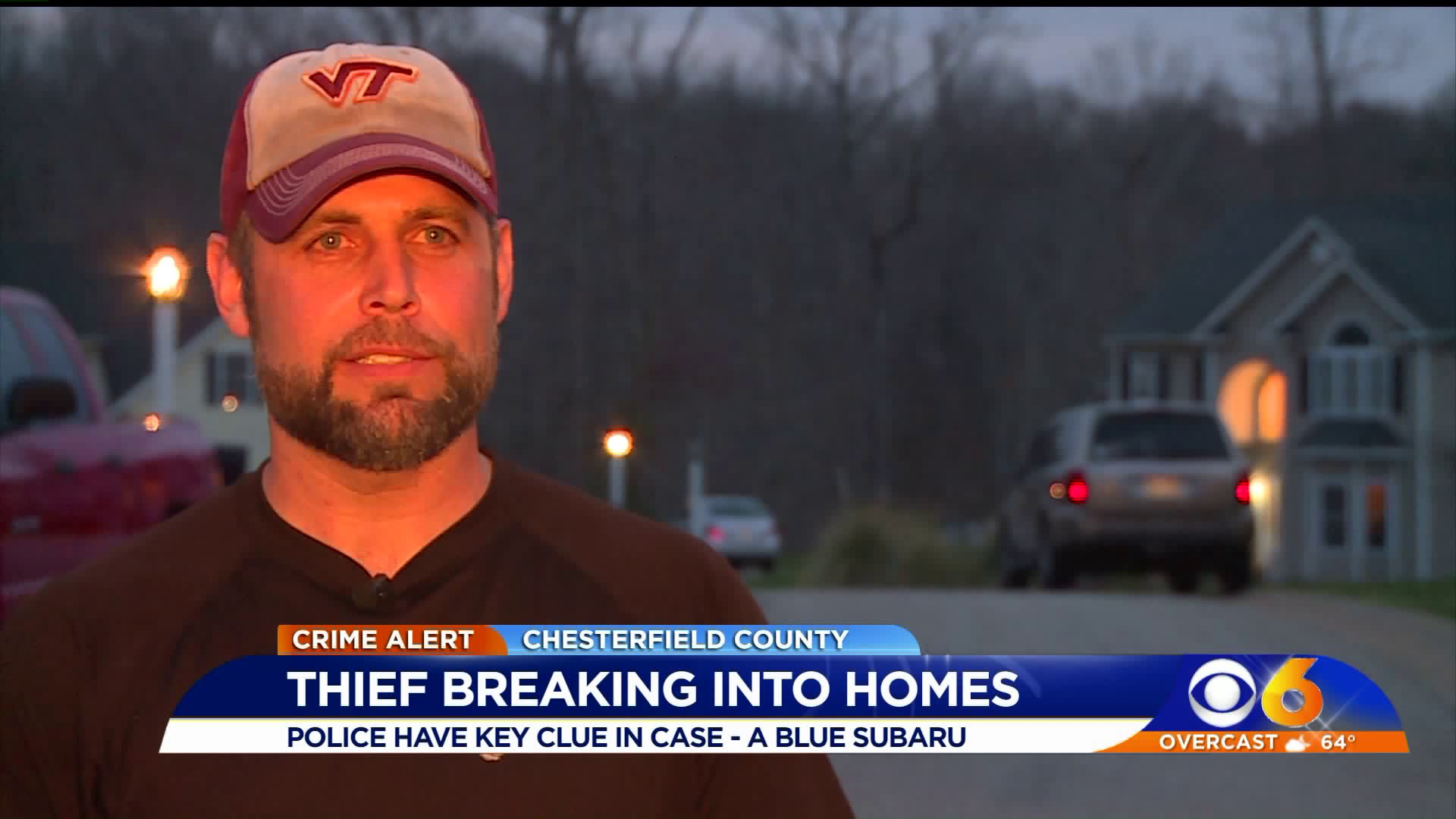 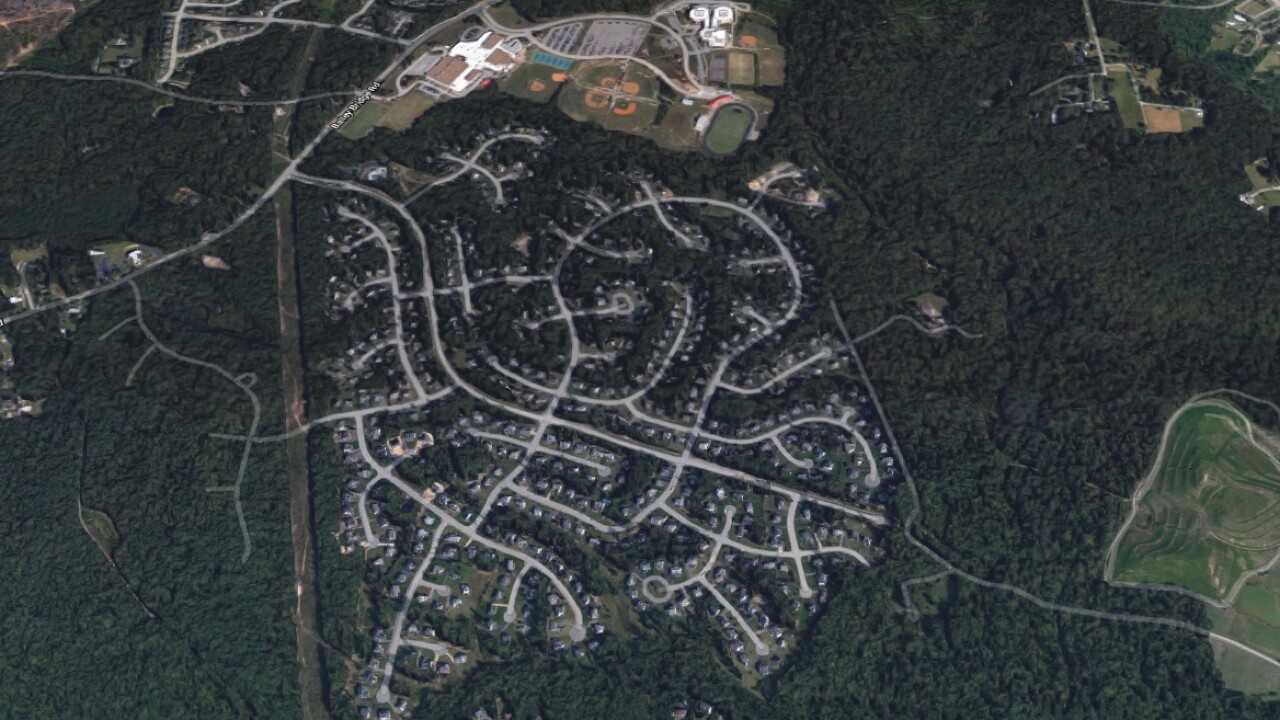 CHESTERFIELD COUNTY, Va. -- Police said they have a key clue in a pair of break-ins over the last week in the Bayhill Pointe subdivision in Chesterfield County.

The latest break-in was discovered on Thursday, March 28 when a man returned to his home in the 8300 block of Hillcreek Drive around 4:45 p.m.

The man told police he saw a bright blue Subaru sedan parked on the street just past his driveway before police said a black male ran out from behind his home and jumped into the car.

"A few moments later, two other unknown black males ran from behind the house and got into the vehicle, which then left the area," police said. "Cash was stolen from the house, and other items were found outside."

Additionally, police said suspects broke into a home in the 11900 block of Penny Bridge Drive and the stole electronics, cash and firearms at some point between 11:30 a.m. and 6:50 p.m. on Saturday, March 23.

"A witness reported that three black males ran from behind the residence, placed items into a bright blue Subaru sedan and then fled the area in the vehicle," police officials said.

'We were a little shocked by it. We been here for 14 years, and never had anything happen like this," said Chris Barrett who lives along Penny Bridge Drive.

Chesterfield Police officials said the Subaru did not have a front license plate and appeared to have a temporary rear license plate.

Police said their investigation into the break-ins is ongoing.