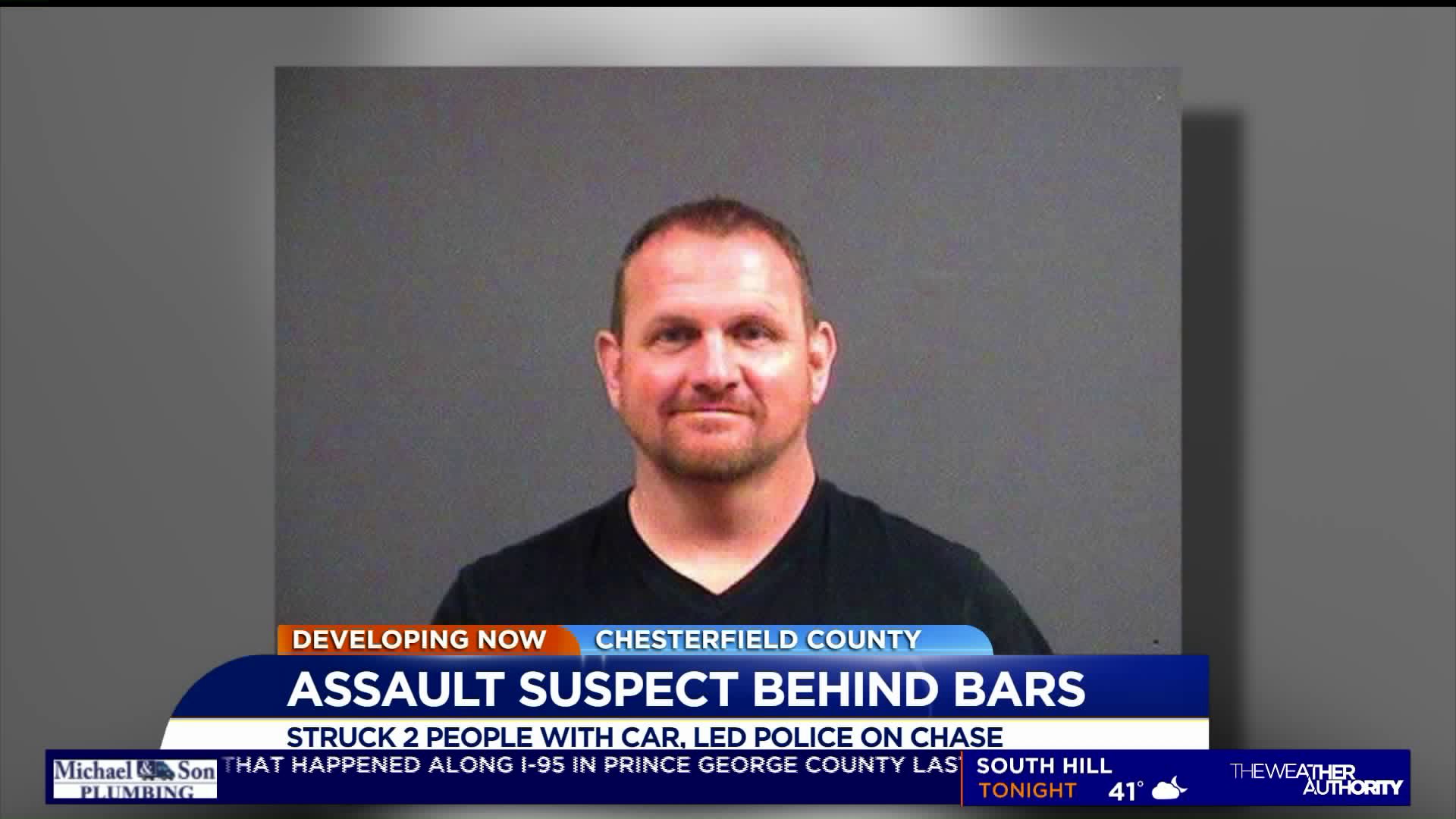 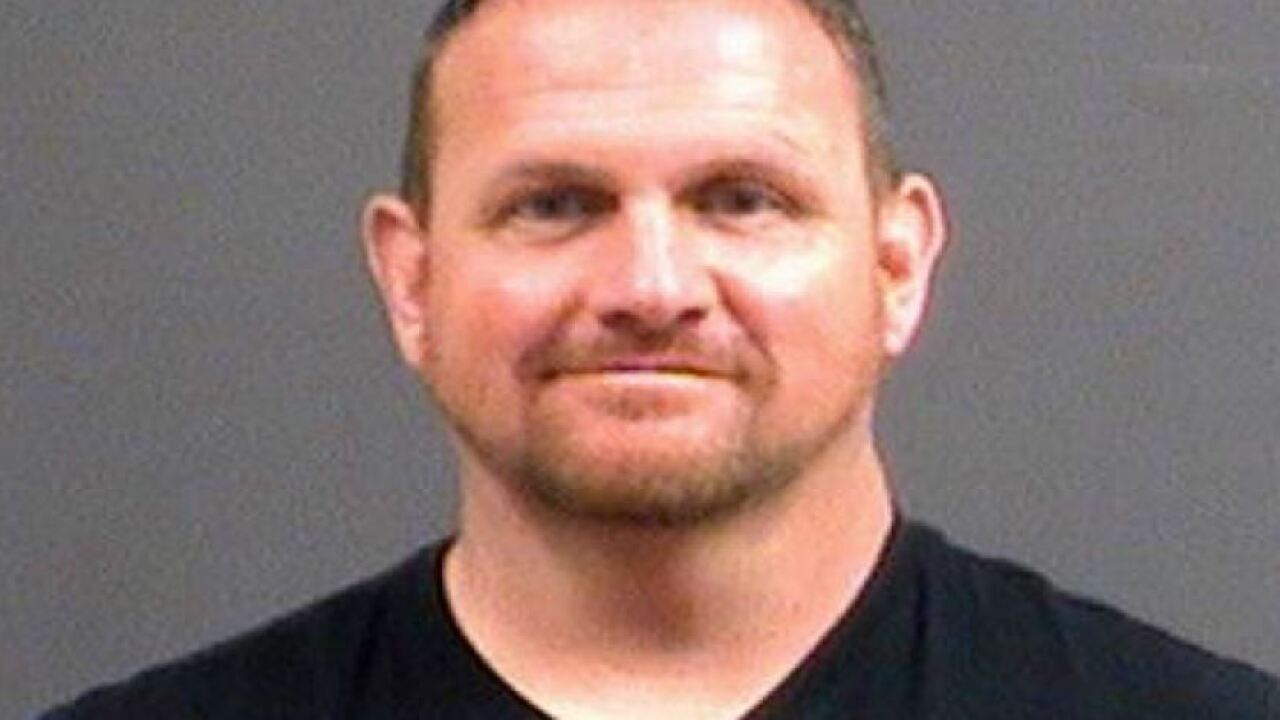 CHESTERFIELD COUNTY, Va. -- A Seattle man was arrested Wednesday night after police said he attacked a woman outside a Chesterfield home.

That attack was first reported at about 5:50 p.m. along the 2700 block of Clintwood Road.

"Several callers claimed that they saw a man assaulting a woman on her front lawn," a Chesterfield Police spokesperson said. "[She] was able to run away from the male who then relocated her and struck her again, this time with a vehicle. A neighbor who attempted to help the victim was also struck by the vehicle."

Both victims suffered non-life-threatening injuries, according to police.

When officers arrived, they said the man -- identified as 46-year-old Thomas C. Acheson -- drove off in the woman's car.

"Officers pursued the suspect for several miles on Genito Road before using spike strips to disable his vehicle," the police spokesperson continued. "[Acheson] then fled on foot and moments later was found by pursuing officers as he attempted to hide under the deck of a home. He was taken into custody without further incident."

Acheson was charged with malicious wounding, strangulation, threats to bomb, felony eluding, and felony vandalism. He was booked, without bond, at Chesterfield County Jail.

Skid marks could still be seen in the road along Clintwood Road Thursday morning -- where neighbors said Acheson hit one of the neighbors with a car Wednesday.

Several neighbors also said they initially heard the first victim yelling for help, then saw her running down the street away from the suspect. They said she ran across the street to her neighbor's home where the suspect continued to attack her.

Jeff Chauncey lives across the street from where the assault began. He said he had just arrived home from work when he came outside to find police outside his home.

"It just left me very, very nervous," said Chauncey. "I wish I would've been out there to run an interference or something."

Chauncey also added he would be keeping an eye out from now on.

"I'm happy that he's arrested," Chauncey said. "I hope they have enough charges on him that he spends a good amount of time in jail. I hope he doesn't come back.

Acheson made his first court appearance Thursday morning by video. A deputy Commonwealth's attorney said this is 'a serious case.' She confirmed that one of the female victims was a girlfriend of the accused -- but couldn't confirm whether the two of them are currently in a relationship.

Acheson's next court appearance is scheduled for April 25, at 1 p.m.