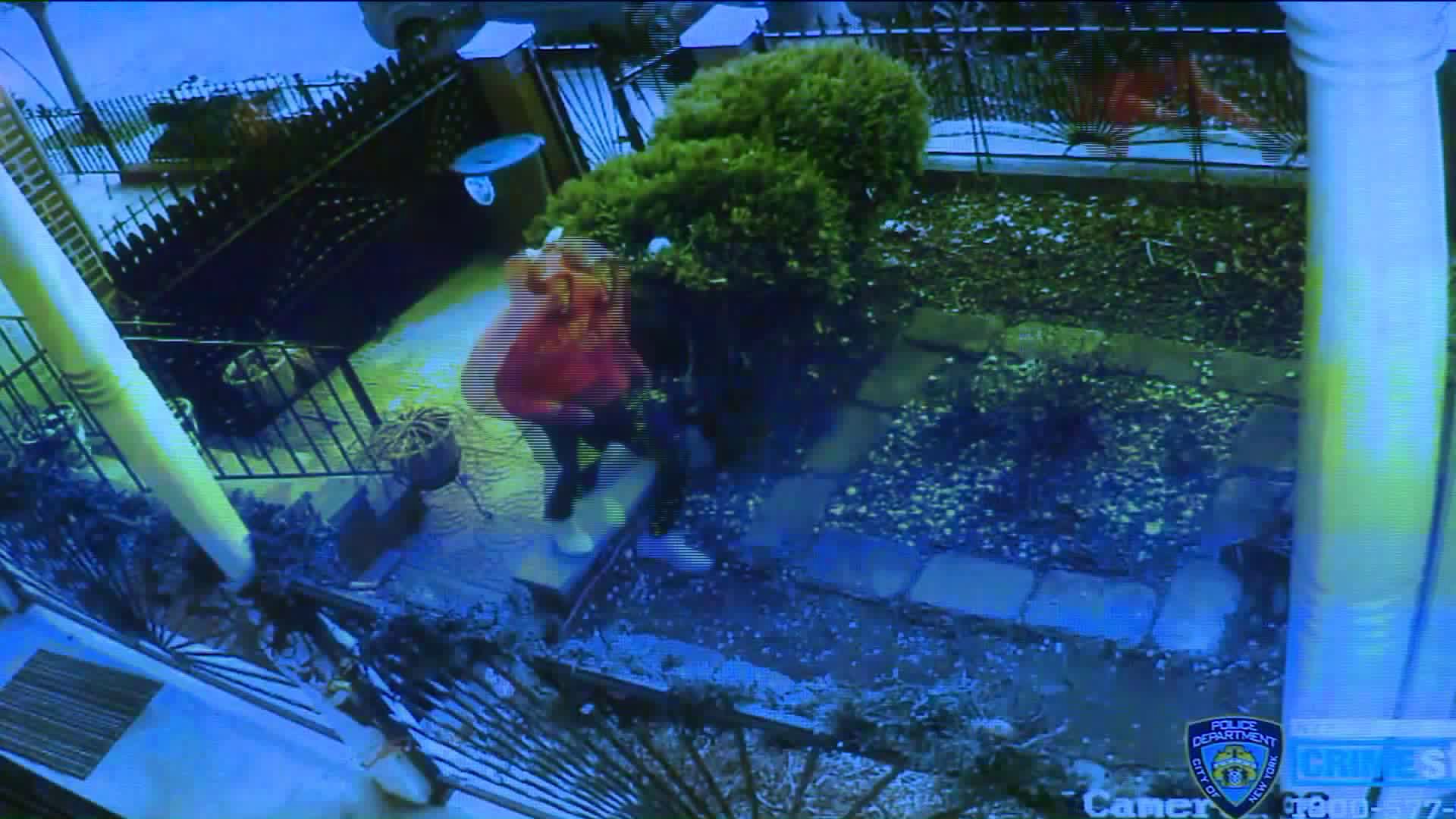 "Hard-to-watch" surveillance video was released Thursday showing a group of people chasing down and eventually killing a 21-year-old man in Brooklyn, according to police.

WARNING: This story contains material that some viewers may find disturbing due to its graphic content. Reader discretion is advised.

NEW YORK — A 21-year-old man killed in New York City was chased for blocks by a group of at least 10 people who cornered him and gunned him down.

Police released surveillance video of the May 19 murder on Thursday. NYPD Chief of Detectives Dermot Shea described it as "tough to watch."

"Ultimately he's cornered, like an animal, in the back of a private residence, where he's shot multiple times," Shea said. "This is eerily similar to last June in the 48th Precinct in the Bronx when Lesandro Guzman was the victim of a mob chasing him through the streets in the Bronx."

In this instance, the man was walking down New Lots Avenue in Brooklyn by himself around 5 p.m. before he was killed, police said. The group of men was at the intersection with Cleveland Avenue. Someone from the group punched the victim in the face. Police said it was "totally unprovoked."

The group of men split up. Some chased him on foot and others chased him in a car.

"The victim is literally running up and down blocks trying to escape these individuals," NYPD Chief Mike Kemper said.

One of the men pulled out a gun and pointed it at the victim at close range.

"The victim is now literally running for his life," Chief Kemper said.

He hid behind a car as the attackers hunted for him. One of the men spotted him and the chase resumed.

The victim ran behind a private residence on Elton Street near Linwood Playground and scaled a 6-foot PVC fence, but he didn't see there was a chain fence with barbed wire behind it. The man was stuck when his attackers caught up.

One of the men threw a rock at the victim. A man shot the 21-year-old victim five times. The group ran out of the backyard and fled the scene.

"No less than 10 individuals were active participants in this brutal, brutal murder," Chief Kemper said.

Police have asked for help identifying the other men and finding them.