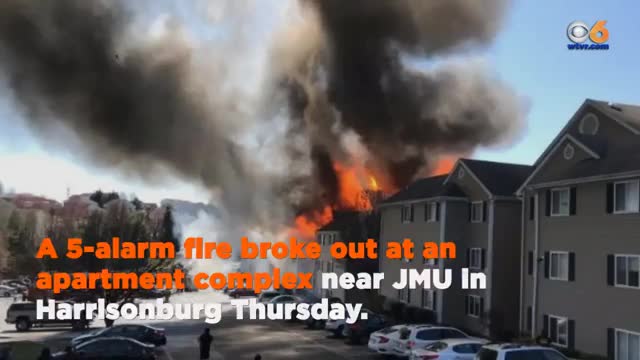 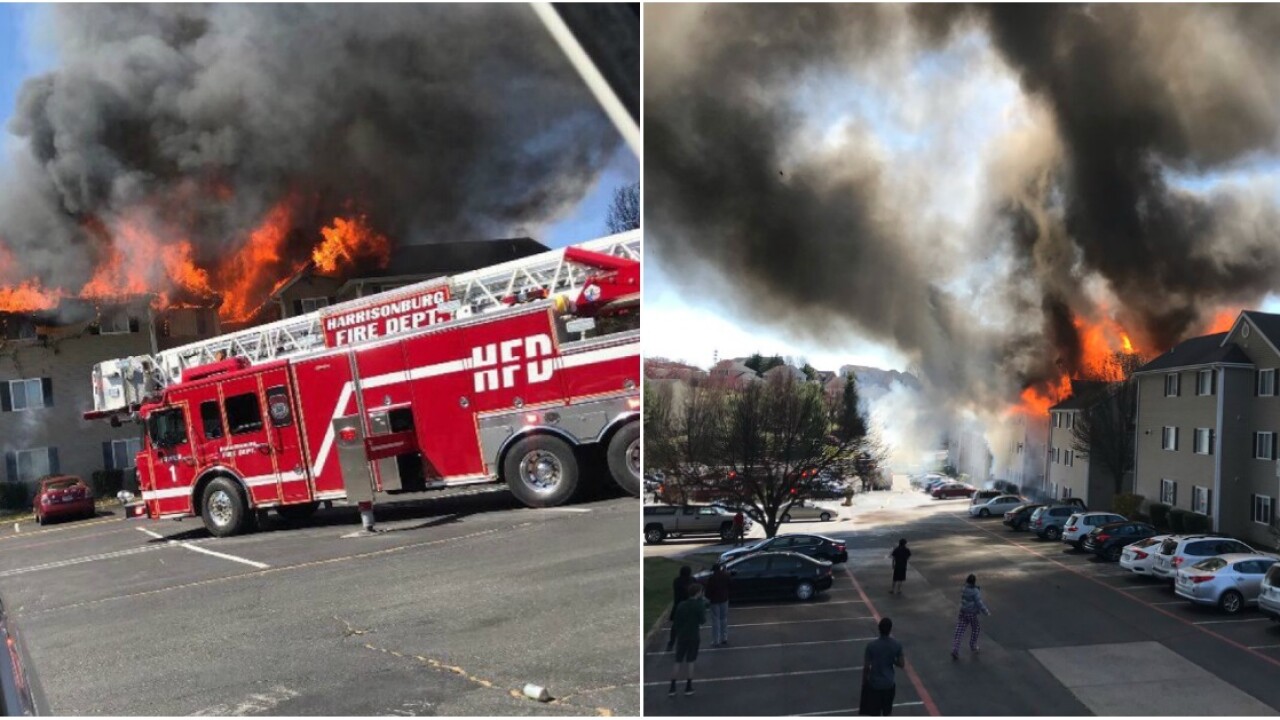 HARRISONBURG, Va. -- Fire officials said everyone was safely evacuated after a five-alarm fire raged at an apartment complex near James Madison University in Harrisonburg Thursday afternoon.

The fire broke out at the Southview Apartments in the 1000 block of Lois Lane, according to the university's student newspaper, The Breeze.

Harrisonburg Fire officials said ‏"all occupants were safely evacuated" just after 1:20 p.m. and that the fire was contained around 1:45 p.m.

Crews were called to the five-alarm fire just after 12:05 p.m., according to WHSV.

In addition to Harrisonburg and Rockingham County crews, firefighters were being dispatched from as far away as Augusta County, the station reported.

Please avoid the 1000 block of Lois Lane due to structure fire pic.twitter.com/90VJnMyzMJ

James Madison University sent an alert, since many students live at the apartments, urging folks to avoid the area.

Additionally, the department asked residents at 1073, 1083 and 1093 Lois Lane to "contact property management."

University officials said parents can call 540-214-3453 to see if their student has checked in with the school.

There has been no word yet how many students were displaced by the fire.

Smoke from the fire could be seen in downtown Harrisonburg and from WHSV's skycam on Massanutten mountain.

There has been no word on what sparked the fire.