Spring breakers fight off would-be robbers and take their gun 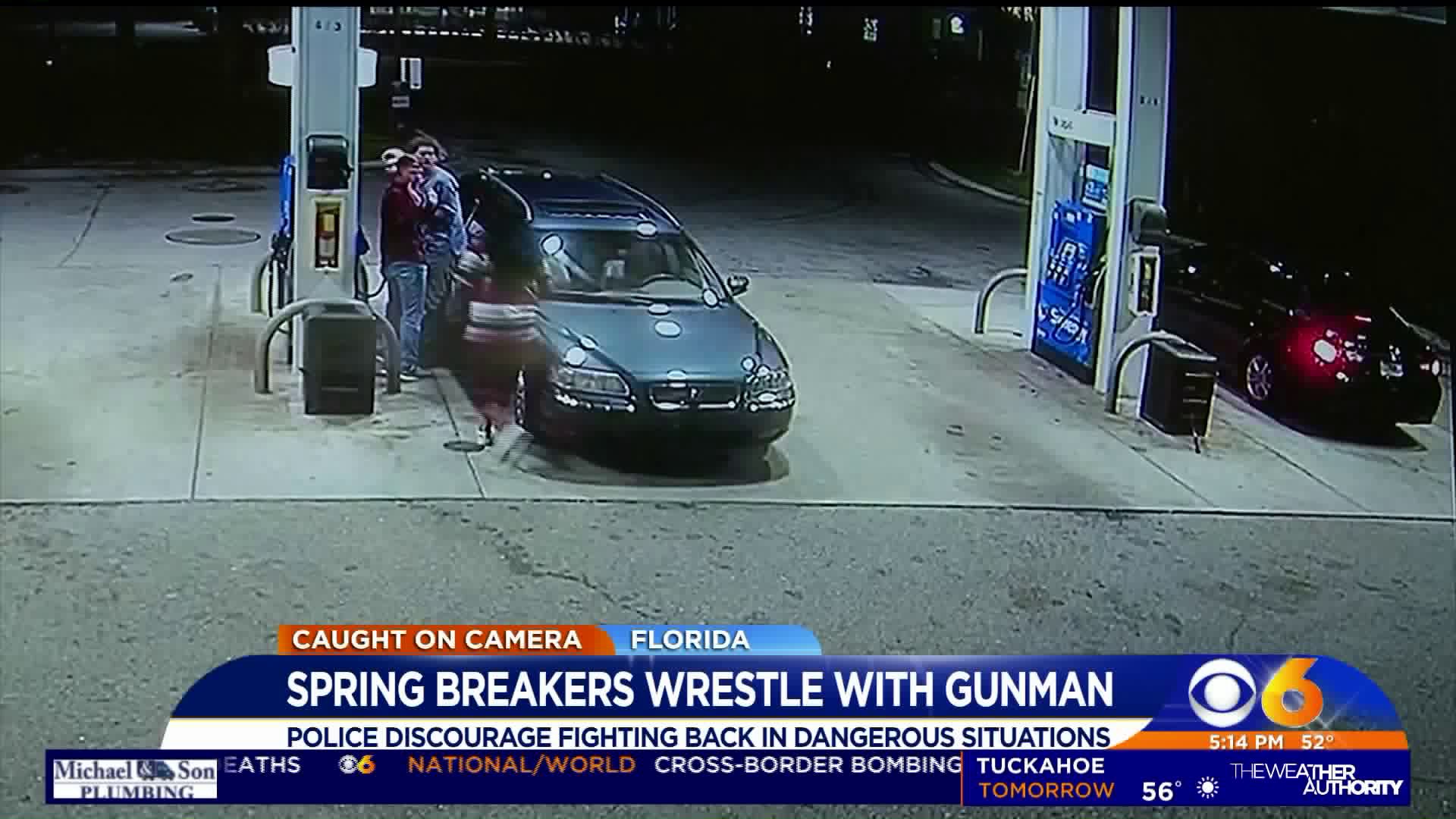 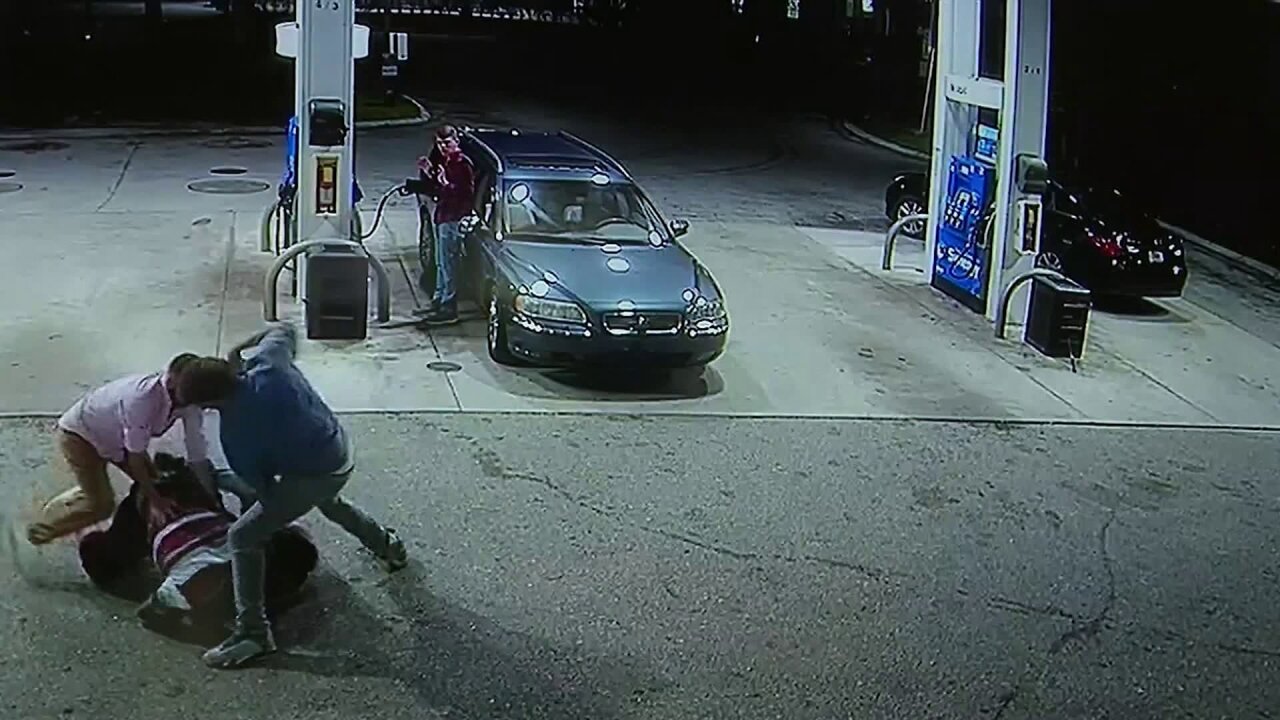 Indiana spring breakers stopped an attempted stickup at a South Florida gas station by fighting off the would-be robbers and wrestling away a gun from them.

"It was amazing and under God's graces, the gun did not go off," Aric Wisbey told CNN's "Anderson Cooper Full Circle."

Wisbey and his brother Alex had been celebrating in South Beach with their cousins Jacob and Alec Tanoos, and stopped early Sunday at a Oakland Park gas station.

Wisbey said they had just paid at the pump when a man ran up to them and jammed a silver handgun against his cousin Jacob's torso.

Surveillance video shows the men fighting back and pulling a masked gunman to the ground.

"My brother had actually put him in a rear naked choke and had brought him to the ground," Wisbey said.

That's when a second man ran up to try and help the gunman.

"We also had no idea that there was another man in the car," Wisbey said. "Thank goodness that man also didn't have a gun, because we had no idea he was in the car."

Wisbey said he was able to jerk the weapon away in the scuffle.

"My main worry was getting the gun away before it got off because, you know, honestly, I was waiting to hear a gunshot," he said.

He said he pointed the gun at the suspects to end the fight.

"As I had them at gunpoint, as you can see (in the video), as he's walking towards me he's telling me to 'calm down, just give me the gun and we'll leave, just calm down,' " Wisbey said. "And you know, I wasn't that stupid."

Wisbey said he has a concealed-carry permit in Indiana and knows how to handle guns, but he was not armed at the time.

"I didn't want to have to shoot these guys. You know those are sons and dads and cousins and family members to some other people. So you know, it turned out the best in the safe way possible," Wisbey said.

Those two men scrambled back into their car and drove off, but not before Wisbey's cousins got a license plate number.

The Broward County Sheriff's Office said that police in Fort Lauderdale arrested one of the suspects but are still searching for the gunman.

It said the gun was stolen in a 2017 vehicle burglary.