Neighbor steps in to help duped woman get paved driveway 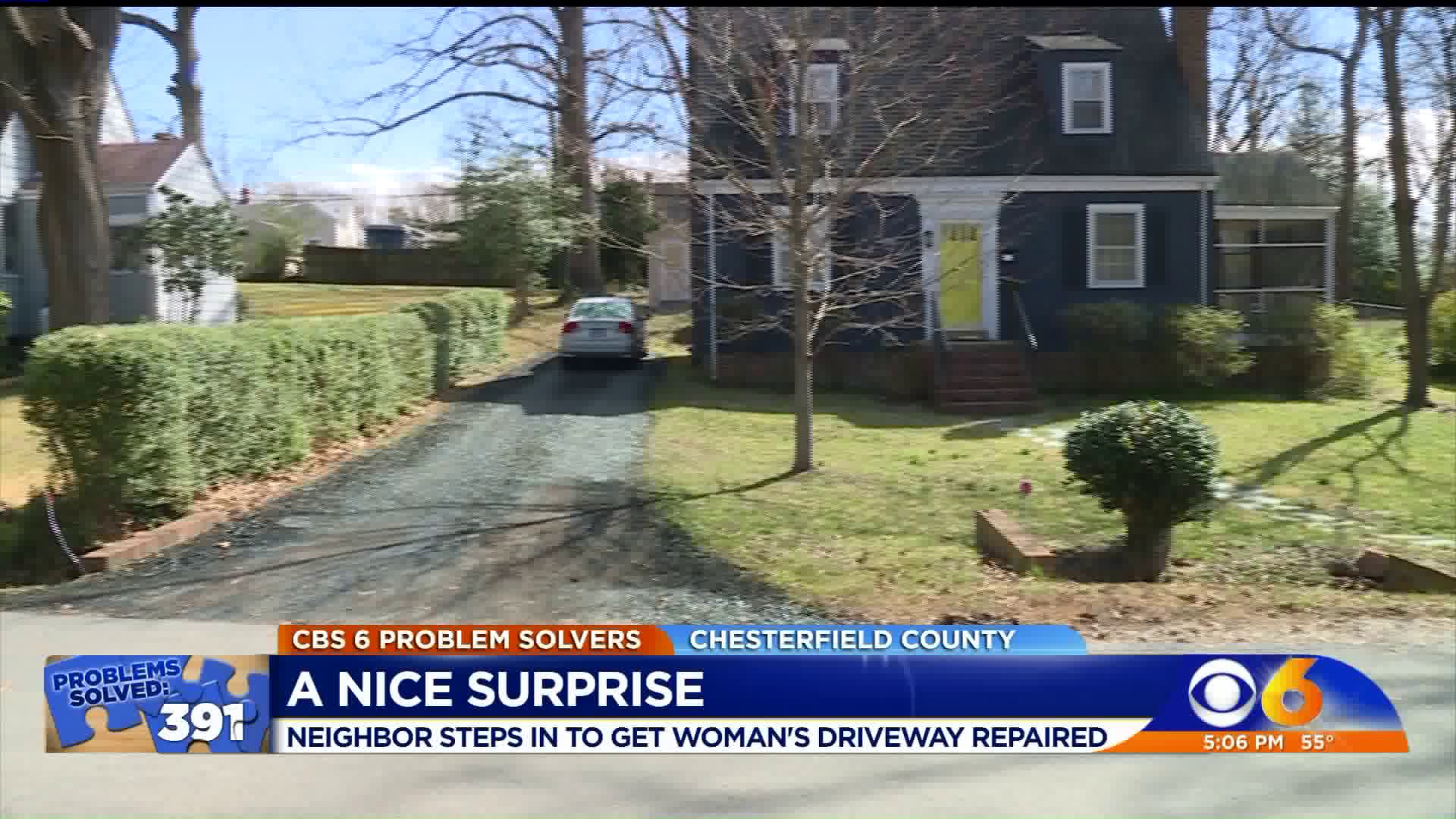 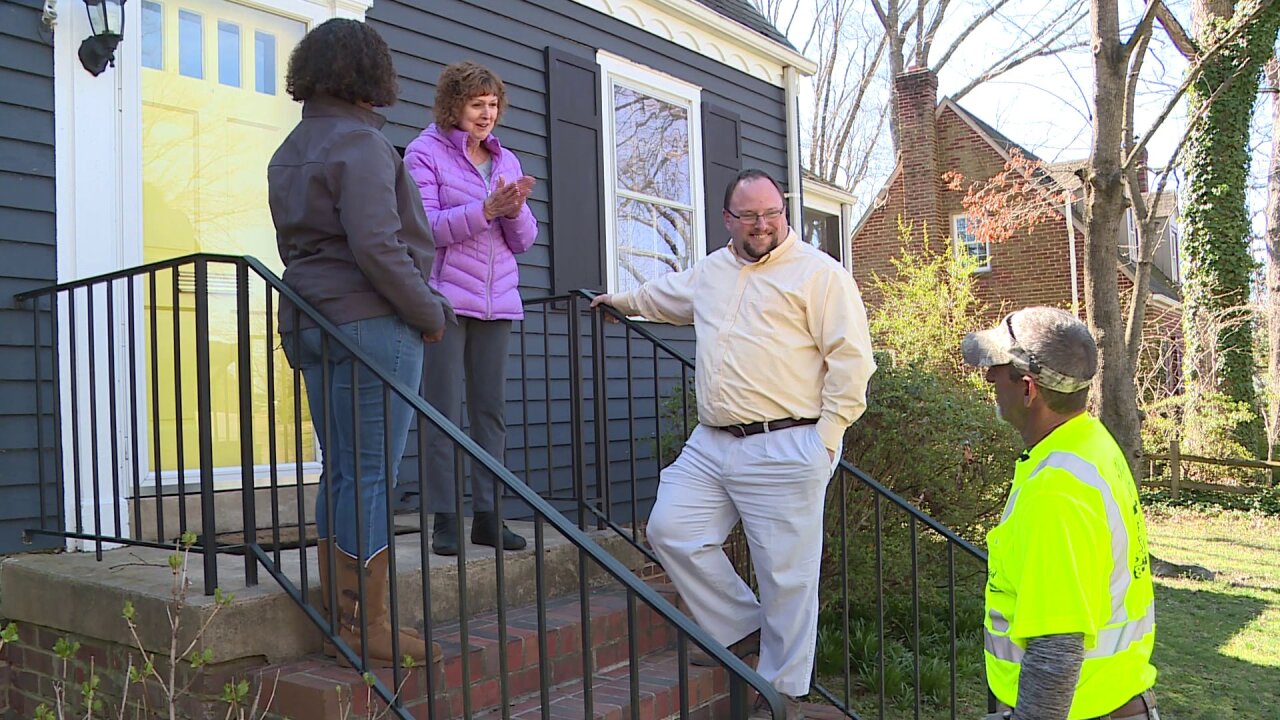 CHESTERFIELD COUNTY, Va. – A Chesterfield County homeowner says she was duped out of nearly $1200 and all she has to show for it is a driveway that filed with dirt patches.

Pamela Banks says she thought she was paying for a newly paved driveway but ended up with a huge headache instead.

She says a man who identified himself as Tommy Small came to her home, offering to pave her driveway with leftover material from a job nearby.

Small is the same man that an elderly Chesterfield woman says charged her $16,000 for a similar job.

“What they're doing is wrong. It's a crime,” said Banks.

With her driveway in ruins, and out of nearly $1,200, Banks shared her dilemma with CBS 6 Problem Solvers earlier this month.

Her neighbor Mike Marino saw the story and saw her driveway up close when he was on a walk. Appalled by what he saw, Marino reached out to his friend Ron Kidd who owns Budget Sealers.

Without hesitation, Kidd agreed to help.

CBS 6 was there Wednesday morning when they surprised Banks.

“Obviously you were taken advantage of and we'd like to make the wrong right and offer to pave your driveway at no cost,” said Kidd.

“Are you kidding me? Oh, my God! Thank you... that's wonderful,” Banks replied.

Budget Sealers will pave Banks' driveway in the coming days.

Meanwhile, Banks has a message for the contractor who scammed her.

“Don't prey on elderly people. Have a conscience.”

Marino added to that sentiment.

“You might have gotten over on this person. Your day is coming,” said Marino. “You're going to slip up somewhere and you're going to get caught.”