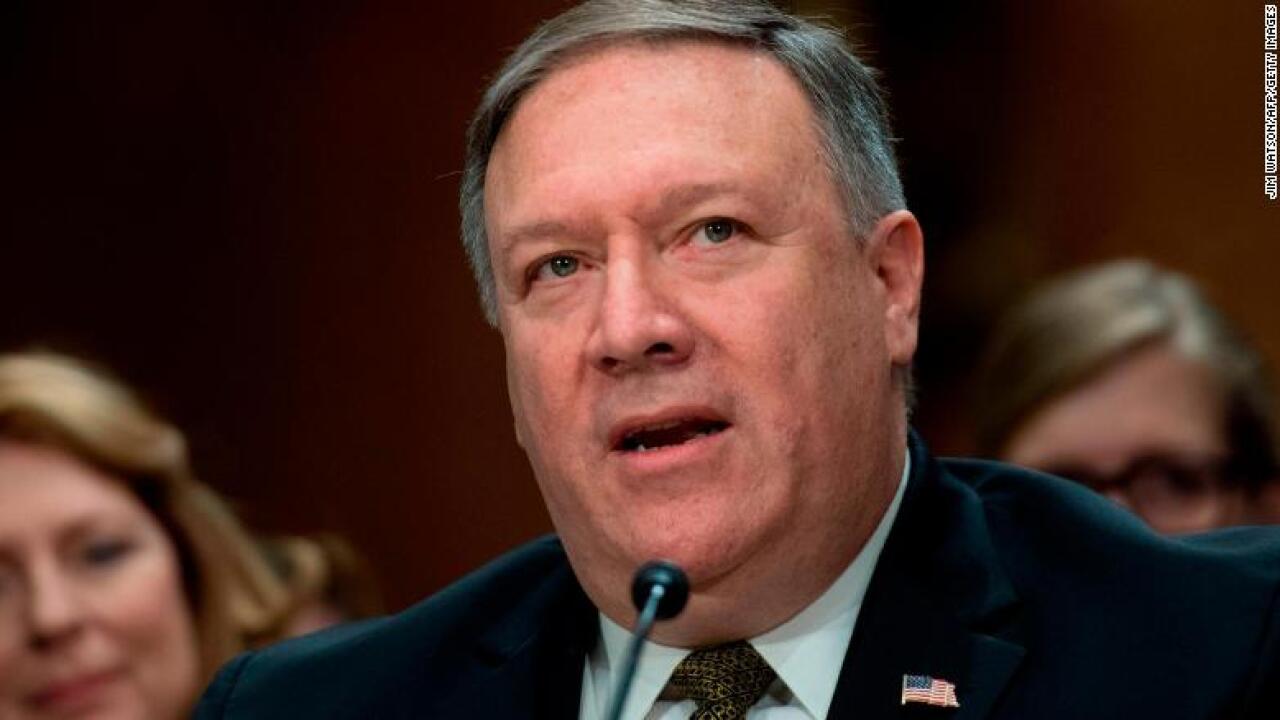 House lawmakers chastised Secretary of State Mike Pompeo Wednesday for the administration’s attempt to slash the State Department budget, repeatedly highlighting the disconnect between the Trump administration’s rhetoric about priorities and its willingness to fund them.

Kentucky Rep. Hal Rogers, the senior Republican on the House Appropriations subcommittee that examines the State Department and foreign operations budget, noted that the administration wants to cut the department’s budget by 21% for the 2019 fiscal year.

Rogers noted that the Trump administration’s Congressional Budget Justification said its budget request prioritizes “the security of US citizens, increases American prosperity, and supports our allies and partners,” said Rogers, who described himself as “disappointed” by the budget request. “I believe you would see more support in Congress if the proposed funding level matched this rhetoric.”

The administration is proposing deep reductions in security assistance, global health, democracy promotion and “even life-saving humanitarian assistance,” Rogers noted. “Given what the world looks like right now, this approach seems detached from reality.”

Texas Rep. Mike McCaul, the ranking Republican on the House Foreign Affairs Committee told Pompeo that “we’ll be working in a bipartisan fashion to plus up your budget,” adding that, “we need stability around the world.”

“The State Department has never had to operate under the draconian levels proposed by the President,” Lowey said. “I’m astonished that three years into his administration, the President still does not appreciate the merits of sustained investment in diplomacy and development.”

Pompeo pushed back in appearances before the appropriations subcommittee and the House Foreign Affairs committee, saying the request was designed around the administration’s national security strategy.

“We make this request mindful of the burden on American taxpayers and take seriously our obligation to produce exceptional results on their behalf,” Pompeo told the committee.

Yet again and again, lawmakers on the appropriations subcommittee and the House Foreign Affairs committee questioned how the administration could meet these and other goals when it plans to scale back funding.

Rep. Gregory Meeks, a New York Democrat, noted that when Pompeo was a congressman, he had personally made a cause of embassy security after the 2012 attack on the US consulate in Benghazi, Libya, that killed four Americans. Despite that, Meeks noted, the administration’s budget would make “somewhere between 17 and 20% reduction for embassy security, construction, and maintenance.”

“I don’t have the numbers in front of me,” Pompeo said in response. He said that the administration had increased the budget “for the overall scope of security” inside the State Department, but offered no details.

At a time when the administration is focused on rallying Latin America to help oust embattled President Nicolas Maduro of Venezuela and restore democracy to that country, Rep. Barbara Lee, a California Democrat, noted that the White House is proposing to cut assistance to Latin America and the Caribbean by about one-third.

“These significant cuts … appear to be at odds quite frankly with the State Department’s own policy to promote economic growth and prosperity and democratic governance,” said Lee. She noted that China “is filling the void in many ways that have historically been neglected by the United States.”

‘Why are we cutting?’

Pompeo told Lee that US foreign assistance is “directly aimed at competing every place that China is trying to compete. It is a fact that we will never show up with as much money as China is going to show up with.”

“Mr. Secretary, I’m not asking us to show up with as much money,” Lee shot back. “I’m asking us why are we cutting where we’ve never really invested?”

Pompeo didn’t answer, turning instead to a tactic he used through two House hearings of criticizing the Obama White House instead of answering. “The previous administration failed to invest there. I’ll concede that,” he said.

The top US diplomat made clear later, in the foreign affairs committee, that the US is intent on ousting Maduro, but wants to share responsibility for the reconstruction bill.

“The world will have to provide the economic assistance to get them through this transition period,” Pompeo said. “The United States will certainly be part of it. But I’m confident we will find the coalition that we’ve built, some 50 countries strong, that our state department has built, will be part of that as well.”

Rep. David Price, North Carolina Democrat, questioned Pompeo on how the Trump administration expects Palestinians to consider it “a fair-minded arbiter” after a series of moves that appear to favor Israel and cut off Palestinians. The US has recognized Jerusalem as Israel’s capital, moved its embassy to the city, closed the Palestinian embassy in Washington and the US consulate that serves Palestinians, cut aid to the UN that helps Palestinian refugees and direct US aid to the West Bank.

“Can you tell me how this is supposed to work,” Price asked. “Am I missing something?”

“Yes, yes you are,” Pompeo said. “What went before didn’t work. I think you’d have to acknowledge that. Decades of trying the old way failed to resolve this conflict.”

Pompeo said that “this administration is absolutely committed to” fighting those diseases, even as the White House would cut by about 22% the budget for PEPFAR, the President’s Emergency Plan for AIDS Relief, and pledge less to the Global Fund to Fight AIDS, Tuberculosis and Malaria than it needs to replenish its funds.

Lee noted that reports show “that if we pull back, the infection rates will increase and we won’t succeed,” adding that Americans support the policies and that “you’re stepping back on our global leadership.”

Pompeo said that, “there comes a time in every program where you have to begin to think, you’ve been at this a long time. Is there a way you can deliver on this better. That’s the objective we have set out in our budget.”

https://s3.amazonaws.com/cnn-newsource-image-renditions-prod/MIKE_POMPEO_STATE_DEPAT/S107222553_thumbnail.JPG
Copyright 2020 Scripps Media, Inc. All rights reserved. This material may not be published, broadcast, rewritten, or redistributed.