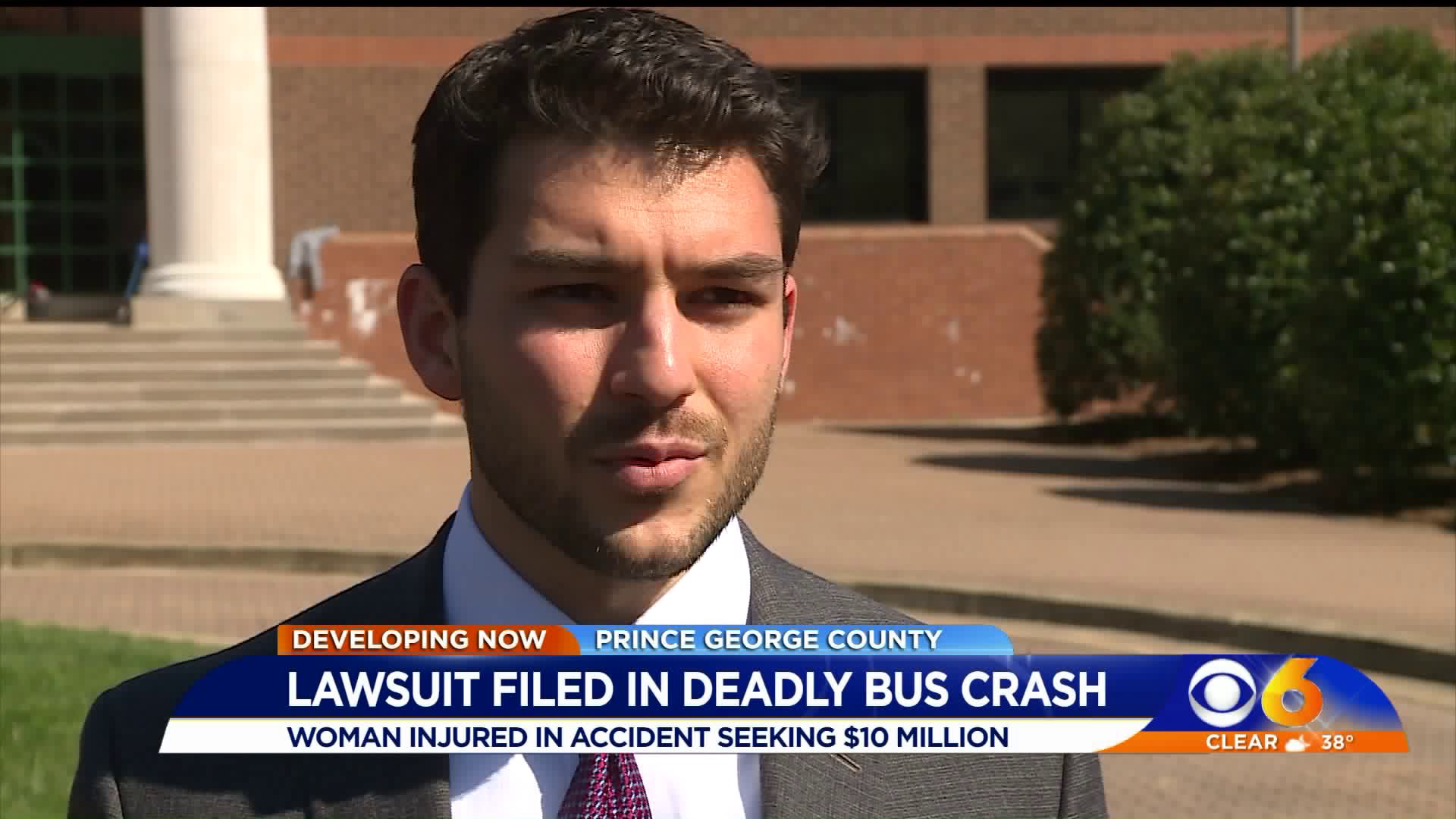 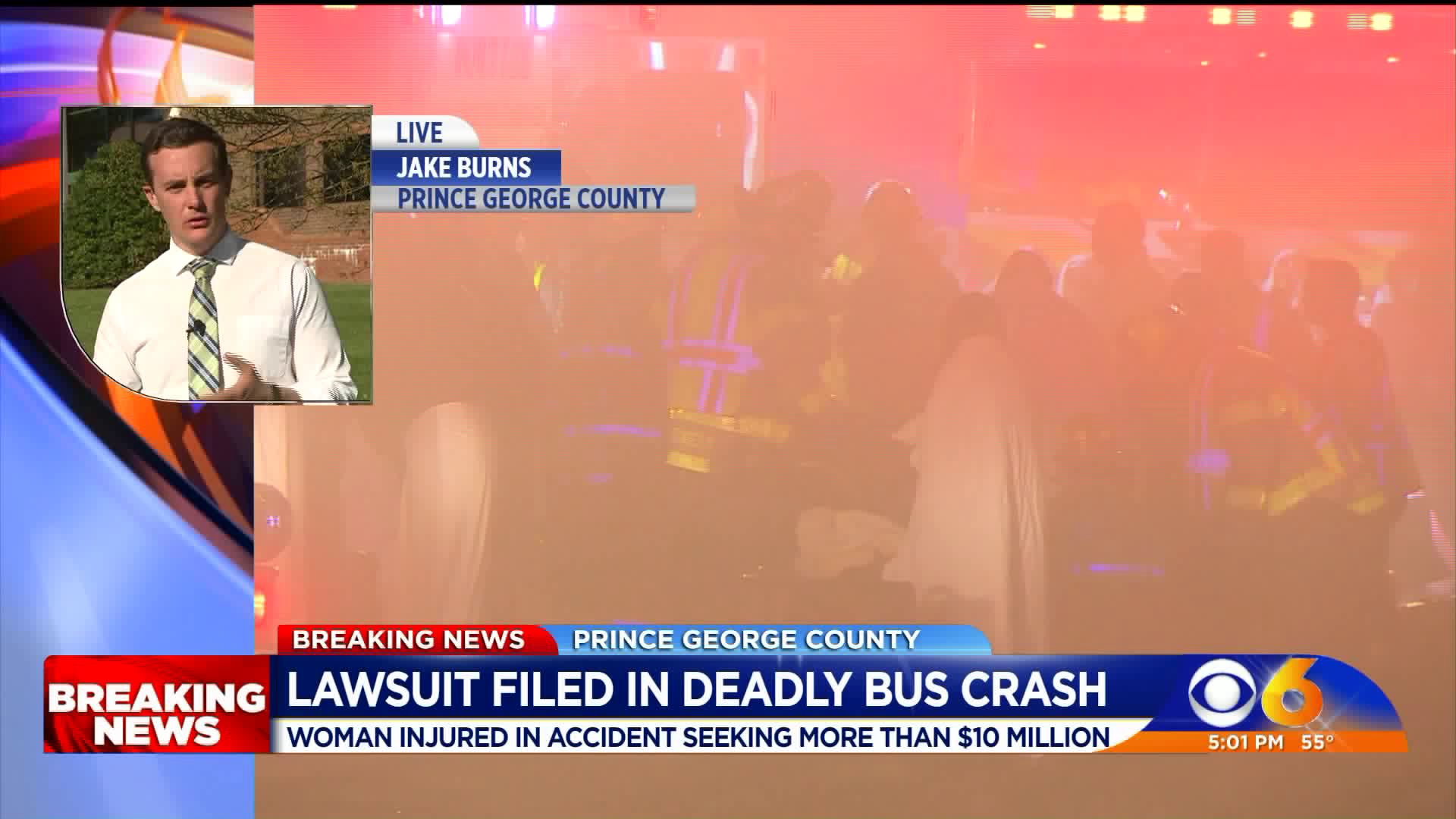 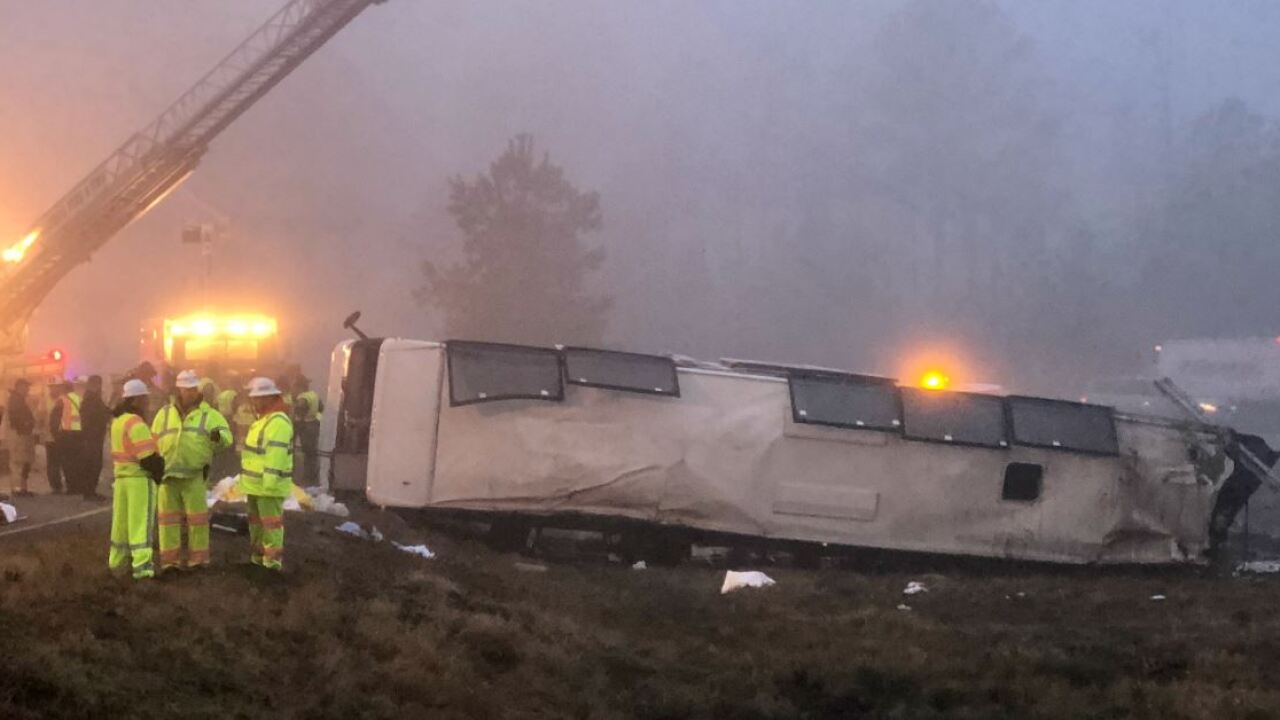 PRINCE GEORGE COUNTY, Va. -- One of the 56 passengers aboard the Tao's Travel Inc. bus that overturned on Interstate 95 in Prince George County killing two people on March 19 has filed a multi-million dollar lawsuit against the driver and travel companies.

Dollar-Moore was returning home from a wedding in South Carolina when the bus crashed in Virginia, according to her attorney Kevin Biniazan.

"Mrs. Dollar-Moore is still in the hospital. She’s being taken care of good doctors here at Southside Regional," Biniazan stated. "She had surgery on her back on Saturday. Fortunately, she’s not paralyzed, but she’s going through a lot right now."

In addition to the two passengers who were killed, dozens more were hurt in the crash.

Dollar-Moore remained hospitalized following surgery for "severe back injuries," according to her lawyers.

Chow, along with Tao Travel, Inc., Starline Coach, Inc., Peaceful, Inc., are named as defendants in the lawsuit. The travel companies named run the bus line from Florida to the bus' destination of New York.

The lawsuit alleged the travel companies "knew or should have known Defendant Chow possessed a propensity for negligent, careless, unsafe, and reckless driving coming in the form of distracted driving, use of a cellular device while operating a charter bus, fatigued driving, and driving at excessive speeds."

Virginia State Police have not said cell phones or driver fatigued were causes of the crash, but did mention excessive speed as a causation.

Chow was ordered to stay in Virginia pending his next bond hearing April 1.

Calls to the travel companies involved in the lawsuit weren't returned on Wednesday.

What we know about Tao's Travel Inc.

The bus involved in the crash is owned by Tao's Travel Inc. CBS 6 researched the company and discovered it is a small business based in Middleton, Massachusetts, according to the Federal Motor Carrier Safety Administration’s website.

The site lists that Tao's has one speeding violation in February of last year and four vehicle maintenance issues including improper exhaust, an oil or gas leak, and no or defective exit window.

The company had been not involved in any crashes, according to federal officials.

Barbour believed the signage on I-95 may be partially to blame for the crash.

"I feel like it maybe could've been avoided. Drivers either run the stop sign and pull out into the traffic or they go across that road thinking it's I-295," Barbour said.

Drivers traveling northbound on I-95 see the exit 45 sign, followed by the 295 exit sign, and then the actual exit 45 off-ramp.

Barbour watched the surveillance videos of the deadly crash captured on store cameras.

"It looked like it went sideways and flipped counterclockwise about two and half times until it landed on its side," he described.