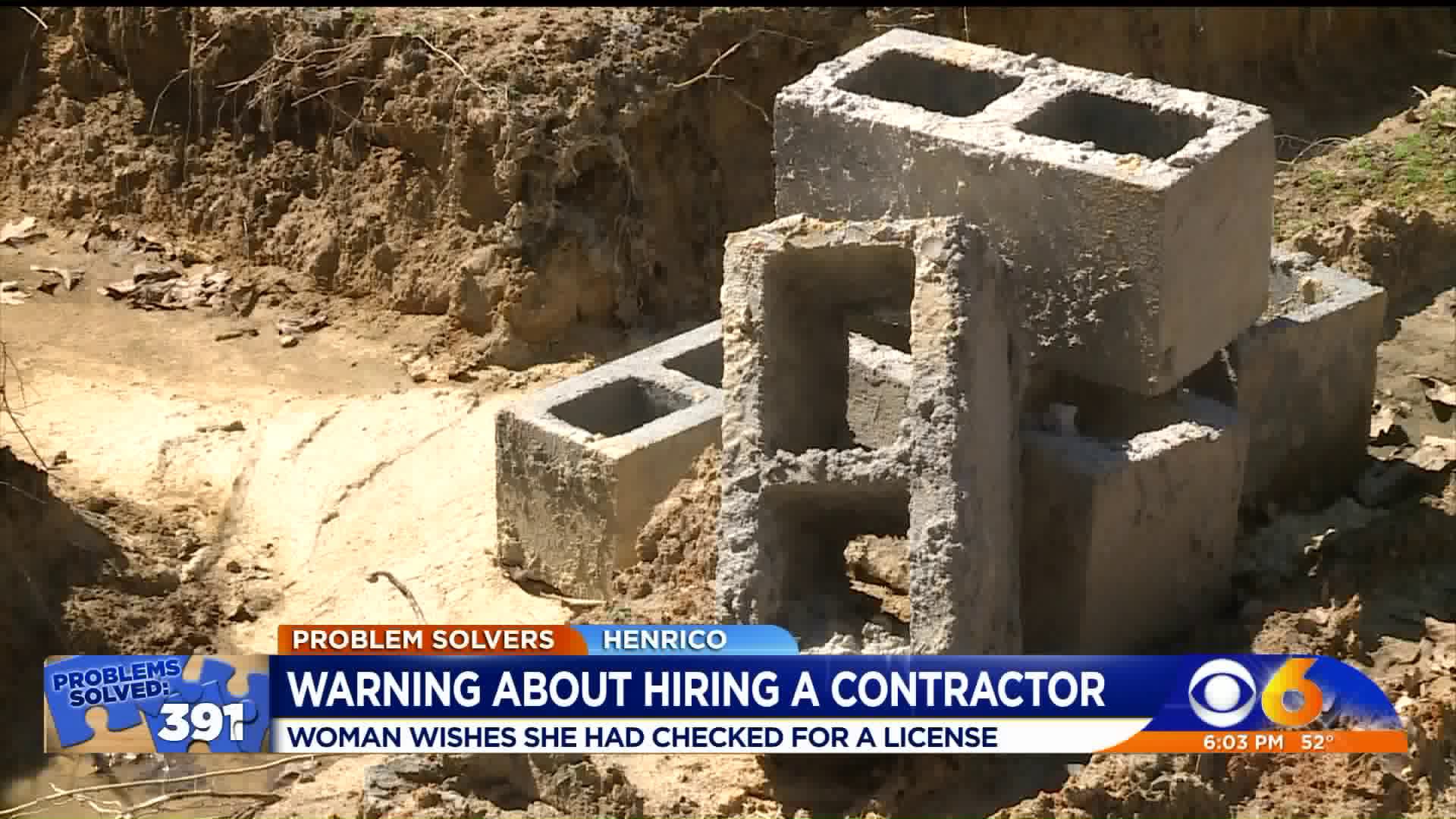 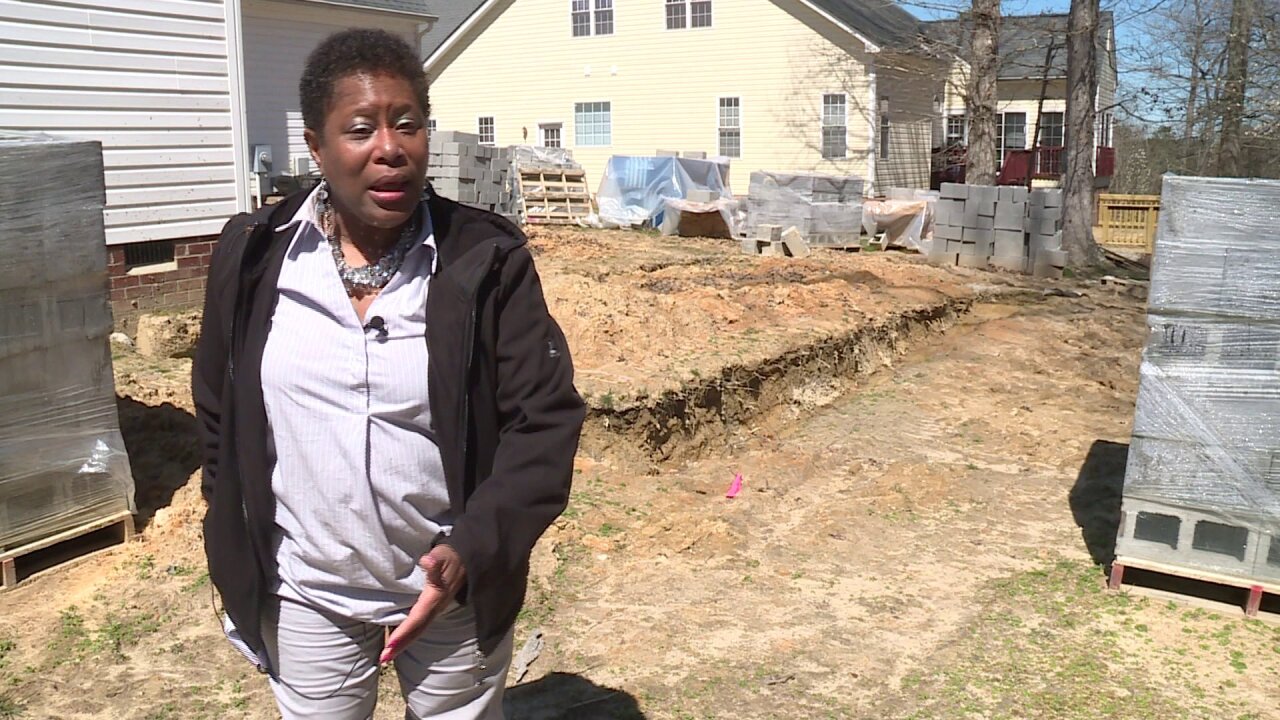 HENRICO COUNTY, Va. -- A local veteran and foster mother has a warning for anyone planning on having work done on their home.

The backyard of Rochelle Roane's Henrico home is in shambles. Roanes hired a contractor to start work on an addition back in October because the family, including her four foster children, needed more living space.

She paid the contractor a $35,000 deposit - but says all she really got after that were empty promises.

"He told me January. Said the walls would be up by Christmas. Thanksgiving came and went. He says I'll have the foundation done and the walls will be up. Then Christmas came and we were still packed inside like sardines," Roane said.

Roane later found out the contractor was not licensed.

CBS 6 reached out to the contractor who admitted the project had dragged on too long and said he was willing to do the work.

But Roane says she just wants a refund, which the contractor has agreed to pay.