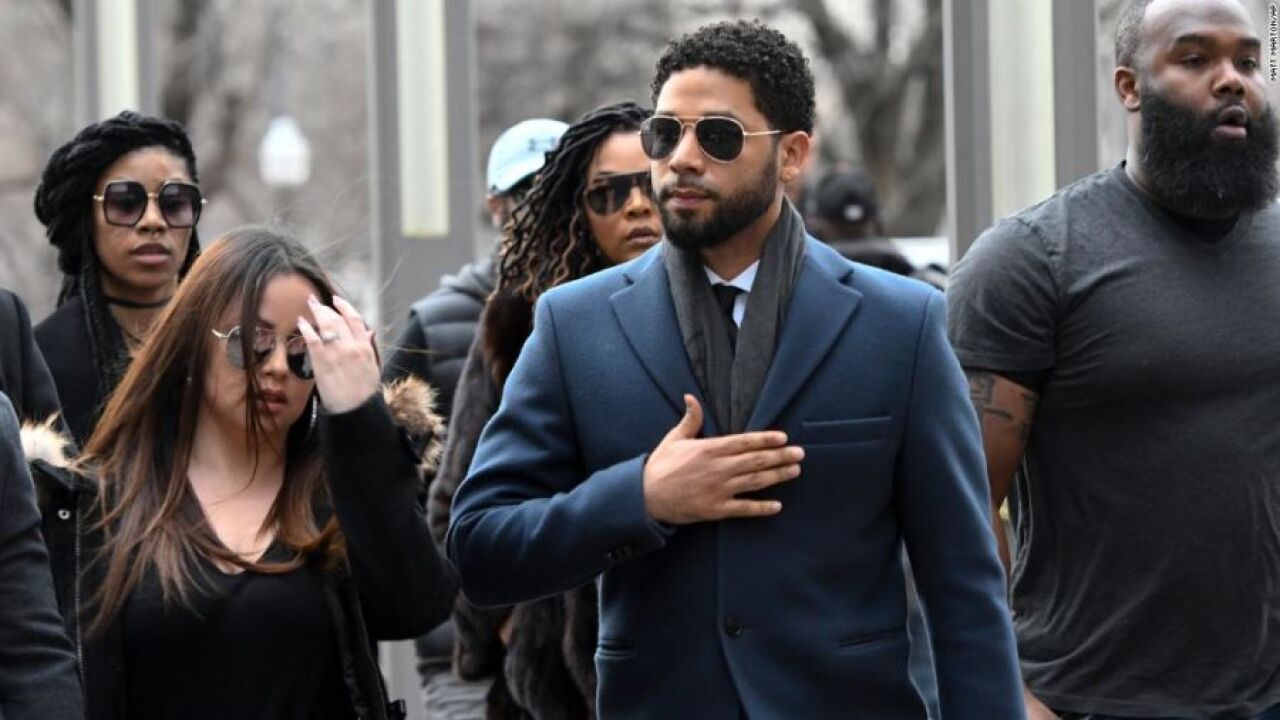 All charges against actor Jussie Smollett — who had been accused of staging a hate crime and filing a false police report about it — have been dropped, prosecutors and his attorneys said Tuesday.

The decision to drop charges is a dramatic reversal in a case in which Chicago police alleged just last month that the 36-year-old “Empire” actor hired two acquaintances to attack him in late January to promote his career.

The Cook County State’s Attorney’s Office didn’t immediately explain why the felony disorderly charges were dropped, except to say it came after reviewing the case’s facts, and in view of his agreement to forfeit his $10,000 bond.

“After reviewing all of the facts and circumstances of the case, including Mr. Smollett’s volunteer service in the community and agreement to forfeit his bond to the City of Chicago, we believe this outcome is a just disposition and appropriate resolution to this case,” the state’s attorney’s office said in a statement.

Smollett, who was indicted by a grand jury earlier this month on 16 felony counts of disorderly conduct, had pleaded not guilty to the charges and denied any involvement in orchestrating an attack. He was in a Chicago courthouse Tuesday morning for an emergency hearing in his case.

His attorneys have long said a lot of misinformation about the case had been publicized. On Tuesday, they maintained that the actor indeed was attacked in Chicago on January 29, and that he has been hurt by “unfair and unwarranted actions” that made it appear as if he staged it.

“He was a victim who was vilified and made to appear as a perpetrator as a result of false and inappropriate remarks made to the public, causing an inappropriate rush to judgment,” a statement released by his attorneys Tina Glandian and Patricia Brown Holmes reads.

“Jussie is relieved to have this situation behind him and is very much looking forward to getting back to focusing on his family, friends and career.”

Smollett reported to police in January that he had been attacked in Chicago in an incident that ended with a noose around his neck and bleach poured on him. Police initially investigated the case as a possible hate crime.

The indictment says Smollett told police he was attacked around 2 a.m. by two men who used racial and homophobic slurs.

After police detained two brothers who were “persons of interest” in the case in mid-February, police sources revealed that authorities suspected Smollett knew the men and allegedly had paid them to stage the attack. The men were released without being charged.

The studio and network behind the television drama “Empire” declined to comment on the charges being dropped against Smollett.

“Many of you have reached out regarding today’s developments in the Jussie Smollett case. As of this time, the studio and network have no comment. I will of course let you know if that changes,” Chris Alexander, a spokesperson for 20th Century Fox Television and the Fox network, said in a statement to CNN on Tuesday.

“Empire” producers decided to remove Smollett’s character, Jamal, from the final two episodes of the season. The decision was made to “avoid further disruption on set,” producers said.