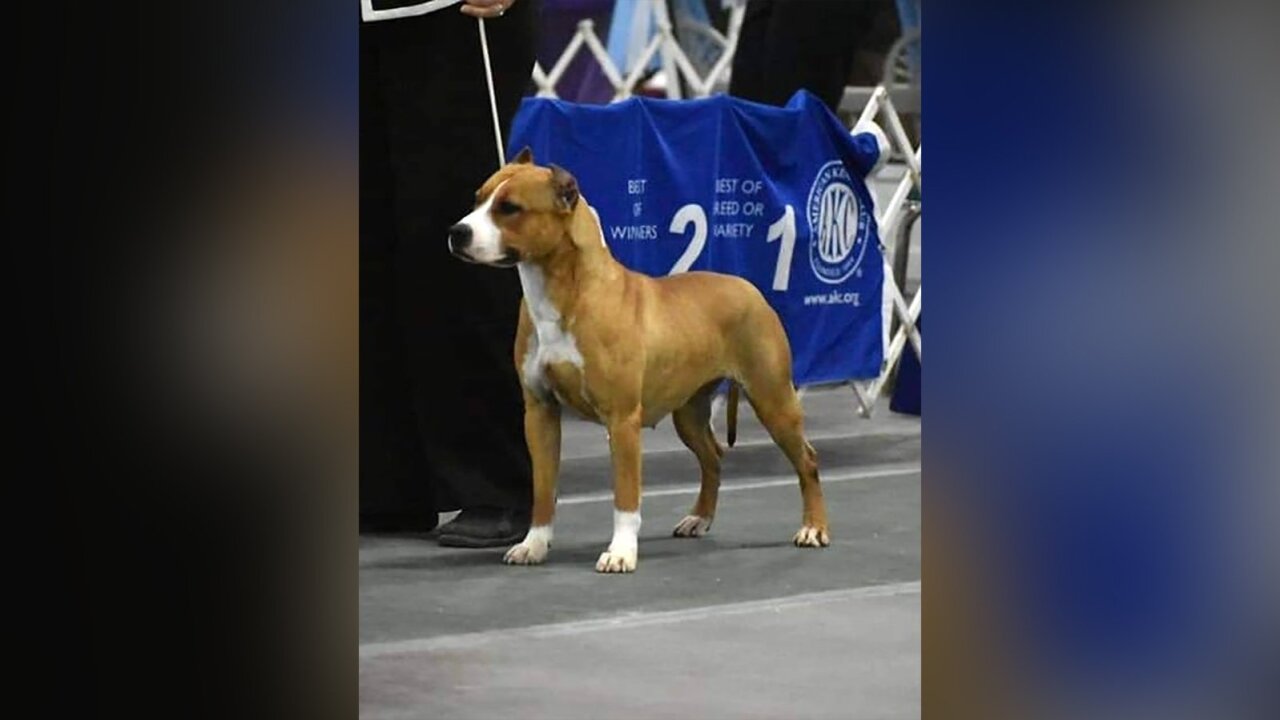 A show dog, flying home to Amsterdam after her last competitive event, has been missing from Atlanta’s Hartsfield-Jackson International Airport for four days now

A show dog, flying home to Amsterdam after her last competitive event, has been missing from Atlanta’s Hartsfield-Jackson International Airport for four days now

A show dog that was flying home to Amsterdam after her last competitive event was found after she’d been missing from Atlanta’s Hartsfield-Jackson International Airport for four days, the airport tweeted.

Gale, a 22-month-old American Staffordshire Terrier, was traveling with her handlers after participating in a dog show in Louisville, Kentucky, on Saturday.

Officials said that Gale broke out of her crate in the airfield as workers were loading the crate into the cargo area of a KLM flight.

“They were waiting at the gate, about to board the flight, when they were called to the desk and told the crate was empty,” owner Floris van Essen told CNN. “All of us were freaked out, to be honest.”

The Louisville dog show was Gale’s last event before she retired to live with the van Essens full time, the owner said.

Gale was spotted on the airfield about 3:30 a.m. Monday by pilots, said airport spokesman Andy Gobeil.

Authorities set up a trap involving food to catch the pooch. She was in a thicket at one point, Gobeil said.

An airport wildlife biologist was one of the many looking for Gale. He spotted her and was out in the airfield calling for her all day on Monday.

“He had lost his voice. But he was out here again early this morning,” Gobeil said Tuesday before the dog was found. “He’s traipsing through the water that we have out there. It’s very very cold. But he is doing everything he can.”

By Tuesday afternoon, Gale’s great escape came to an end. Her handler was calling out for her on airport premises and she ran and jumped into his arms. Even though traps were set, Gale stayed away from them, according to the airport spokesperson.

KLM expressed its “sincerest regrets” in an earlier statement to CNN.

Van Essen and his wife flew to Amsterdam separately. He said that they appreciate the efforts of all involved.

“All the people willing to help, the volunteers, everyone at the airport,” he said. “It’s been heartwarming.”