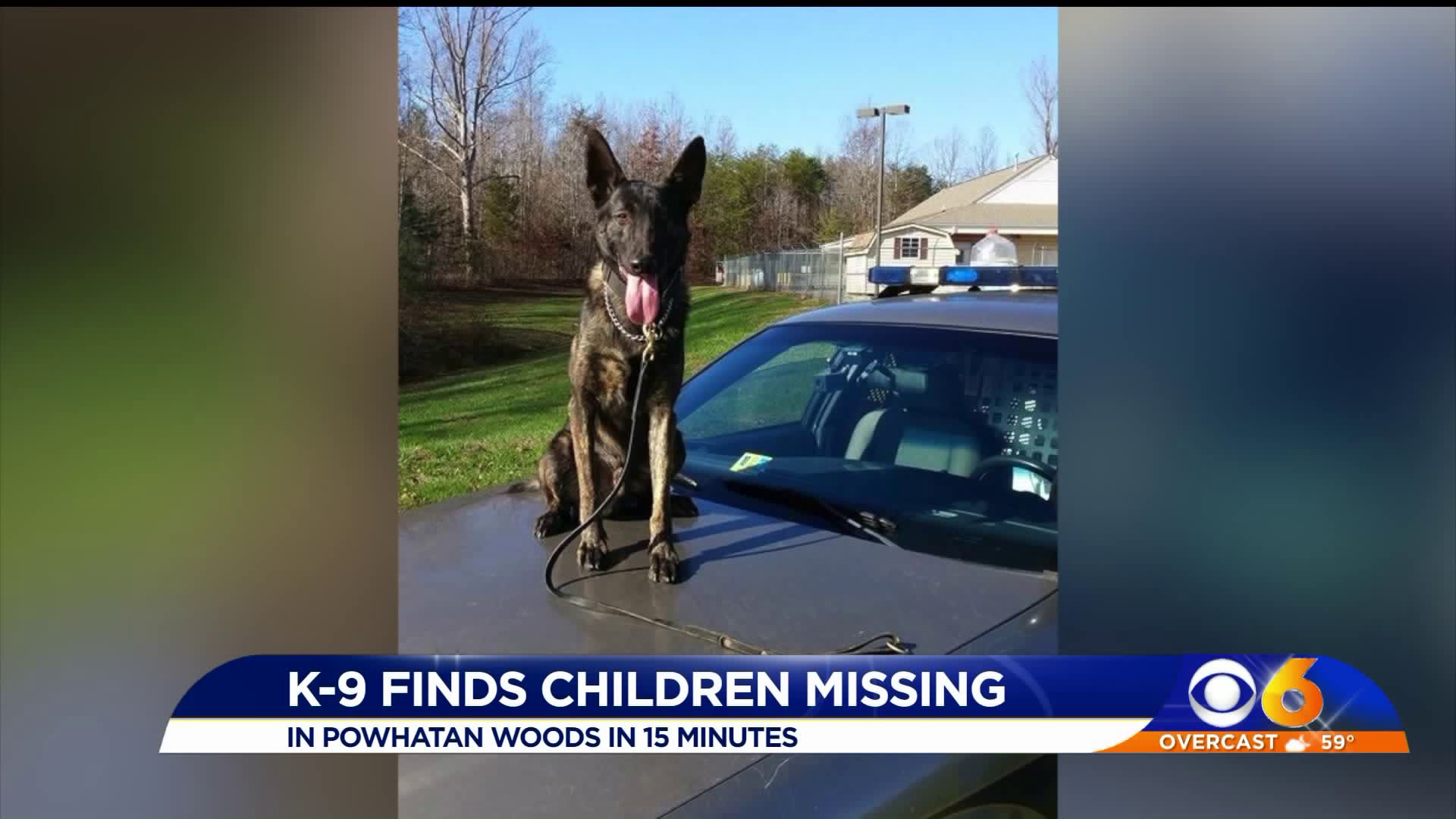 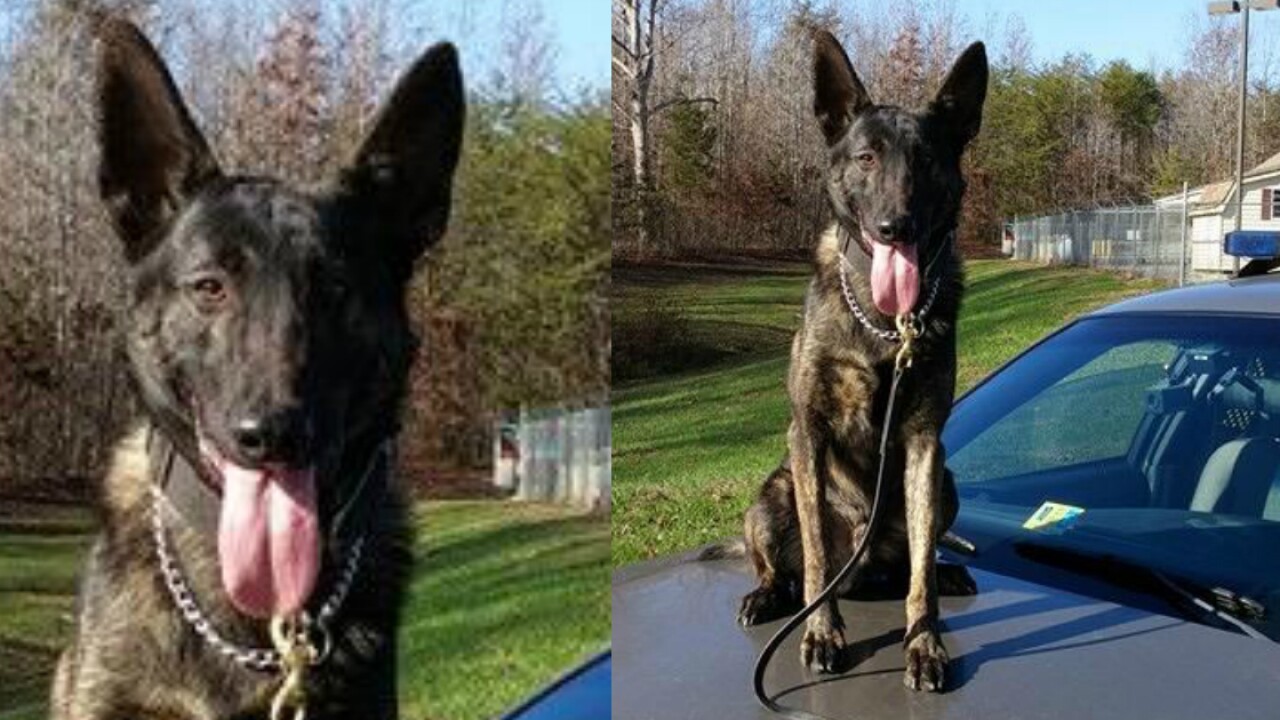 POWHATAN COUNTY, Va. -- A Powhatan Sheriff's Office K-9 is being celebrated for his quick work tracking down two children who got lost in the woods in rural Powhatan County Saturday night.

Deputies said parents and neighbors had been searching the woods for two missing 8 year olds for 45 minutes -- as daylight faded -- before they called the Powhatan Sheriff's Office.

When deputies and a 4-year-old K-9 named Bane arrived, they joined in the search.

"Within 15 minutes of K-9 Bane entering the woods he was able to track and locate the children," officials posted on Facebook. "As soon as the children were home safe he was back on patrol eager for the next call for service."

Bane, a Dutch Shepherd and Belgian Malinois mix, joined the sheriff's office in 2016. His partner is Deputy T.Q. Pasi.