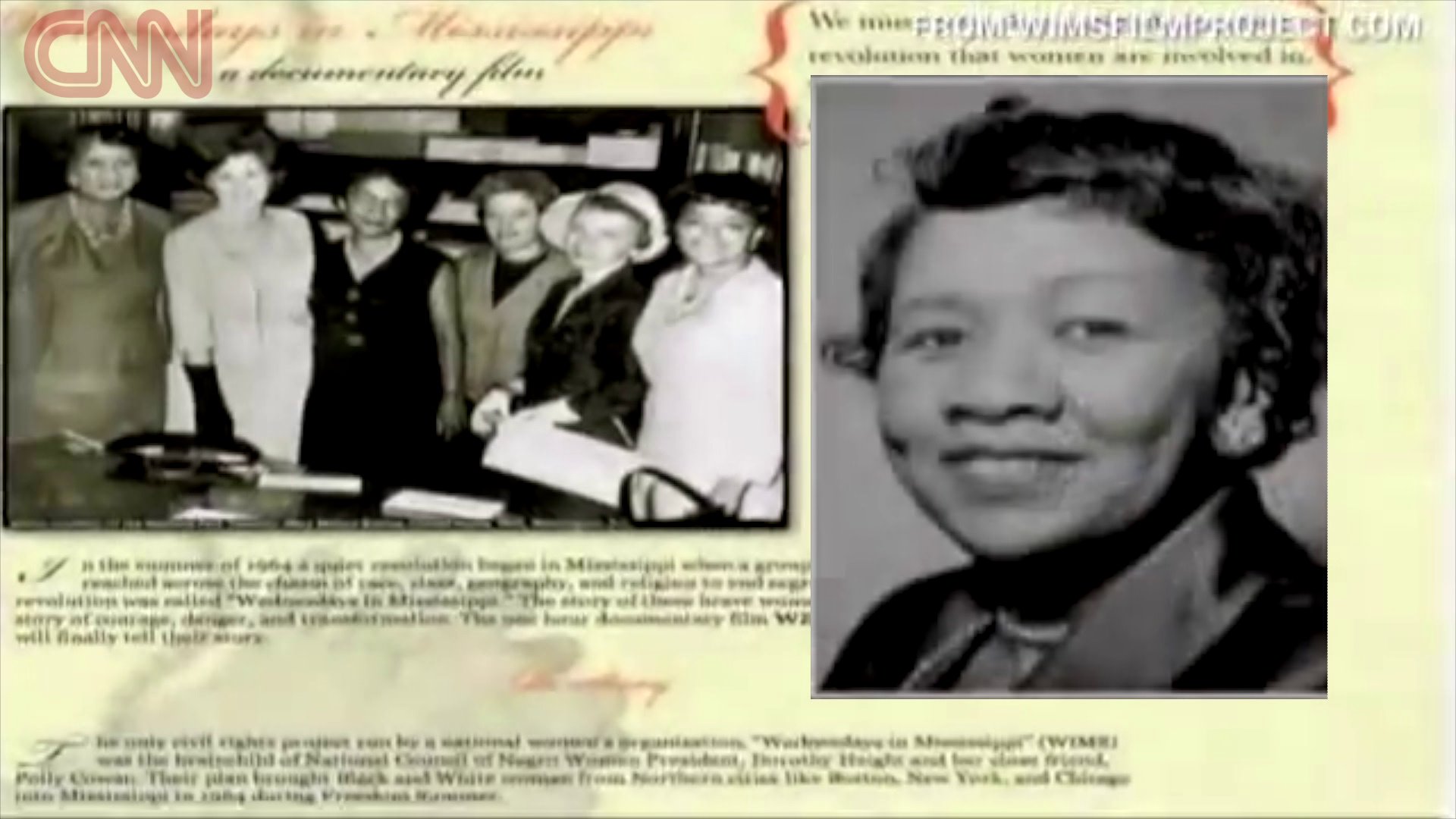 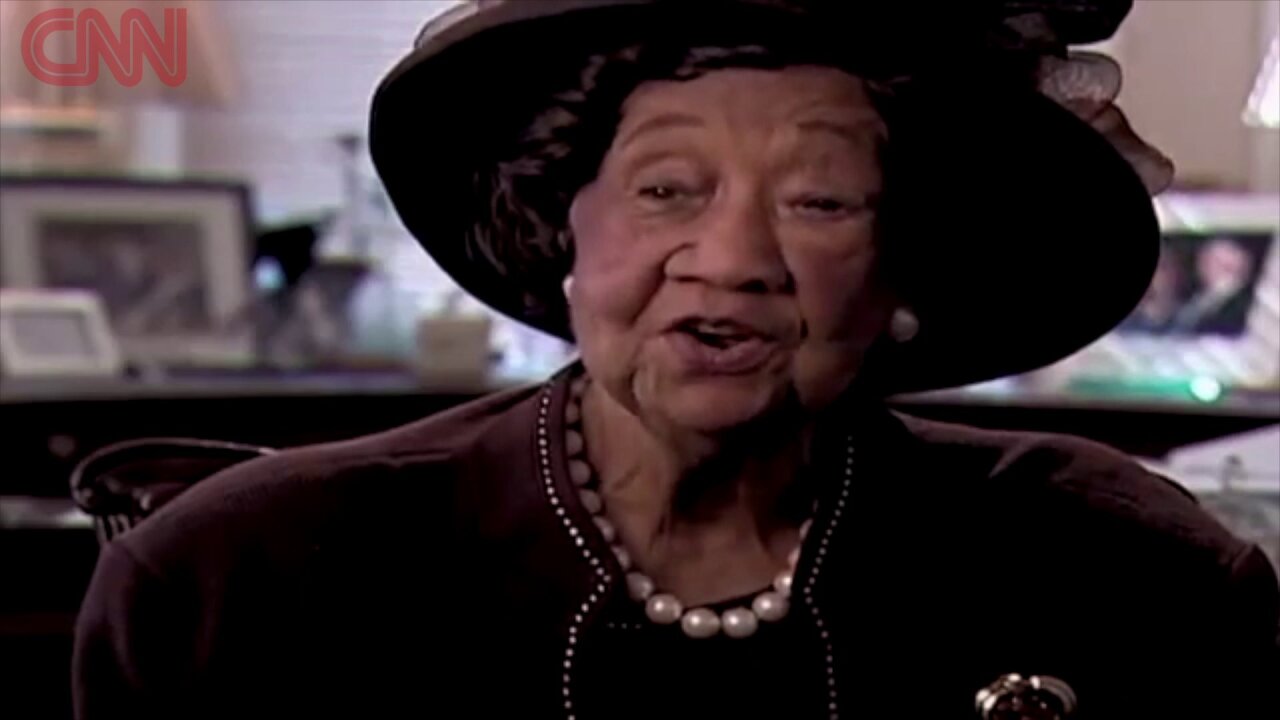 RICHMOND, Va. -- Dr. Dorothy Height was born in Richmond in 1912 and lived in the Blackwell community for four years.  Although her time in Richmond was brief, city and state officials unveiled a permanent historical marker in front of the Hull Street library to celebrate the civil right icon's life of service.

Dr. Height worked closely with Dr. Martin Luther King Jr. and was a chief organizer of 1963 March on Washington.  Her decades of service included work at the Young Women's Christian Council (YWCA) and the National Council of Negro Women.  Dr. Heights served as an adviser on voting rights and economic development issues to several presidents, including President Barrack Obama.

During a celebration prior to the marker's unveiling, multiple speakers praised Dr. Height's work on racial justice and gender equity.

"In his eulogy of Dr. Height at her funeral, President Barack Obama called her the Godmother of the civil rights movement," said Virginia Governor Ralph Northam (D).  "Her story charges us to continue that effort.  We’re called to do our part to complete that work."

"She did say, if the times aren’t right, you have to right the times," said Dr. Colita Fairfax, Norfolk State University.  "She always married civil rights with women’s rights because she knew that black women’s issues are both racial and civil.  She knew that if you lifted black women, the whole community is going to come on up."

Dr. Height's nephew, Jefferey Randolph, said her work was never about the many accolades she received, but lifting communities that have been left behind institutions designed to hold back people of color.

"Okay, yeah, we can go to college, graduate, get your career going and do what you have to do, but if you`re not doing things for others, all those things don`t matter," Randolph said.  "She sacrificed her whole life, everything, for others."

“Given that black women only consist of eight percent of the U.S. population, we know there are plenty of public and private spaces that don’t see us.  Dr. Height said, and I quote, ‘We have to improve life.  Not just for those who have the most skills and those who know how to manipulate the system, but also for those and with those who often have so much to give, but never get the opportunity,’" Dr. Fairfax said. 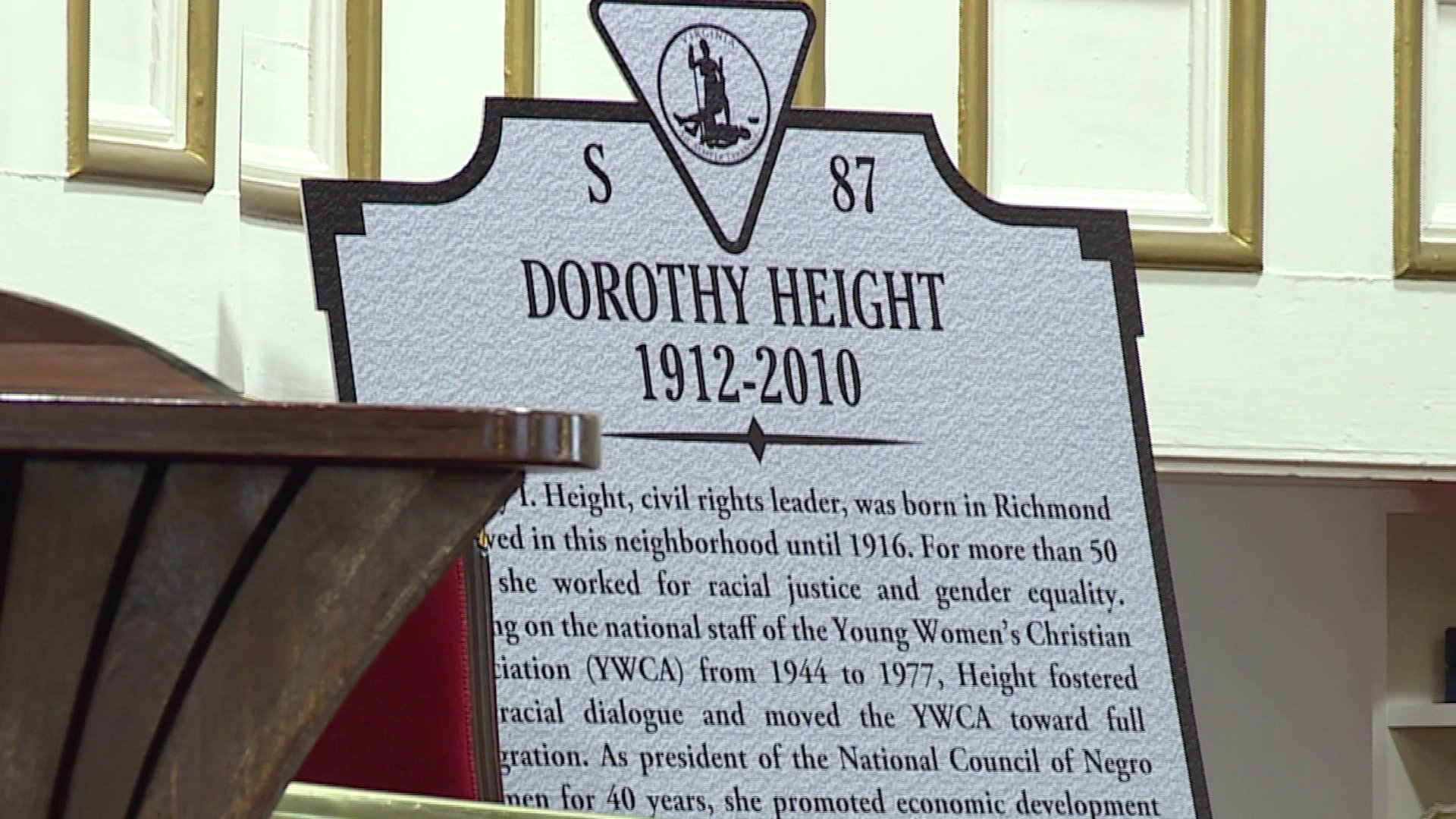 Historic highway markers are not erected to honor the figures, according to the Virginia Department of Historic Resources.  Instead, they are intended to educate and inform the public about a person of great significance to our country and community.  Richmond Mayor Levar Stoney said he hopes the marker inspires a new generation of young people to aspire to serve like Dr. Height.

"When a child walks down the street on Hull Street, they can be proud too that this giant right here, they could be just like her," Stoney said.  "They could be Dr. Dorothy Height; they could be Barak Obama.  But it took others, trailblazers way before us, to knock down that door."

Dorothy I. Height, civil rights leader, was born in Richmond and lived in this neighborhood until 1916. For more than 50 years she worked for racial justice and gender equality. Serving on the national staff of the Young Women’s Christian Association (YWCA) from 1944 to 1977, Height fostered interracial dialogue and moved the YWCA toward full integration. As president of the National Council of Negro Women for 40 years, she promoted economic development and voting rights and advised United States presidents. She worked closely with Dr. Martin Luther King Jr. and was a chief organizer of the March on Washington in 1963. Height was awarded the Presidential Medal of Freedom in 1994.

You can read more about Dr. Heights here.