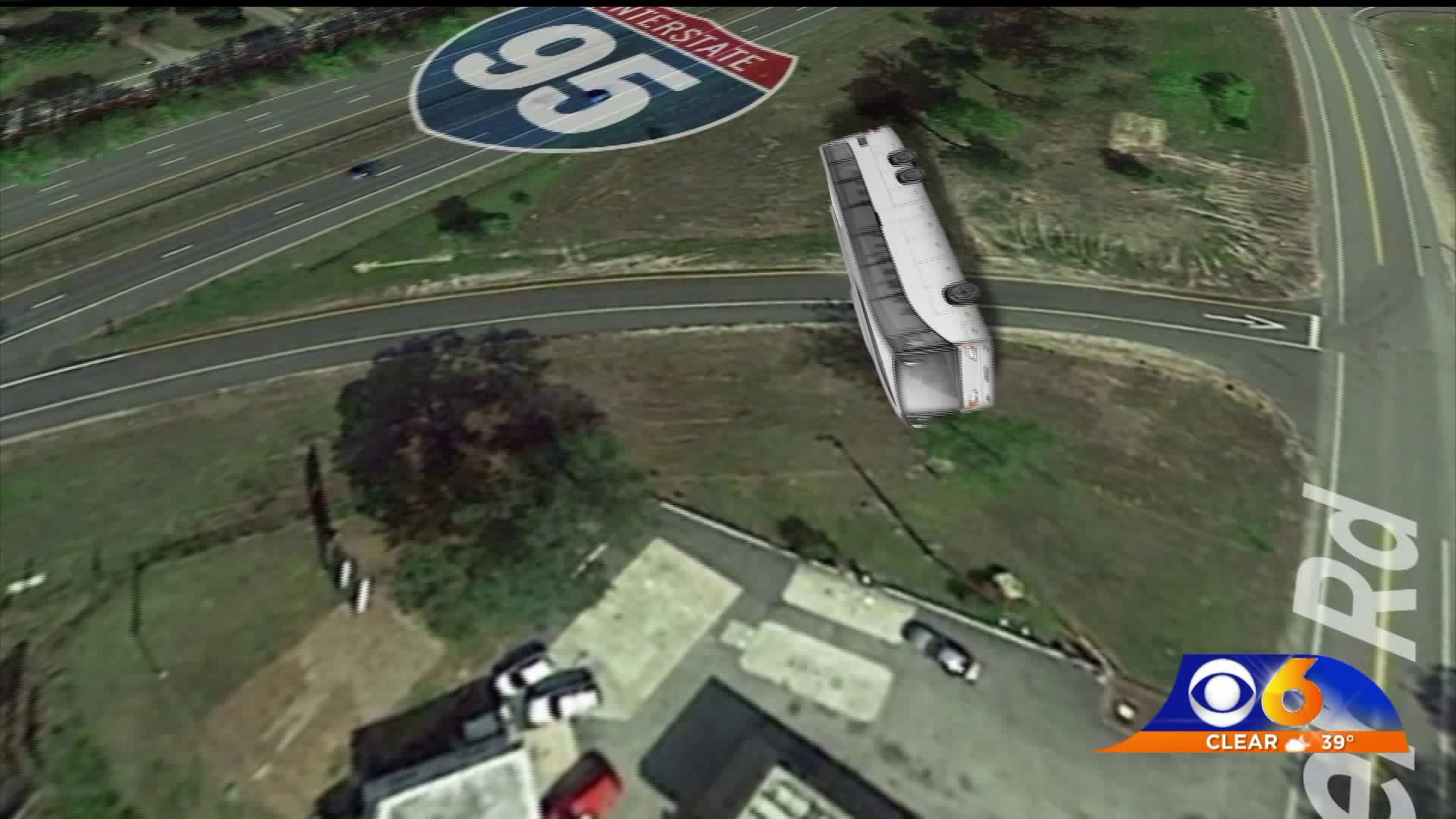 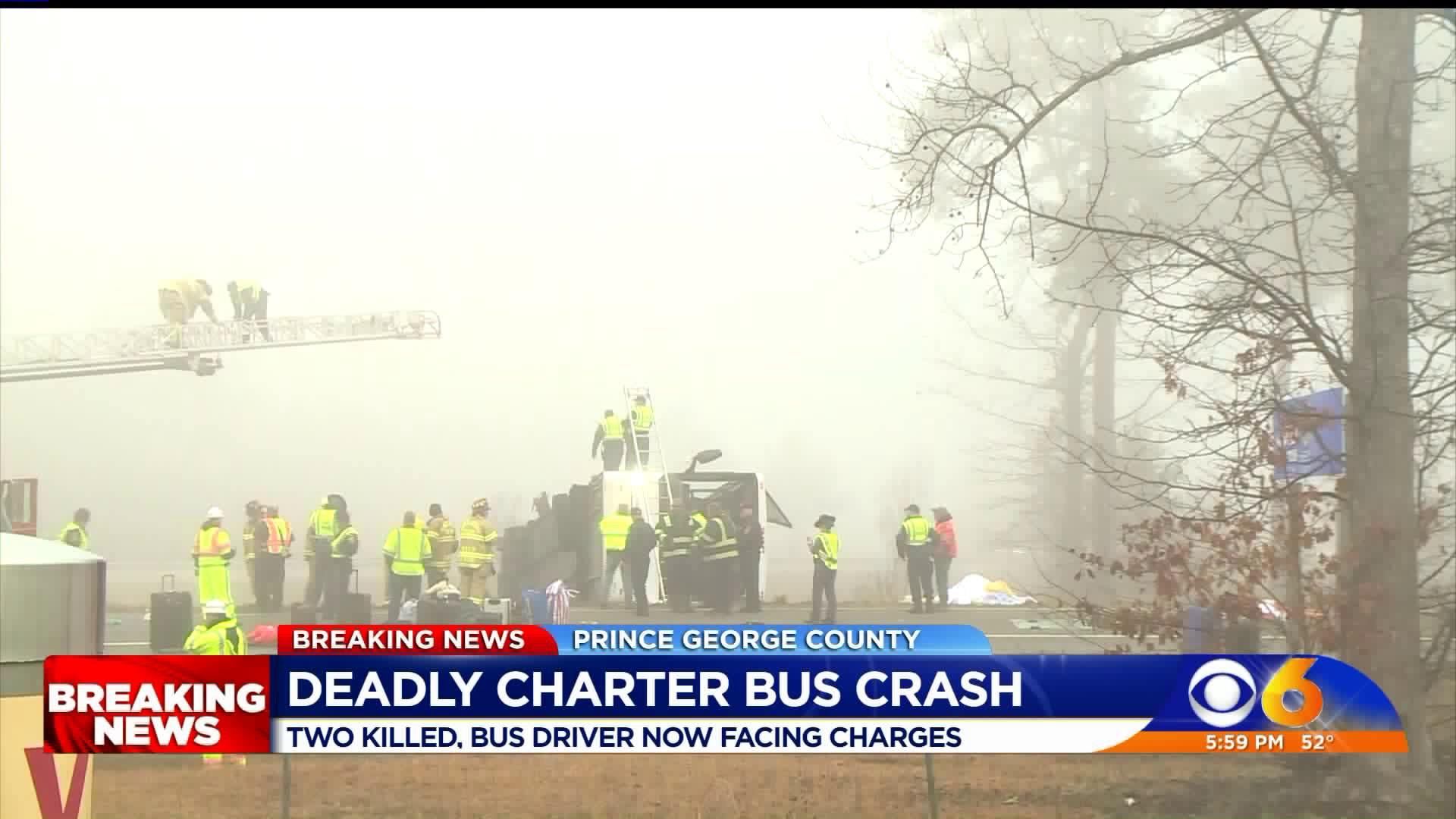 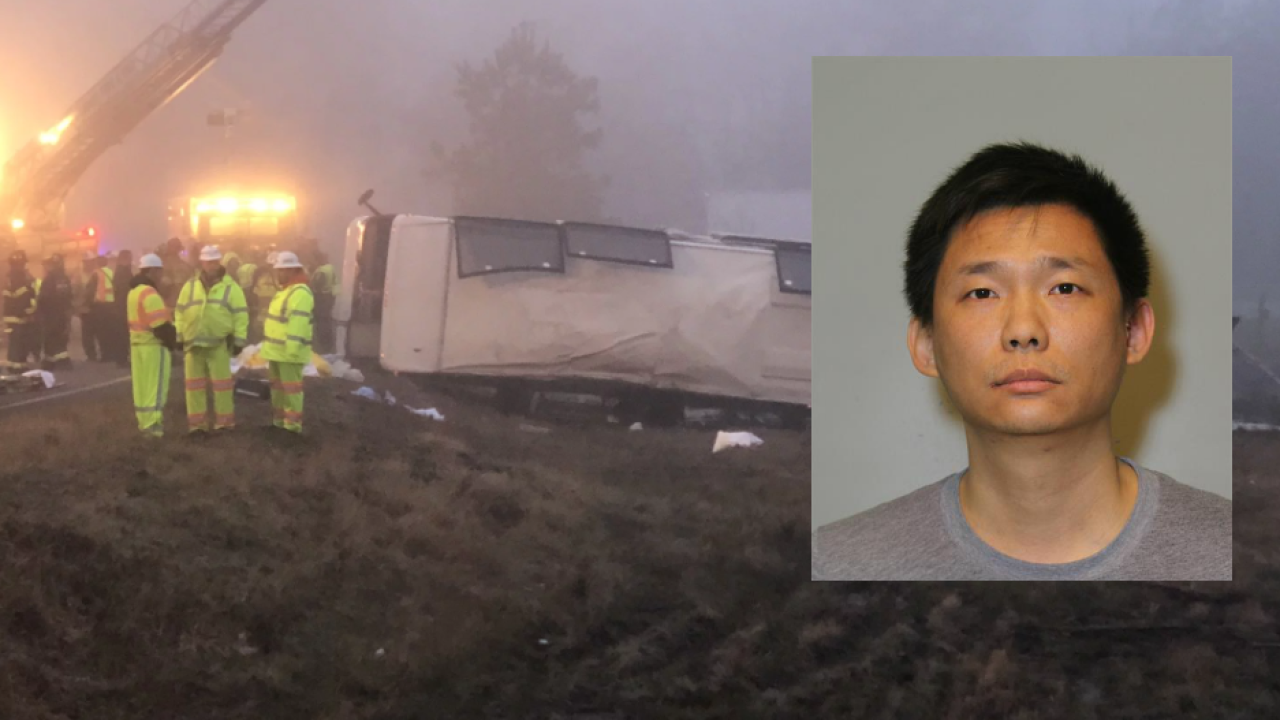 PRINCE GEORGE COUNTY, Va. -- Two people were killed and several others hurt when a Tao's Travel Inc. bus overturned on Interstate 95 in Prince George County Tuesday morning. The driver of the bus has been charged in connection to the crash.

"The bus was headed north on I-95 when it attempted to take the exit ramp. The vehicle ended up running off the left side of the ramp and overturned," Virginia State Police spokesperson Corinne Geller said. "The bus's route began in Florida with a final destination of New York."

CBS 6 has confirmed that the bus was traveling from Orlando, Florida. The bus stopped in Rocky Mount, N.C., to switch drivers and was continuing north to New York City when the crash occurred in Prince George County.

Virginia State Police on the scene referred to the crash as a "mass casualty" situation, meaning multiple people could be hurt. 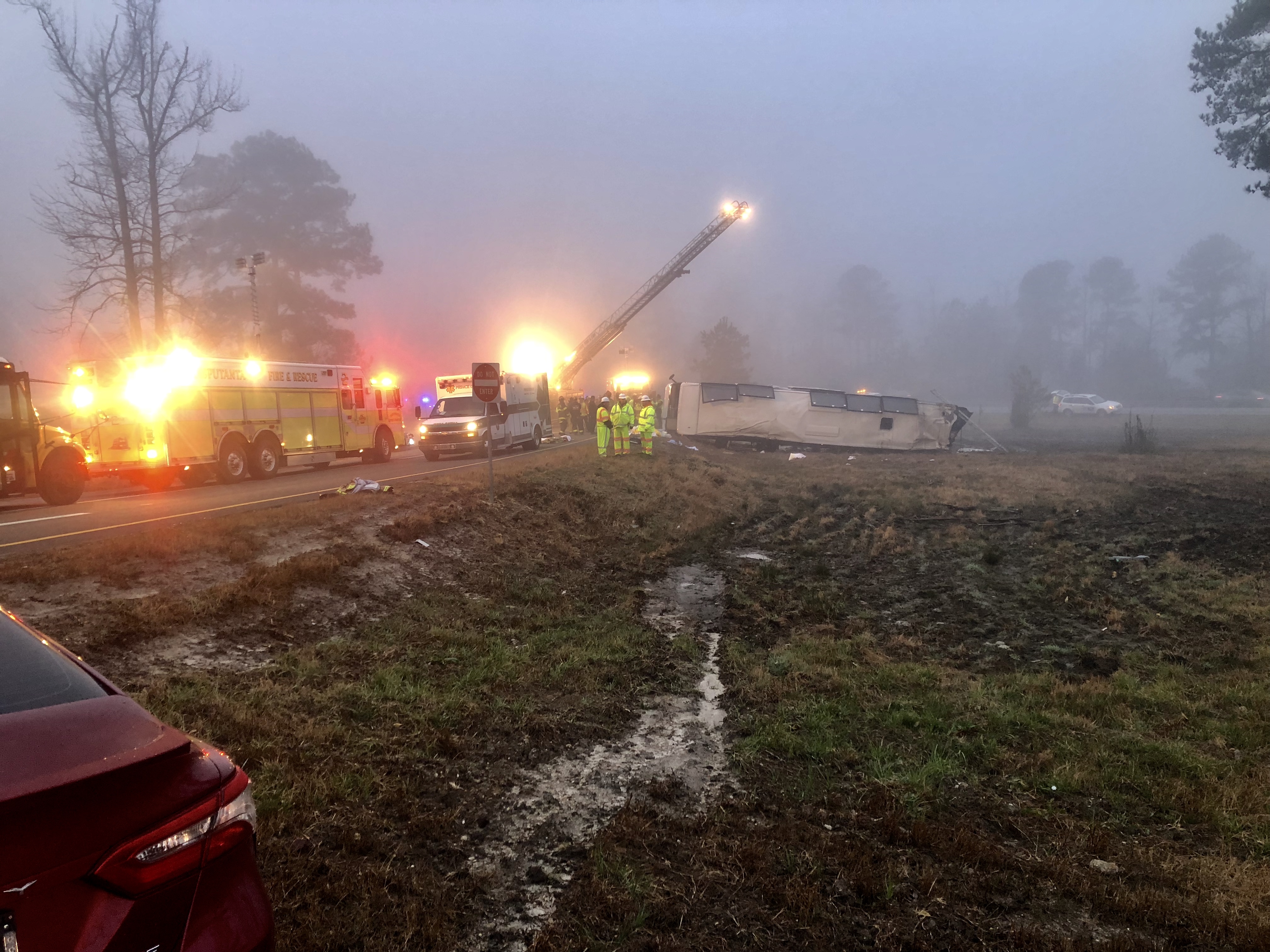 "There are two confirmed fatalities - an adult male died at the scene and an adult female died a few hours later at a nearby hospital. The state police is still in the process of locating and notifying their next of kin," Geller said.

Yui Man Chow, the 40-year-old bus driver from Staten Island, New York, has been charged with two counts of involuntary manslaughter, according to state police. He was not injured in the crash. He is currently being held on bond at Riverside Regional Jail.

How family members can reunite with loved ones

Once patients are released from the hospital, they will be transported to the Family Reunification Center in Prince George County.

What we know about Tao's Travel Inc.

The bus involved in the crash is owned by Tao's Travel Inc. CBS 6 researched the company and discovered it is a small business based in Middleton, Massachusetts, according to the Federal Motor Carrier Safety Administration’s website.

The site lists that Tao's has one speeding violation in February of last year and four vehicle maintenance issues including improper exhaust, an oil or gas leak, and no or defective exit window.

The company had been not involved in any crashes, according to federal officials.

Evan Barbour, a Shell Gas Station employee on South Crater Road in Prince George County says he sees accidents at the intersection all the time. Barbour believes the signage on I-95 is partially to blame for the crash.

"I feel like it maybe could`ve been avoided they either run the stop sign and pull out into the traffic or they go across that road thinking it`s 295," Barbour said, explaining that drivers traveling northbound on I-95 see the exit 45 sign, before the 295 exit sign, followed by the 301 off ramp.

Barbour watched the surveillance videos of the deadly crash captured on store cameras.

"It looked like it went sideways and flipped counterclockwise about two and half times until it landed on its side."

This is a developing story. Witnesses can send news tips. photos, and video here.

UPDATE: @VSPPIO confirm at least one dead and others injured in crash involving a bus in Prince George County. @CBS6 pic.twitter.com/Z61BBrwqKn