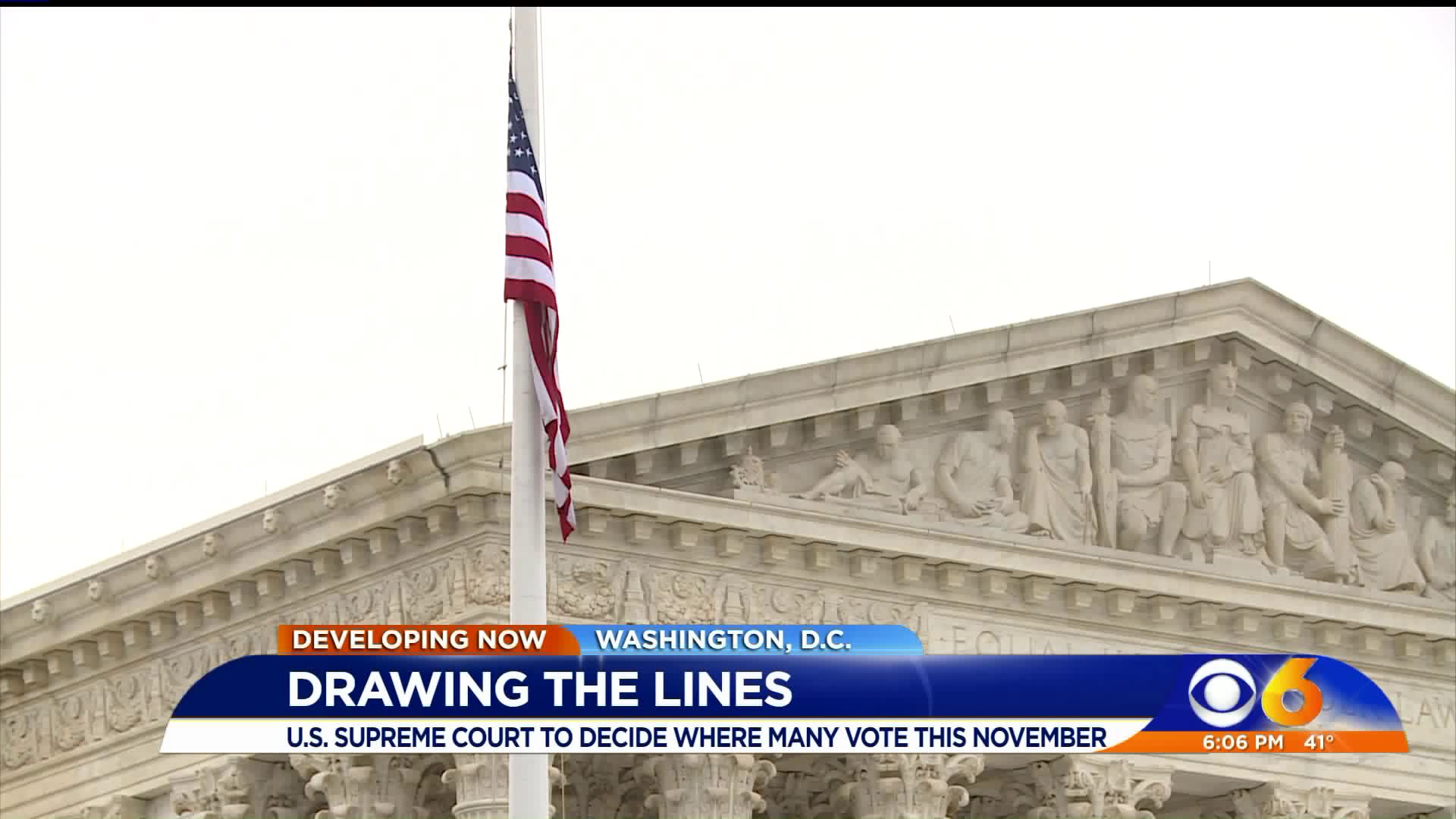 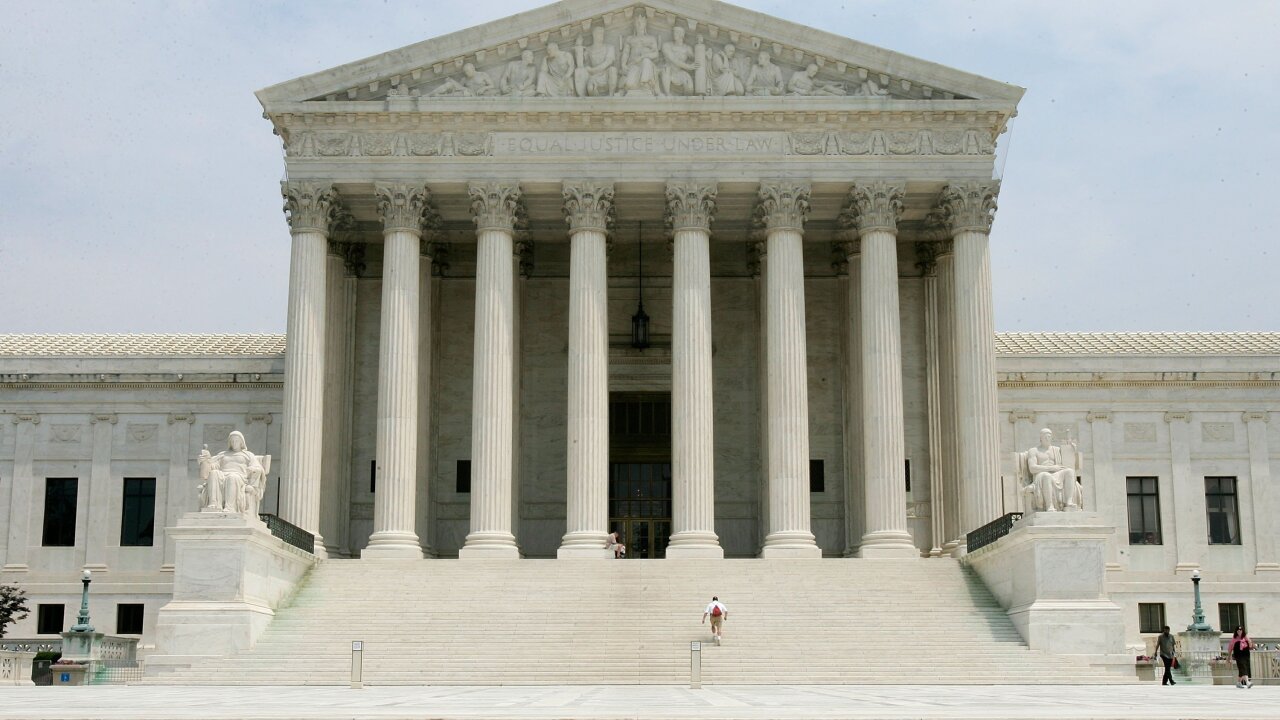 WASHINGTON, D.C. -- No one directly involved in the case wanted to predict what may happen, but oral arguments before the Supreme Court of the United States gave the first look at how the nine justices view key points of contention in the case of alleged racial gerrymandering in certain House of Delegates districts.

More than 370,000 voters in 25 House districts were moved under the new plan, according to the Virginia Public Access Project (VPAP). Virginia House Republicans are asking the Supreme Court to vacate the lower court ruling that found 11 minority-majority legislative districts were racially gerrymandered when they were initially drawn in 2011.

There are two overarching legal questions in the case: does the House have standing to appeal to the Supreme Court, and then if the court thinks they do, was the lower court finding of racial gerrymandering correct?

Several liberal Justices, but not all, seemed convinced that the House does not have standing to bring the case. Virginia Attorney General Mark Herring, a Democrat, has allowed Republicans to intervene in defending the 2011 maps during lower court proceedings but declined to bring the appeal to the Supreme Court.

Justice Ruth Bader Ginsberg questioned why the House should be allowed to bring the appeal since they only represent one chamber of Virginia’s legislative body. Justice Sonia Sotomayor continued the law governing map drawing “doesn’t belong to the House” alone since Virginia’s Senate and Governor have roles in the process.

Paul Clement, the attorney representing GOP leaders in the case, said the court-drawn maps directly harm the House because they impact who state lawmakers represent and take their mandated map-drawing power away.

Justice Stephen Breyer, who usually sides with the liberal justices, questioned Mark Elias, the democratic siding lawyer representing the Virginia voters challenging the maps, about who would fight for Virginia’s approved maps if the Democratic A.G. and Governor chose not to because it benefits them politically.

U.S. Justice Department officials have intervened in the case, arguing the House does not have standing to appeal because they cannot show the body as a whole is harmed by changing district lines.

During questioning of Justice attorney Morgan Ratner, conservative justice Samuel Alito said under legal standard in cases like this injury to a party does not have to be large and it cannot be said the changes to the maps “don’t cost [the House] a dime.”

One the second question, whether Republicans used race as the main factor in drawing the lines in the 11 challenged districts, the justices were much more split in their questioning.

The lower court ruled that Republican lawmakers unfairly packed black voters into some districts thus diluting their voting power and favoring GOP candidates in other districts. Attorneys for the House said race was a factor in drawing the lines in 2011, but they said it was far from the only one considered. The challengers said a 55% black voter population floor was used "across the board" in the challenged districts and resulted in a "pattern of racial sorting" that was "stark.”

Justice Sotomayor said after reviewing evidence in the case it was hard to imagine that race was not the main factor in drawing the lines of the challenged districts. Sotomayor said in certain cases, districts were drawn “down the middle of the street” in neighborhoods to separate black voters and white voters in an area.

Justice Alana Kagan stated the Court has made it clear through previous rulings that in redistricting cases legislatures must a “district by district” analysis must be done to determine if the race predominated the line drawing decisions. Kagan hinted the House Republicans did not clearly do that in this case given their use of the 55% black voter population in all 11 districts, which were all very different areas.

Chief Justice Roberts said the rulings put the Supreme Court in an “awkward” position because the first panel found Del. Jone’s explanations credible, while the second court did not.

The newest member of the Supreme Court, Justice Brett Kavanaugh, pointed to the fact that both Democrats and Republicans agreed the 11 challenged districts should remain majority-minority following the 2011 redistricting process, so Kavanaugh wondered aloud why the 55% black voting population floor used by House Republicans was “problematic” given that fact.

The discussion in the nations highest court may be the final stanza in a case that has stretched into its fifth year and cost millions of dollars in taxpayer money for legal fees.

The decision by SCOTUS, to either reject the appeal and uphold the court-drawn map or accept the case and potentially reinstate the use of the original 2011 House map, will only impact the 2019 House of Delegates election since redistricting will take place once again following the 2020 census.

But with Republicans holding only a two-seat margin, both parties have a major interest in the Justices’ decision. The party in power in 2021 will control the redistricting process for the House, Senate, and Congressional districts.

"I thought the map was very thoughtful. It got pre-cleared by the [Obama] Justice Department,” said Speaker of the House Kirk Cox (R-Colonial Heights) following the hearing. “Please remember that the Democrats sued all over the nation. I think part of this was to overturn legitimate elections.”

“I chose not to appeal,” said Attorney General Herring. “This case has cost Virginians four years, multiple elections under unconstitutional districts, and probably more than $10 million, most of which was spent by House Republicans to defend racial gerrymandering.”

Court watchers expect a ruling from the Supreme Court in either May or June, only weeks before primary elections are scheduled for races across Virginia. Political analysts said the late timeframe could throw “confusion” into the campaign process.