Goldman Sachs says it must hire more women and minorities 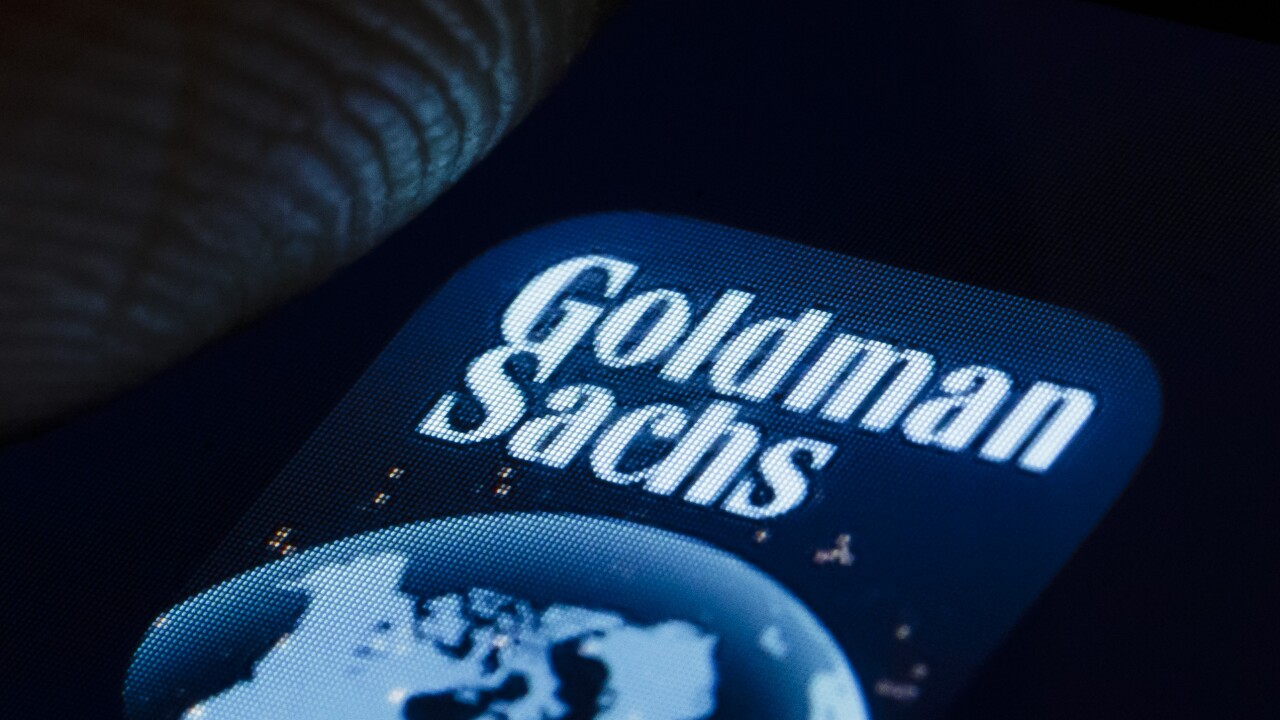 BERLIN, GERMANY – JANUARY 02: In this photo illustration the logo of American multinational investment bank and financial services company The Goldman Sachs Group, Inc. is displayed on a smartphone on January 02, 2019 in Berlin, Germany. (Photo Illustration by Thomas Trutschel/Photothek via Getty Images)

Goldman Sachs has a plan to hire more women and minorities.

The bank did not set a deadline for these goals but said it would work to improve each year.

“Fundamental change takes time, but if we’re rigorous in our execution of incremental change, we will make it happen,” CEO David Solomon, President John Waldron and Chief Financial Officer Stephen Scherr said in a email to employees.

Managers will be asked to interview two or more “qualified diverse candidates” for all non-entry level associate, vice president and managing director positions, according to the memo.

Additionally, the bank intends to scrutinize its pipeline for managing directors earlier in the promotion process, which takes place every two years, and to hold business heads accountable for improving diversity.

“The extent of their efforts will become an important part of what is considered as we pay and promote managers,” Solomon, Waldron and Scherr said.

The announcement comes as global companies prepare for the mandatory release of gender pay gap data in the United Kingdom this spring.

The bank has work to do, even though it pays “women and men in similar roles with similar performance equally,” Solomon and his team said Monday.

“We need to improve senior representation in order to change the results of these measures, and we are confident that the steps we’ve outlined will help us, over time, increase our representation of all diverse professionals at senior levels,” they said.

Solomon, who took over as Goldman’s CEO last October, has said diversity is a priority for him. The announcement builds on his pledge last year for women to make up 50% of Goldman’s incoming analyst class by 2021.

Goldman’s diversity approach differs from that of Citigroup, another top bank which competes with Goldman for talent.

Citi in January released global pay data that hadn’t been adjusted for factors such as education, experience and location — going beyond what it’s required to unveil in the United Kingdom.

The bank found that women earned 29% less than men in 2018. It also said that median pay for American minorities is 93% of the median for non-minorities.

As a result, the company said that by the end of 2021, it wants to increase representation at the assistant vice president and managing director levels to at least 40% for women worldwide, and 8% for black employees in the United States.

https://s3.amazonaws.com/cnn-newsource-image-renditions-prod/BIZ_GOLDMAN_SACHS_DIVERSITY_HIRI/S106863584_thumbnail.JPG
Copyright 2020 Scripps Media, Inc. All rights reserved. This material may not be published, broadcast, rewritten, or redistributed.