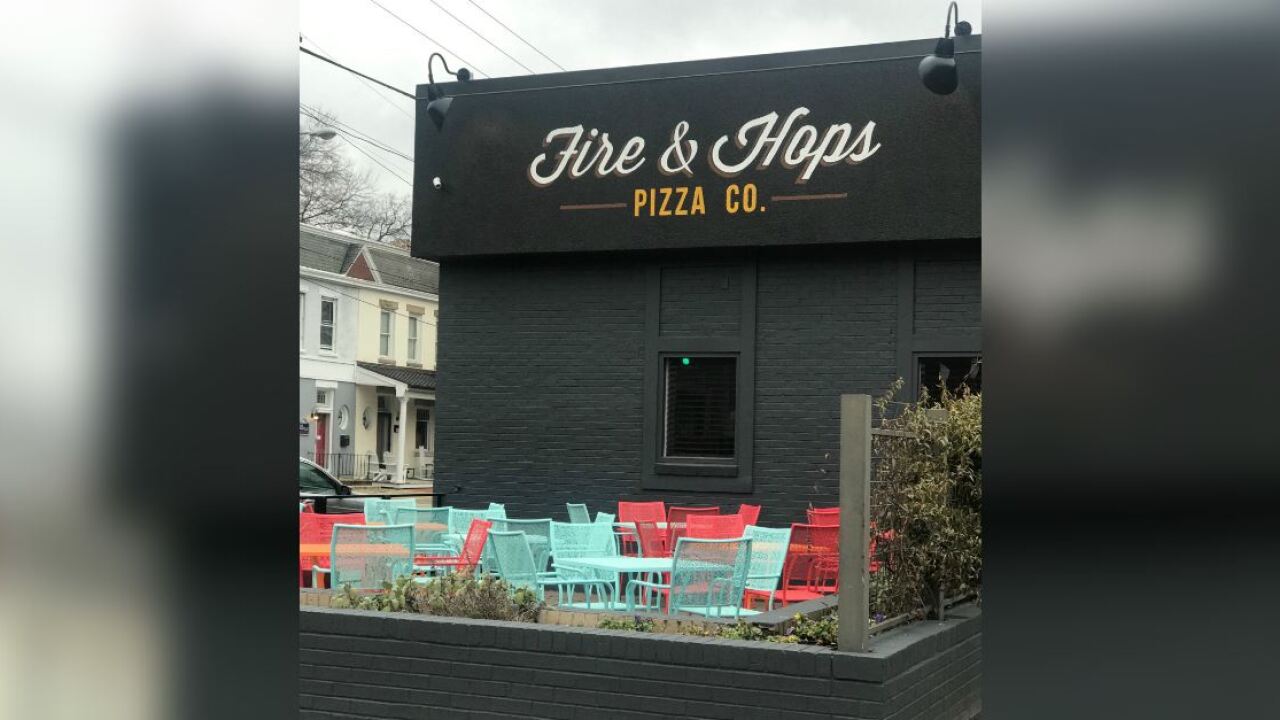 Joe Conigliaro remembers how his Sicilian grandmother would spend hours shaping her pasta by hand, making enough to feed the dozens of family members coming over weekly for Sunday dinner. Each noodle was made with vast amounts of love — an ingredient that can be hard to find in meal, he said.

When Fire & Hops Pizza Co. opened its doors at the end of January, people in the neighborhood were ready.

“We’ve already established some regulars,” Conigliaro said. “The neighborhood has been anticipating us and it’s been exciting.”

This is not Conigliaro’s first rodeo.

For the last 27 years, his family has operated the established Italian restaurant Sergio’s in Brandermill.

Conigliaro and two of his cousins — Antonio Altadonna of Lakeside Arianna’s and Filippo Altadonna of Pietro’s Pizza & Italian in Chester — jumped on the opportunity to grow roots in the city when pizzeria Stuzzi closed its doors last year.

Lately in Richmond, pizza shops have risen faster than dough in a proofer. In addition to the national chains, there are the local classics: 8 ½, Arianna’s, Bottom’s Up, Mary Angela’s and Piccola Italy.

That’s in addition to a smattering of restaurants that feature, not focus on pizza — such as Sidewalk Cafe, Tazza Kitchen, and Triple Crossing.

Is there too much pizza in Richmond? Is that even such a thing? What does it takes to stand out and be successful in the pizza world?

“I think there’s room for everybody,” food writer and Eat It Virginia! podcast host Robey Martin said. “There are a ton of spots which show historically that Richmond can handle it—like Mary Angela’s.”

Despite the name, Fire & Hops Pizza Co. isn’t all pizza and beer.

The restaurant may center around a pizza oven that uses a combination of wood and gas, but the menu branches out to include sliders and tacos.

But it’s still all about the dough.

Conigliaro recently took a class with 13-time world pizza champion Tony Gemignani. He learned to perfect the dough he’s been making for almost 30 years, along with tricks of the trade one could only learn from a pizza champ — such as how to produce great texture and flavor in just three minutes.

“He’s very passionate about what he does; that’s what makes him an expert,” Conigliaro said. “We did some research for the dough on how long to let it ferment and how long it should sit in the oven, and I think we’ve really perfected it.”

Conigliaro feels like he’s hit his stride. His staff said he’s a great boss because he knows what works and what doesn’t, he values his staff and is able to keep cool at all times.
He also believes the money will follow when there is passion and love in the craft — just like his grandmother showed him.

Conigliaro hopes diners will taste such distinction in each dish.

Spice lovers should try the Diavola pizza, which is finished with a hot red pepper oil. Don’t sleep on the tacos, which include two corn tortillas stuffed with heaping portions of options such as carne asada, carnitas, fried oysters, mahi mahi or pork al pastor.

Other menu offerings include soups, a variety of sandwiches that includes lamb and fried green tomatoes, salad and pasta — the gnocchi is a must. And of course, there are plenty of “hops” options, per the restaurant’s namesake. Wash it all down with one of their 27 rotating craft beers on tap.

Download and subscribe to “Eat It, Virginia!” on your favorite podcast app and be in the know on where to go. If you like what you hear, leave a review.