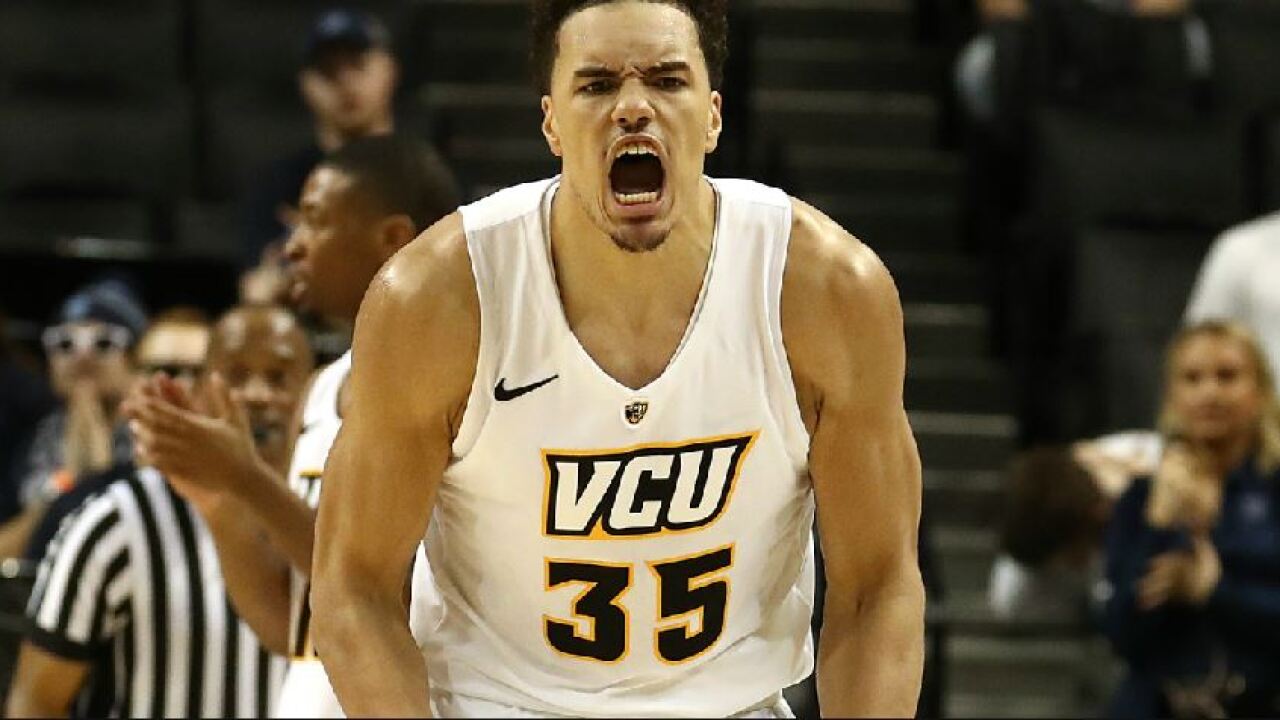 RICHMOND, Va. — Five college basketball teams from Virginia are dancing in this year’s NCAA tournament, including Virginia Commonwealth University, the University of Virginia, and Virginia Tech.

The VCU Rams men’s basketball team are a #8 seed and will play #9 seed University of Central Florida Friday in Columbia, S.C. in the East Region. Should VCU win, #1 Duke likely awaits.

You will be able to watch @DukeMBB and then @VCU_Hoops vs @UCF_MBB on @CBS6 Friday night!! @marchmadness

VCU shattered expectations this season by winning the Atlantic 10 regular season title. The Rams, led by A-10 Coach of the Year Mike Rhoades, were predicted to finish seventh in the conference in the preseason poll.

With a 25-7 overall record and a 16-2 league record, the Rams boast one of the top defenses in the country, only allowing 61.2 points per game.

WE’RE DANCING!! We will be an 8-seed and play Central Florida Friday in Columbia, S.C. #⚫️🔶🐏💪 #ThisIsRamNation #LetsGoVCU #MarchMadness2019 pic.twitter.com/BppdLVgCJ2

The Rams hold impressive wins over Temple, Hofstra, Texas and a season sweep of Dayton. VCU also narrowly lost to UVA by nine points in a game where they led most of the second half.

The team is led by junior guard Marcus Evans who averages nearly 14 points per game and was named to the A-10 All-Conference First Team and All-Academic Team. Evans went down with a left knee injury in their quarterfinals loss in the A-10 tournament. The injury was diagnosed as a deep bone bruise. There was no structural damage.

CHARLOTTESVILLE, VA – DECEMBER 09: Marcus Evans #2 of the VCU Rams shoots over Kihei Clark #0 and De’Andre Hunter #12 of the Virginia Cavaliers in the first half during a game at John Paul Jones Arena on December 9, 2018 in Charlottesville, Virginia. (Photo by Ryan M. Kelly/Getty Images)

Evans is expected to be ready to play in the NCAA tournament, according to a team spokesperson.

After missing the NCAA tournament in 2018, breaking a seven-year streak, the Rams are looking to regain their mojo in March and begin a new tournament streak.