Woman arrested for crashing stolen Tesla on I-95 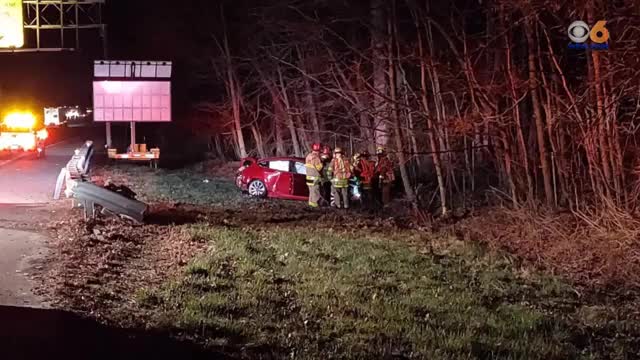 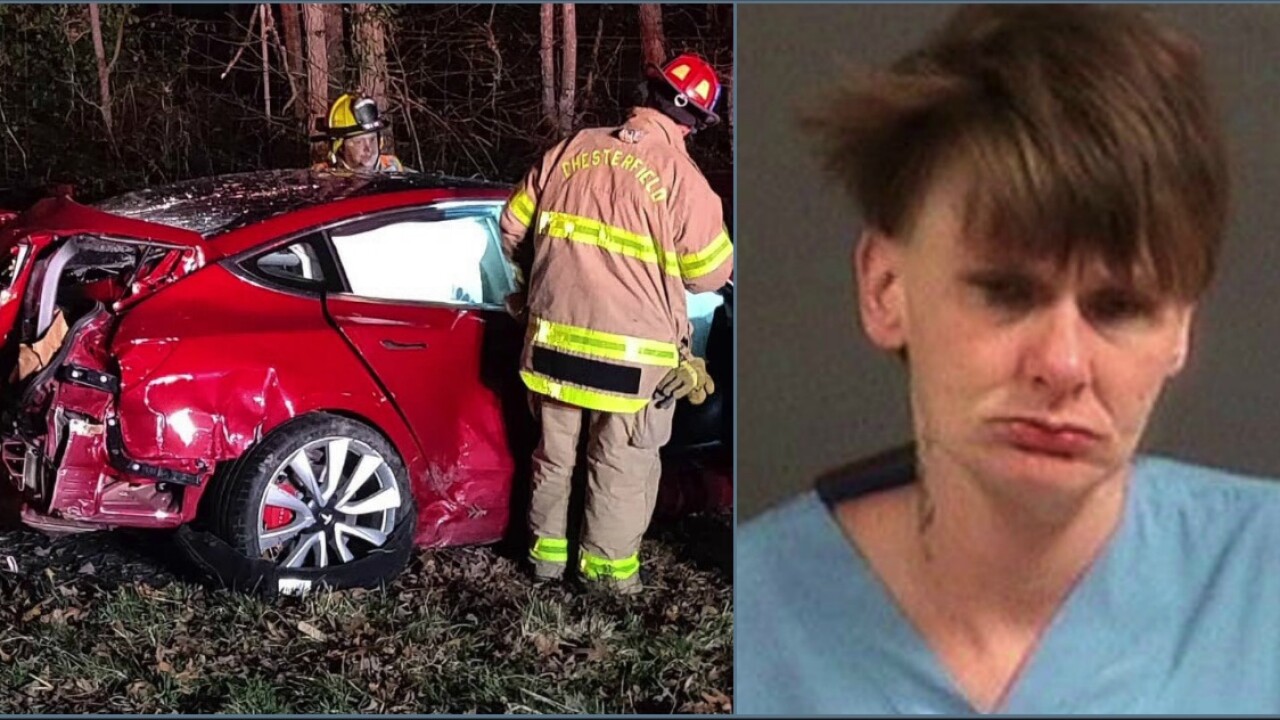 CHESTERFIELD COUNTY, Va. -- The woman who crashed a stolen Tesla into another car on Interstate 95 took said she took what she thought was meth before passing out Wednesday morning, according to Crime Insider sources.

State police officials said the wreck happened on I-95 between Chippenham Parkway and Willis Road exit around 5:10 a.m.

Those sources said she claimed she ingested what she believed was meth before she passed out while driving down the interstate.

That is when troopers said the Tesla, which was in the interstate’s left lane, changed lanes and rear-ended a Toyota.

As a result, troopers said the Toyota flipped over and the Tesla slammed into a guardrail.

Officials said the man driving the Toyota, who was wearing his seat belt, was transported to an area hospital with serious but not life-threatening injuries.

Vaughan, who was also wearing her seat belt, was transported to an area hospital with minor injuries, troopers said.

When Vaughan was released the hospital, she was arrested and charged with one count of the following: felony larceny of a vehicle, felony possession of a schedule I and II drug, driving under the influence of drugs and driving on a revoked license.

Online records show Vaughan was released from Riverside Regional Jail, where she was being held on separate drug charges, 14 hours before the crash.

Todd Stone, a legal analyst for CBS 6, said cases of people re-offending so quickly upon release do happen, but are rare.

"The fact that she got out on bond can be concerning to folks, but the best judges around can’t control someone’s behavior," Stone said.

Vaughan has multiple drug and driving offenses on her records over the years.

Stone said the context of this latest incident will impact her case.

"Judges also differentiate between people who use substances and commit other crimes, whether it be larcenies and assaults or whatever, compared to people who just use drugs and don’t commit crimes," Stone explained.

Vaughan is being held without bond at the Chesterfield County Jail.

Depend on WTVR.com and CBS 6 News for updates on this developing story. Anyone with more information can submit a news tip here.