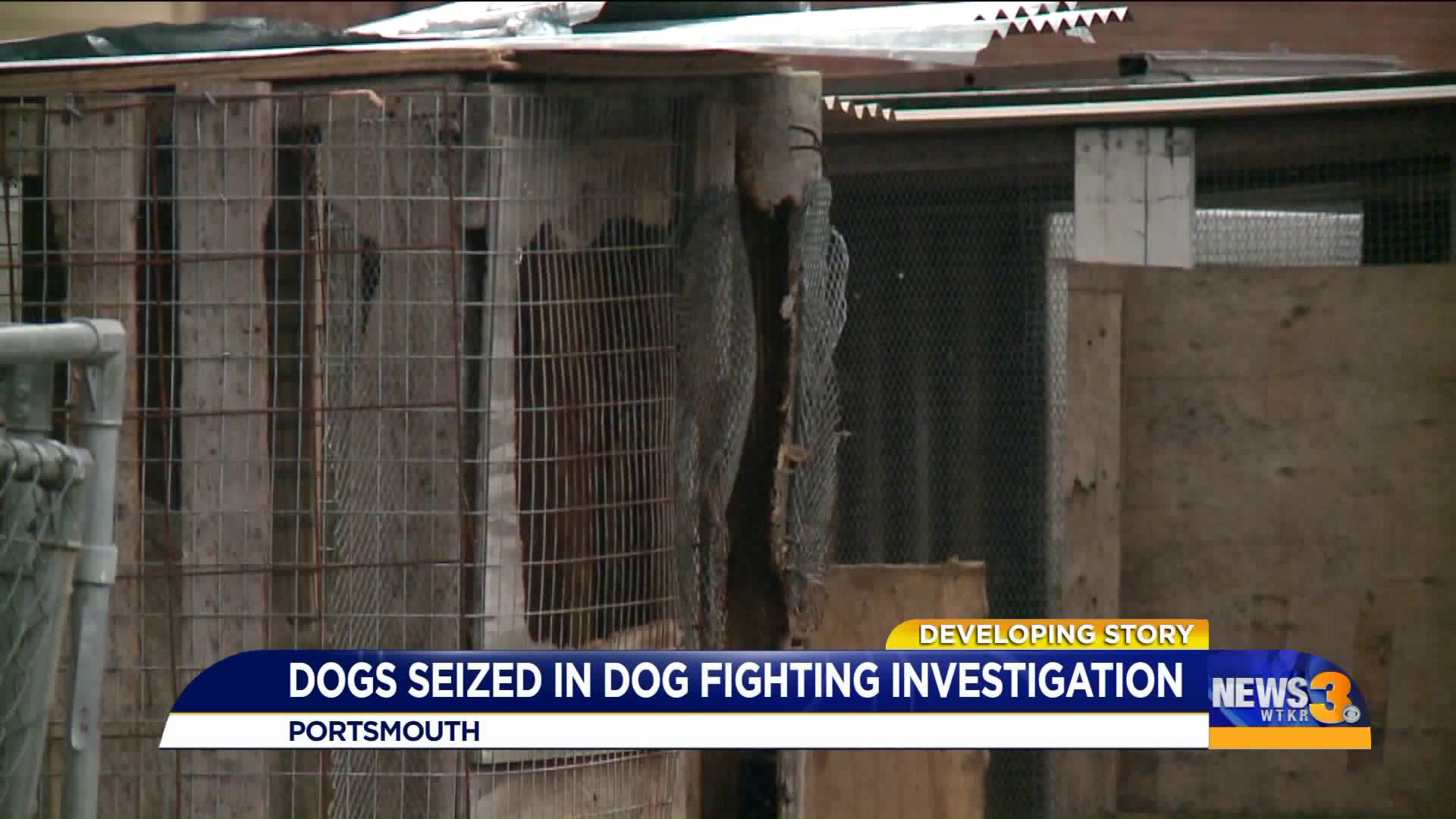 PORTSMOUTH, Va. -- Investigators seized 33 dogs from a Portsmouth home during an investigation into dog fighting, according to a search warrant.

According to the recently released warrant, Animal Control met with a man March 7th at the home and found 10 pit bull-type dogs chained up in the backyard. In addition, the officer found other dogs inside the home in kennels that were "filthy with feces, trash, debris, and empty containers."

The officer also reported seeing a dog treadmill associated with dogfighting. Investigators seized the animals along with chains, an artificial insemination kit for animals and a digital scale, according to the search warrant.

The search warrant said Leonard Madison lives at the home. Police arrested him on gun possession charges, which are unrelated to the dozens of dogs seized from his house.

Some neighbors said they were suspicious of barking at all hours of the night, but others said they never suspected a thing and only believed a couple of dogs were living at the home.

Orange notices were taped along the outside of the house stating the home is  "condemned" and "unsafe or unfit for habitation."