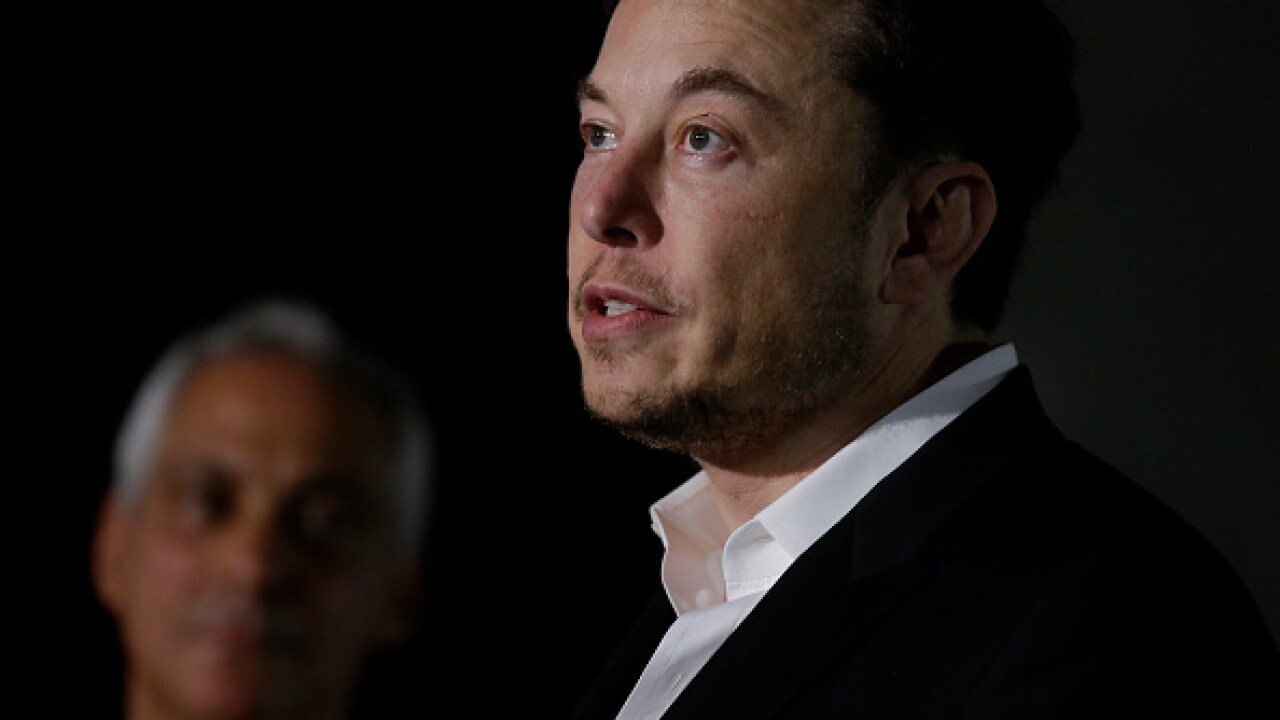 CHICAGO, IL – JUNE 14: Chicago Mayor Rahm Emanuel listens to engineer and tech entrepreneur Elon Musk of The Boring Company talks about constructing a high speed transit tunnel at Block 37 during a news conference on June 14, 2018 in Chicago, Illinois. Musk said he could create a 16-passenger vehicle to operate on a high-speed rail system that could get travelers to and from downtown Chicago and O’hare International Airport under twenty minutes, at speeds of over 100 miles […]

Elon Musk is making his case for why a US federal court should reject a request by the Securities and Exchange Commission to hold him in contempt over one of his tweets about Tesla.

“The Securities and Exchange Commission’s request that Musk be held in civil contempt for a single, immaterial tweet that dutifully complied with [a court-ordered settlement] is incorrect on the facts and on the law,” the billionaire Tesla CEO’s lawyers said in a court filing late Monday, which was the deadline for their response.

Their argument appears likely to escalate Musk’s long-running feud with the SEC. It includes the claim that the agency is trying to “trample on Musk’s First Amendment rights.”

A mistake like that typically wouldn’t get the SEC too excited. But Musk has been battling with the agency since last fall. It sought to have him removed as CEO after he tweeted in August that he had “funding secured” to take the company private. It later turned out that he had talked to investors about backing such a bid but secured nothing.

In late September, Musk and Tesla reached a settlement with the SEC in which he got to stay as CEO but had to give up his chairmanship. The SEC fined Musk and Tesla $20 million each (Musk paid both). He also agreed to clear social media posts with someone at the company if those posts contained material information to investors. The US District Court for Southern New York approved the settlement in October.

The question for the court is whether or not Musk’s mistaken tweet about 500,000 cars violated his agreement.

The argument Musk and his lawyers are making in the court documents filed Monday boils down to three main points: (1) The tweet didn’t contain material information about Tesla; (2) Musk diligently tried to follow the court settlement; (3) the SEC’s request is a breach of Musk’s constitutional right to free speech.

Tesla’s lawyers admitted in a letter to the the SEC last month that no one else at Tesla saw the tweet before Musk sent it at 7:15 pm ET on February 19. Other Tesla executives immediately talked to Musk about the tweet and he tweeted the clarification three hours later.

But Musk’s lawyers argued Monday that Musk wouldn’t have needed pre-approval anyway, because the tweet contained information that had been “publicly disclosed in multiple documents and discussed at length in an earnings call.”

The argument isn’t entirely new. Musk’s attorneys made a similar case to the SEC in their February letter to the agency. But the latest court filing goes even further to defend Musk, characterizing the tweet as “simply Musk’s shorthand gloss” on information that was already in the public domain. Musk’s attorneys also described the tweet as a “proud and optimistic” statement that didn’t significantly change what investors already knew about the company.

The SEC has challenged that argument. When the agency argued that Musk should be held in contempt last month, it said the pre-approval of that information, which Tesla released three weeks earlier, lasted just two days under the terms of the court settlement. And it argued that the tweet was incorrect, so Musk couldn’t possibly have gained pre-approval.

“The SEC required this [pre-approval] provision as a term of its settlement with Musk in order to prevent Musk from recklessly disseminating false or inaccurate information about Tesla in the future,” the agency’s said in its filing.

Did Musk comply with the court settlement?

The SEC said in its contempt request that Musk, who has continued to take shots at the agency since their deal, didn’t make “a diligent or good faith effort” to comply with the settlement.

The SEC said that Musk and Tesla told it in February that Musk’s tweets “have been reviewed after their publication, but there is no suggestion that Musk has sought or obtained pre-approval of any tweet prior to publishing it.”

His lawyers are pushing back, arguing that he has made “significant changes to his tweeting behavior” since October. They said Musk’s Tesla-related tweets decreased by half in the three-month period between November and January compared with May through July.

“In addition to reducing volume, Musk has modified the content of his tweets, and no longer tweets information that he believes is, or could be, material,” Musk’s lawyers said Monday. They argue the February tweet challenged by the SEC didn’t breach the settlement because Musk had reasonably determined it didn’t require pre-approval.

Before Tesla introduced its new policy to supervise Musk’s tweeting in an effort to comply with the settlement, he made dismissive comments about the agency.

He said on “60 Minutes” in December that nobody has to read his tweets before they go out. When asked how Tesla makes sure his tweets won’t affect its stock price, Musk replied: “Well, I guess we might make some mistakes. Who knows?”

Is Musk’s freedom of speech at stake?

The third pillar of Musk’s argument is the most unusual. His lawyers say the SEC is seeking “a sweeping prior restraint on speech” that breaches Musk’s First Amendment rights and goes far beyond what the agency is authorized to do by Congress.

They claim that the SEC’s interpretation of the settlement with Musk on his Twitter behavior amounts to an “unconstitutional power grab” that seeks to prevent him from speaking about any matters related to Tesla’s business.

“Musk never consented to and would not consent to such a sweeping gag order, and Tesla has not implemented any such policy,” the lawyers said in the court filing.

Musk’s lawyers also say the contempt action — coming on the heels of the CEO’s “60 Minutes” interview — shows “concerning and unprecedented overreach” by the SEC.

The SEC hasn’t cited “any prior case in the last decade” in which it has sought a contempt order of this kind, the lawyers said. “This case should not be the first.”

The SEC didn’t immediately respond to a request for comment late Monday outside of regular office hours.

The agency has yet to say what penalty it wants to impose if Musk is found in contempt.

Brad Bennett, a securities lawyer who was formerly director of enforcement for the Financial Industry Regulatory Authority, thinks the court will probably put further restrictions on Musk’s public comments.

“It could tell him, ‘No more tweeting,'” Bennett said before Musk’s attorneys filed the response with the court late Monday.

Bennett believes there’s about an 80% chance of some kind of tighter restrictions, and only a 10% chance that Musk will not be found in contempt. But there is also a 10% chance the court could impose more severe penalties, up to and including stripping him of his CEO title.

“I don’t think that is likely,” Bennett said of that severe penalty. “They are loath to disrupt someone seen as an innovator. Those are the type of people who get the greatest benefit of the doubt.”

The decision about whether Musk is in contempt will ride with the court. But Musk could lose there if Judge Alison Nathan feels he is mocking the earlier agreement with his actions and statements.

“No court likes having a thumb stuck in its eye when it’s exercising its power,” said Bennett.