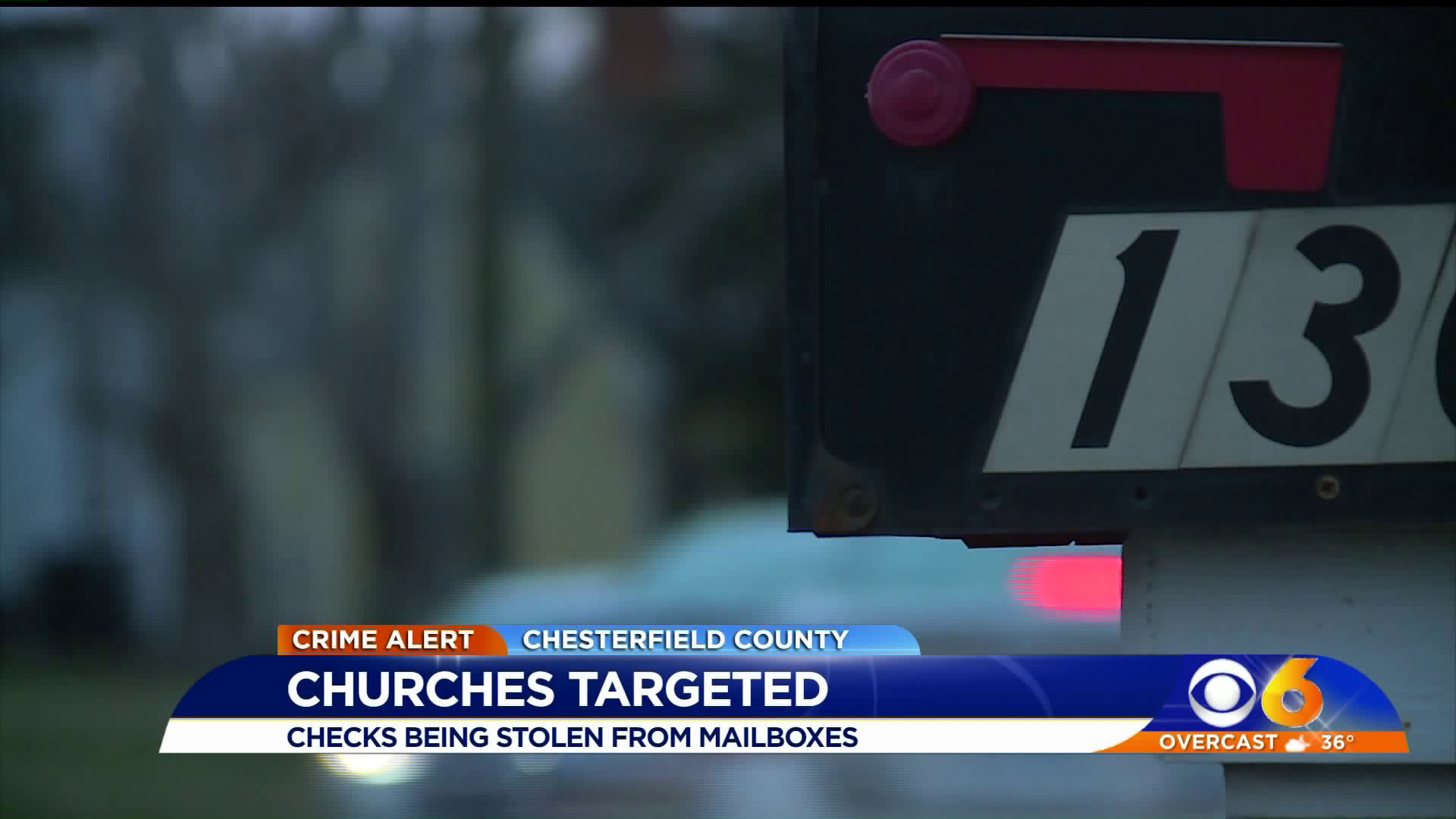 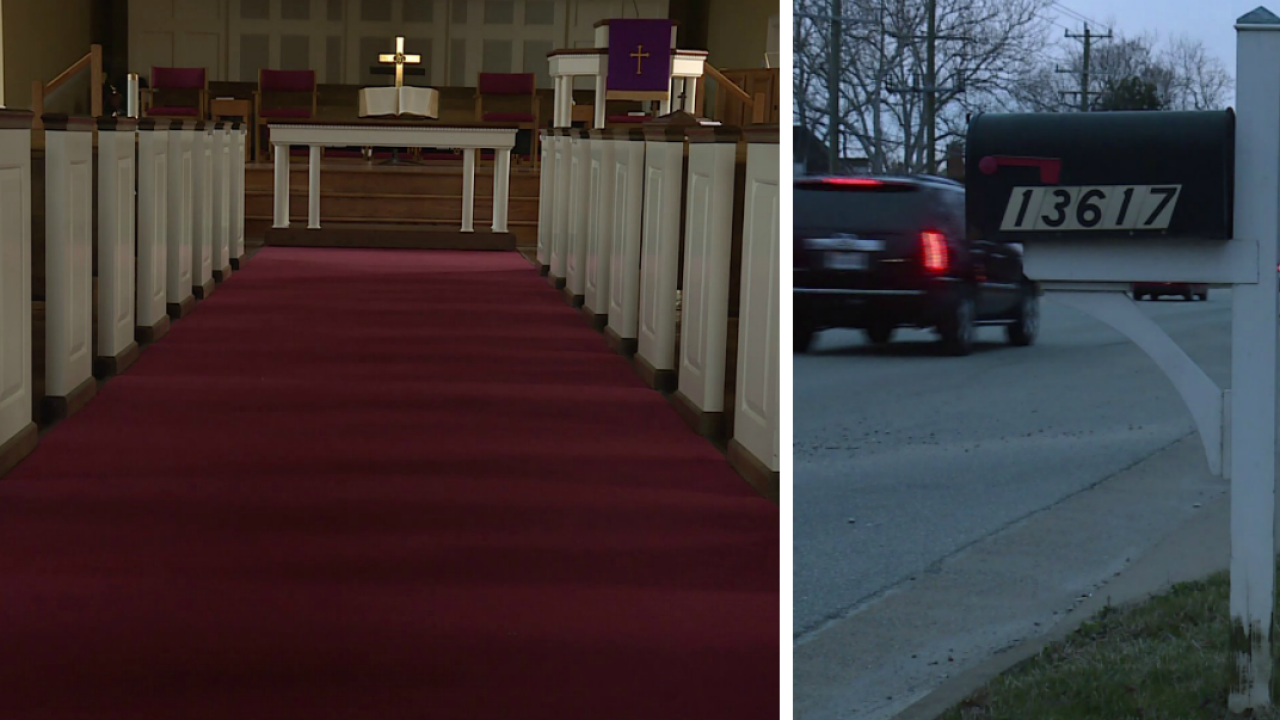 CHESTERFIELD COUNTY, Va. -- Chesterfield Police are investigating after numerous checks were reported stolen from mailboxes at nearly a half-dozen churches.

Lt. Jason Shocks said five houses of worship in the Midlothian area have reported checks mailed to them as missing or stolen.

"Community members sent checks to their local churches or churches they attend and they learned the checks haven’t been received," Shocks explained. "We believe at this point they may have been removed from mailboxes."

"Somebody called me and they didn’t receive credit for one of the checks that they wrote for $1000 to the church," Zarroli stated. "I started looking through all of our documents. I had already reconciled the December 31 bank statement and that $1000 was nowhere to be seen."

Since, Zarroli said at least four checks were reported stolen totaling more than $2000 in losses.

Police are investigating how the thieves are cashing the checks.

Rev. Jeunee Godsey from St. Michael's Episcopal Church in Bon Air stated at least four individuals who use online banking from her church were also impacted.

Customers can request their bank to automatically send a check to an organization or company on their behalf each month.

"The preschool has also started finding the parents were writing checks from their online banking system and we were not receiving them," Zarroli explained. "What we are thinking is the people are going through the mail, finding these packets of multiple checks and they’re taking those."

The churches who reported checks missing or stolen so far were:

Both Zarroli and Godsey said their churches are investing in locking mailboxes to prevent additional thefts.