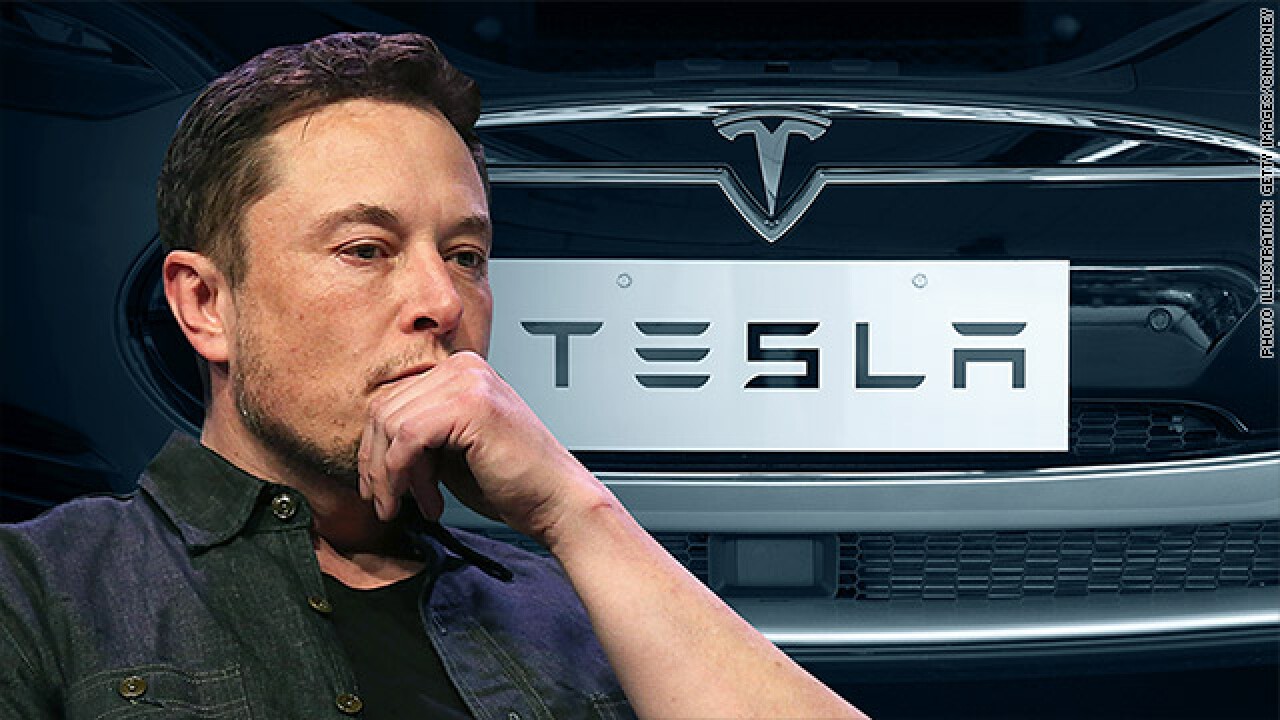 Elon Musk’s security clearance is reportedly under review by the Pentagon.

Musk resubmitted his security clearance application, called an SF-86, to Department of Defense officials after he smoked marijuana during an appearance on the podcast and YouTube show “Joe Rogan Experience” in September 2018, Bloomberg reported Thursday, citing an unnamed US official.

A defense official told CNN Business that for “privacy and security reasons, we do not publicly discuss individual clearance status.”

SpaceX declined to comment. A company official, speaking on condition of anonymity, said SpaceX’s operations have not been affected.

Musk founded the company in 2002 with a goal of lowering the cost of spaceflight technology. The tech billionaire serves as its CEO and lead designer.

SpaceX has landed a range of government contracts — including deals to launch cargo for NASA, a secretive spy satellite for the intelligence community and national security payloads for the US military. SpaceX was awarded new national security contracts as recently as last month.

The company is also overseeing the first-ever uncrewed demonstration mission of its Crew Dragon capsule, which is designed to fly NASA astronauts to the International Space Station. The space agency hopes the capsule will be ready to fly people as soon as this summer and end the United States’ decade-long reliance on Russia for human spaceflight.

It’s unclear how many missions or what portion of SpaceX’s operations might require Musk to have security clearance. Most of the company’s day-to-day business is handled by Gwynne Shotwell, the longtime president and chief operating officer of SpaceX.

Social media users have widely mocked reports that federal officials were concerned about Musk apparently taking a hit of pot. Recreational marijuana use is legal in at least 10 states and the nation’s capital, Washington, DC, but it remains illegal under federal law.

But Mark Zaid, an attorney who frequently represents federal employees or contractors who have had their clearance revoked, told CNN Business that he would not be surprised if officials moved to revoke Musk’s status.

Zaid said he has represented multiple clients, including government contractors, who lost their clearance status even after minimal marijuana use because it remains a federal crime.

If Musk’s security clearance application is undergoing “adjudication review,” as Bloomberg reported, the process could take many months before a decision is reached, Zaid said.

Musk, who is also the CEO of Tesla, has come under fire from the Securities and Exchange Commission. Last week, the agency asked a federal judge to hold him in contempt of court. The SEC claimed he violated a settlement deal when he posted an erroneous Tweet about how many cars Tesla will produce this year.

Musk later corrected his post. But regulators began looking into whether it went afoul of their 2018 agreement that required Tesla to police his social media posts, especially if they impact Tesla’s stock price.

Musk was given until March 11 to explain himself. If a federal judge decides to hold him in contempt, Musk could face a range of punishments from another fine to an outright ban from Tesla’s C-Suite.