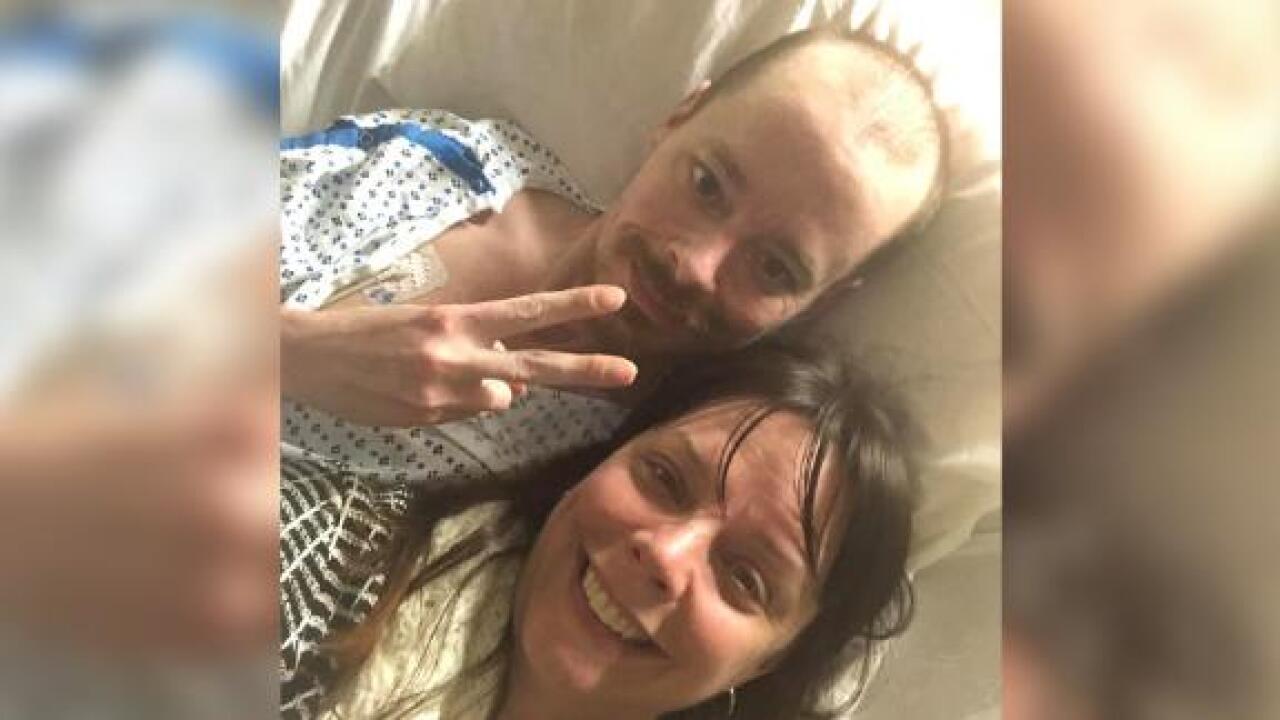 Jay Barrett had one big wish on top of his bucket list: meet or talk to President Donald Trump before he dies.

On Tuesday night, Barrett, who has cystic fibrosis, got his wish fulfilled, thanks to the help of his sister Bridgette Hoskie, who is a Democratic city council member in West Haven, Connecticut.

“All right Jay, you look handsome to me. I just saw a picture of you,” Trump says in a phone call.

“Oh, you’re giving me kind honors. I look like s**t,” Barrett responds in a video posted by his sister. Then, Trump calls him “a champ” and asks him: “You’re fighting it right?”

Barrett recently left the hospital and is staying at her sister’s house as he receives palliative care.

“He said to me how cool would it be to visit DC and the President be there in the lawn waving,” Hoskie told CNN. “I just wanted to make that happen. i wanted him to have a moment to say, ‘Wow that just happened.”

So Hoskie started to secretly pull some strings to surprise her brother.

On her city’s blog, West Haven-The Way It Is, Hoskie asked people to email the White House and send a request to the President asking him to contact her brother. “From there, more people caught wind and everyone just pitched in to make it happen,” Hoskie said. “Hundreds of people emailed the White House.”

Lynne Patton, the US Department of Housing and Urban Development regional chief, contacted Barrett on Instagram after reading about his wish on a New Haven Register story, according to CNN affiliate WFSB.

Patton, who is from New Haven, then called Barrett on Monday night.

“I call her back and she’s like, ‘I’ve got somebody who wants to talk to you on the other line, do you mind’,” Barrett told WFSB.

It was the President’s son Eric.

“He sits there and he says, ‘You know I’ve talked to my sister and brother about you, Don, Ivanka, all of them, we’re hoping and praying for you, just keep fighting, don’t ever give up’.”

The President called the family the next day.

Barrett said of the gesture: “It would be a big deal, especially knowing he doesn’t do a lot of this stuff anymore. He’s got a lot stuff on his schedule,” Barrett said.

“I contacted Mike Last, DTC chairman of my town, to help me have a few Republicans visit him. My Mayor Nancy Rossi helped get the word out and Republicans reached out for us.

“People in West Haven will do what they can for a Westie,” Hoskie said.

In the call, Trump also tells Barrett he will get a personal note from him delivered by Patton on Saturday and Barrett will be “sitting front, row center” at one of his rallies.