James River flooding wipes out hundreds of feet of trail, causes thousands of dollars in damages 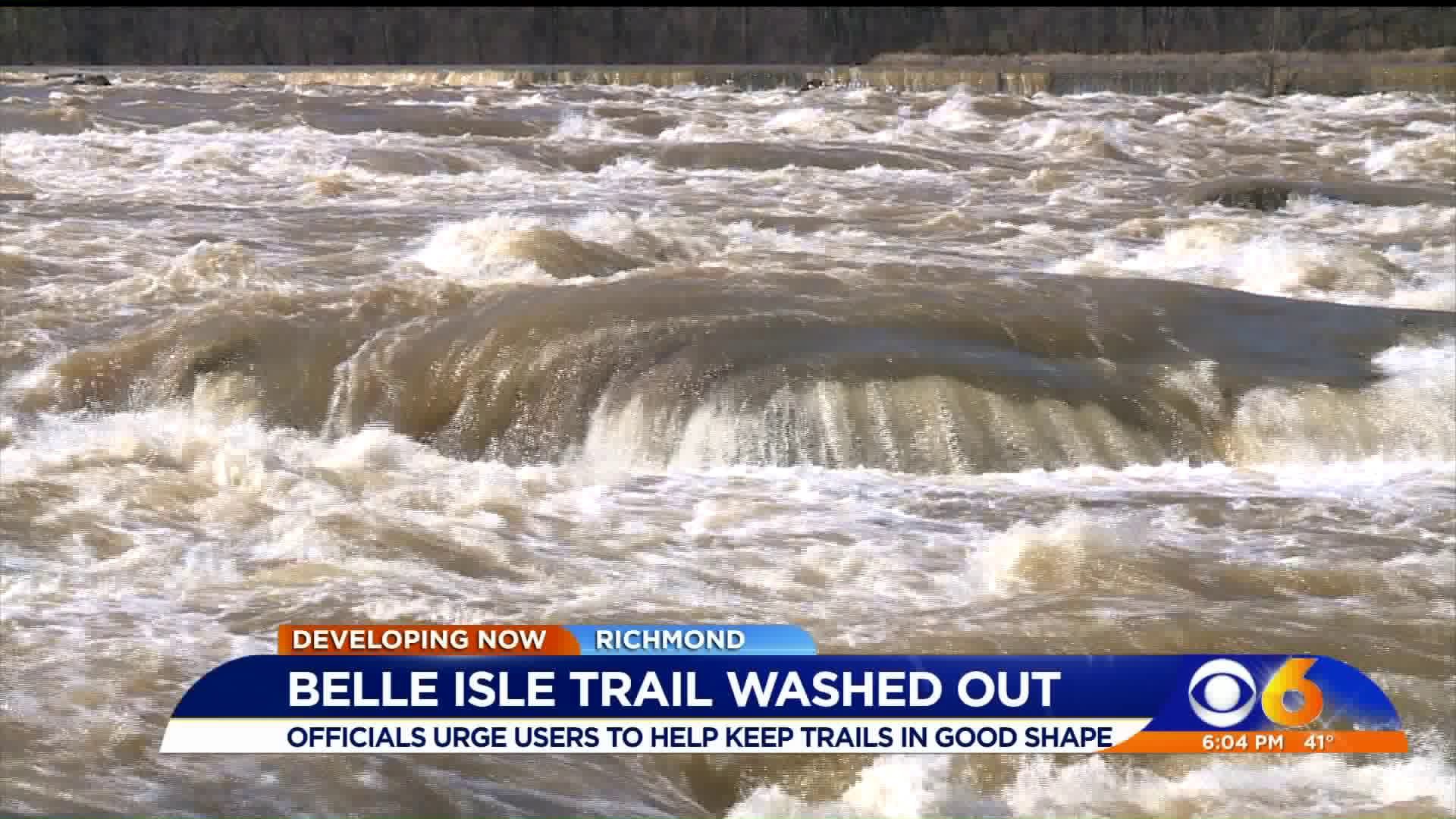 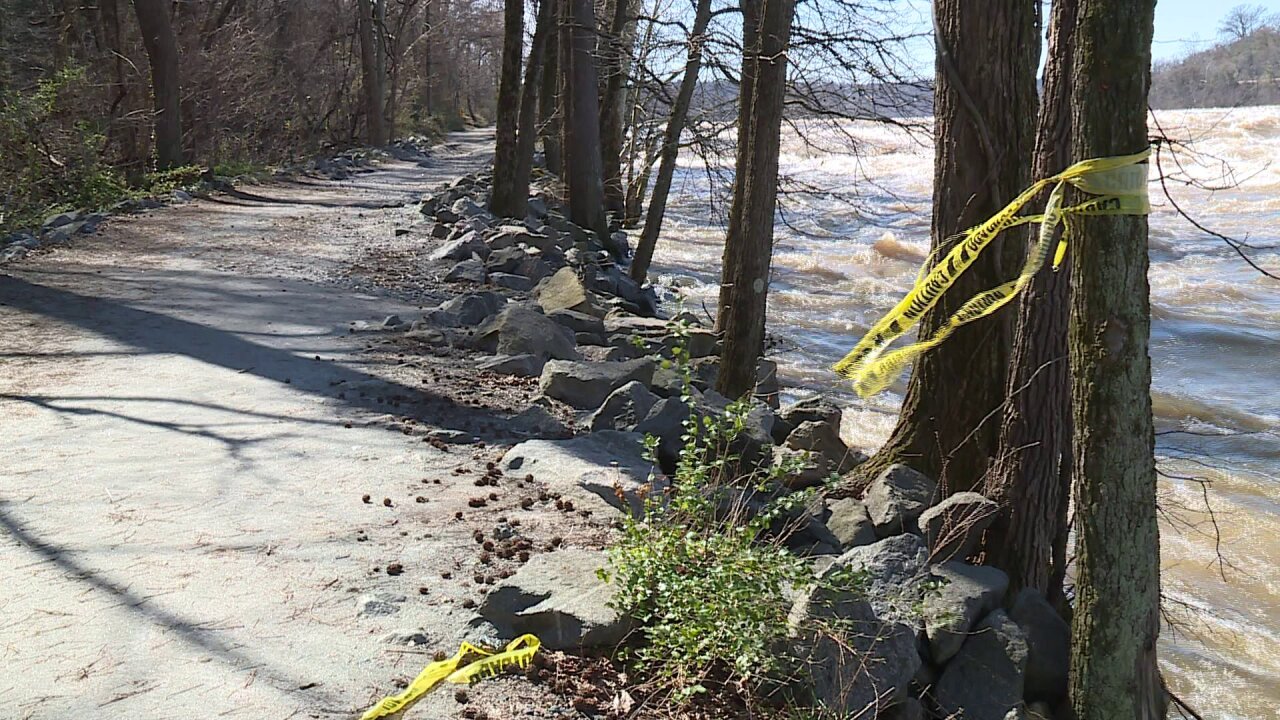 RICHMOND, Va — When the James River crested at its highest level since 2010 last week, flooding caused thousands of dollars worth of damage to popular trails near the river, officials said. About 250 feet of trail on Belle Isle and 300 feet at Pony Pasture washed out and must be repaired.

"Hundreds of pounds of rock gets moved with the power of the river. It kind of puts it in perspective,” said Bryce Wilk, the new Superintendent of the James River Park System, during an interview near the Hollywood Rapids. "This was just all water when we first came to assess it.”

On February 25th, the river levels at the Richmond-Westham gorge increased at 16.2 feet. The last time the James was higher than that was January 2010, when it reached 18.1 feet.

Fixing the washed out sections of trail will cost thousands of dollars, according to Wilk. His crews plan to start working on restoring the trails soon and hope to complete the work by the end of the month. Foot traffic throughout the park picks up dramatically when spring rolls in and the weather warms up, Wilk said.

Despite the damage, the trails are passable, but Wilk urged users to take caution when walking, running, or biking along the river.

"Please watch your step when you’re walking around here. The conditions change all the time,” Wilk said.

Olivia White, a freshman at VCU, and some friends were walking around Belle Isle Tuesday and encountered the washed out trail there.

"I was like ‘oh, my gosh was that your ankle?’ And he was like ‘no, but it was close,’” White said about one of her friends. “I’m definitely not wearing the shoes for that right now. I’ve got like basketball shoes on right now.”

Wilk said his crews will be able to fix the damage, although it will be hard work. The James River Park System is used year-round, and Wilks said everyone has a role in maintaining trails by being responsible users, especially directly after a storm.

Once the temperatures warm up, White said she will be back to Belle Isle to enjoy the natural treasure that runs through downtown Richmond.

"Having nature here is what makes it really beautiful,” she said.

The James River Park System is holding a volunteer event on Saturday, March 9th. Volunteers and crews will pick up debris left by flooding near Pony Pasture. The group plans to meet near the parking lot at 9 a.m.

Wilk said volunteers are the “backbone” of maintaining the James River Park System. In years past, volunteers have logged more than 7,000 work hours at the Park, and Wilk said they hope to top 10,000 hours this year.