Can Netanyahu survive his own Trump-style ‘witch hunt’? 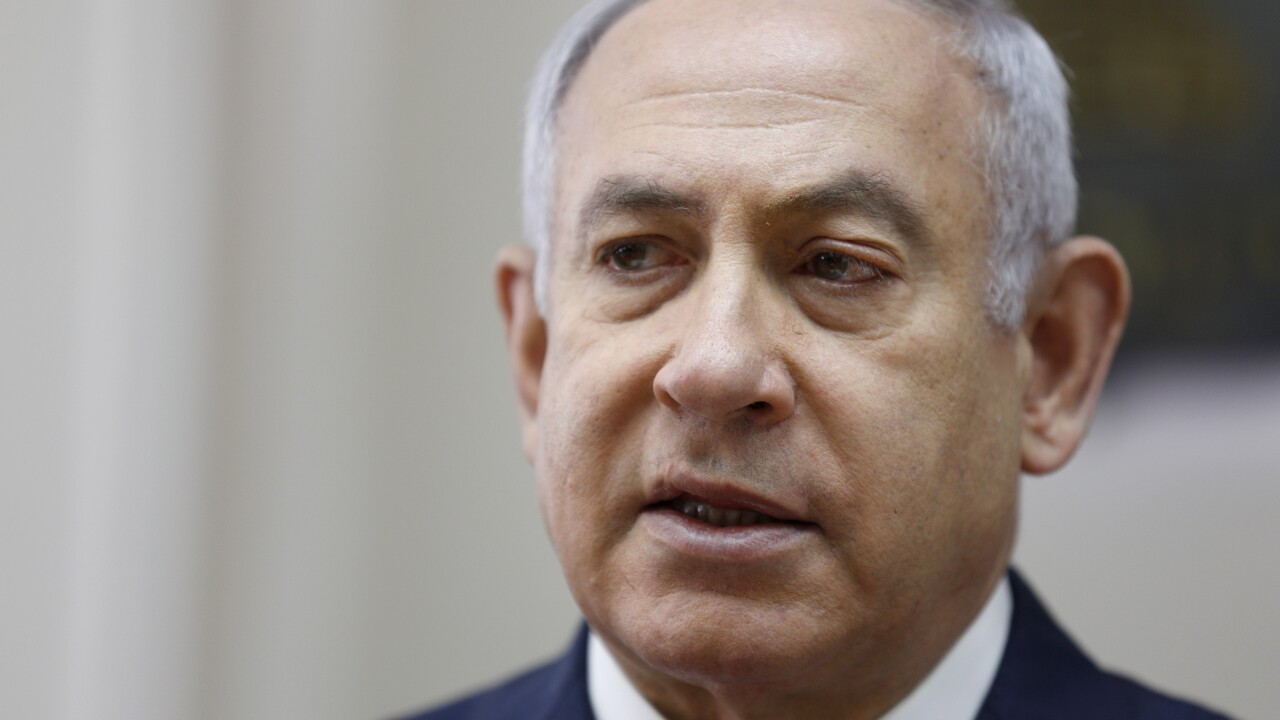 It is the biggest blow to Netanyahu since the investigations were first publicly disclosed at the end of 2016.

Like his good friend US President Donald Trump, embroiled in legal issues of his own, the Israeli premier has denounced the corruption probes as a media-led witch-hunt, fueled by fake news. Appealing to his supporters in a primetime address Thursday, Netanyahu said these intended indictments were a result of extraordinary pressure from the left, their only chance to bring him down, since they could not do it at the ballot box.

Legally, this story is now on ice. Netanyahu’s lawyers need time to review reams of documents, evidence, and testimony. Both sides will prepare for Netanyahu’s hearing. Only after that will the Attorney General make a final decision on filing charges. The next major legal headline may be months away.

Politically, the story is now in high gear. The parties are set. The mergers are done. The lines have been drawn.

But to do that he’ll have to endure the political fight of his life.

For the first time in years, Netanyahu is behind in the polls. His challenger, former military Chief of Staff Benny Gantz, has emerged as the front-runner after a merger with a centrist party put him ahead.

But having the biggest party isn’t enough in Israeli politics, and this is where Netanyahu has the advantage. His key right-wing coalition partners have already said they’ll back him. Netanyahu’s challenge is to ensure his supporters don’t waver.

With just over five weeks to go until the elections, every election poll is a critical chance to gauge minute shifts in public opinion. An election of approximately 6 million registered voters could come down to a few thousand votes shifted between parties.

The steady drumbeat of Netanyahu’s all-out offensive against the investigations will reverberate across the campaign trail. It’s one of Netanyahu’s major talking points, blasted across Twitter and Facebook.

He tells voters they have a choice — a strong right-wing government under his leadership or a weak left-wing government supported by the Arab parties — a charge not without racial undertones.

The next round of election polls may well be the most closely watched of the election — the first chance to see how the Attorney General’s announcement has shifted public opinion. Netanyahu will see if his attempts to erode the credibility of the investigations succeeded. His challenger will see if he’s opened up a bigger lead. And all of the parties that supported Netanyahu until now will decide if that’s still the right path.

Even if he wins the election on April 9 and puts together the right-wing government he promises, he will soon face his next challenge: Trump’s peace plan.

Netanyahu hasn’t issued any major public statements endorsing or rejecting the Trump administration’s “Deal of the Century.” That’s fine, because his potential coalition partners have done that for him.

The leader of one right-wing party, Naftali Bennett, called the plan “a clear and immediate danger.” Another has made it clear his goal in joining the government is to stop Trump’s plans from coming to fruition.

With rhetoric like that, the “Deal of the Century” would have zero chance of success on the Israeli side. (Its prospects with the Palestinians are no better, since the Palestinian Authority cut off contacts with the White House more than a year ago following Trump’s recognition of Jerusalem as the capital of Israel.)

Trump, whom Netanyahu has hailed as a true friend of Israel and a great ally, may become Netanyahu’s biggest political headache.

Netanyahu has avoided any firm commitments on the peace plan, and the plan’s delay until after the election has allowed him to get away with that.