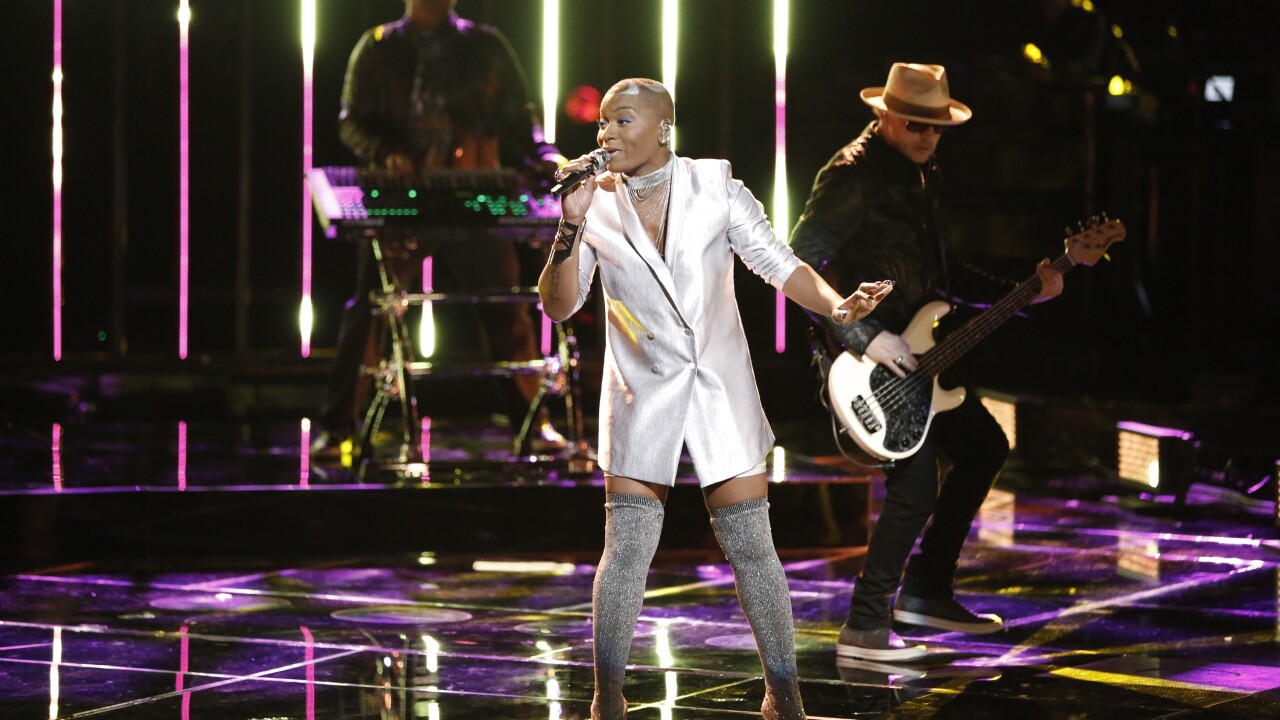 Janice Freeman, who was a contestant on the NBC singing competition show “The Voice” in 2017, has died. She was 33 years old.

A spokesperson for Freeman told CNN that the singer had an extreme case of pneumonia and that a blood clot had traveled to her heart. Freeman’s husband, Dion, performed CPR until an ambulance took her to a local hospital, where she died on Saturday.

“A survivor and fighter, and a beautiful force in this world, Janice gained notoriety through her success on NBC’s ‘The Voice’ as a member of Miley Cyrus’ team,” the statement said. “Her story inspired fans nationwide, having successfully battled cervical cancer and living her life to the fullest while fighting lupus.”

Freeman stunned judges of “The Voice” during season 13 with a powerful rendition of “Radioactive” by Imagine Dragons. Both Miley Cyrus and Jennifer Hudson offered her a spot on their teams after hearing her sing in the blind auditions phase of the show.

Jennifer Hudson posted a clip of that moment on Instagram on Sunday.

“@janicefreeman the voice of hers we got to hear and the bit of life we got to watch her live was a blessing and inspiration to us all! My heart and prayers go out to@janicefreeman daughter and family !” Hudson’s post read.

@janicefreeman the voice of hers we got to hear and the bit of life we got to watch her live was a blessing and inspiration to us all! My heart and prayers go out to @janicefreeman daughter and family ! @mileycyrus @nbcthevoice #ripjanicefreeman

Freeman ended up joining Cyrus’ team and made it to the top 11 before she was eliminated.

The singer remained close with Cyrus even after the season ended. She revealed on Twitter last year that the pop star had helped her family cover some bills until they found permanent housing.

“@MileyCyrus you are one of my closest friends and what you did for me and my family Im praying GOD gives you the desire of your heart!,” Freeman said in a tweet.

“Thank you @janicefreeman … for everything. This represents you perfectly,” Cyrus wrote on top of a picture of a rainbow.

Others also shared tributes to Freeman on social media.

“Just before I stepped on stage to sing with Tori Kelly at her Orange County show tonight I received word that my beautiful friend Janice Freeman passed away. I’m at a loss. A complete and utter loss. She was beating cancer. She was a BEAST vocalist,” singer Crystal Lewis tweeted.

“The universe is just way too cruel. This woman #JaniceFreeman was an absolute vocal genius. How she didn’t easily win @NBCTheVoice still baffles me. And now this … please do yourself a favor and listen to her performances. And may God rest her too-young soul,” MSNBC host Joy Reid tweeted.

Freeman is survived by her husband, her daughter Hannah, her mother Janice, siblings and extended family.