Senate may have the votes to oppose Trump’s national emergency 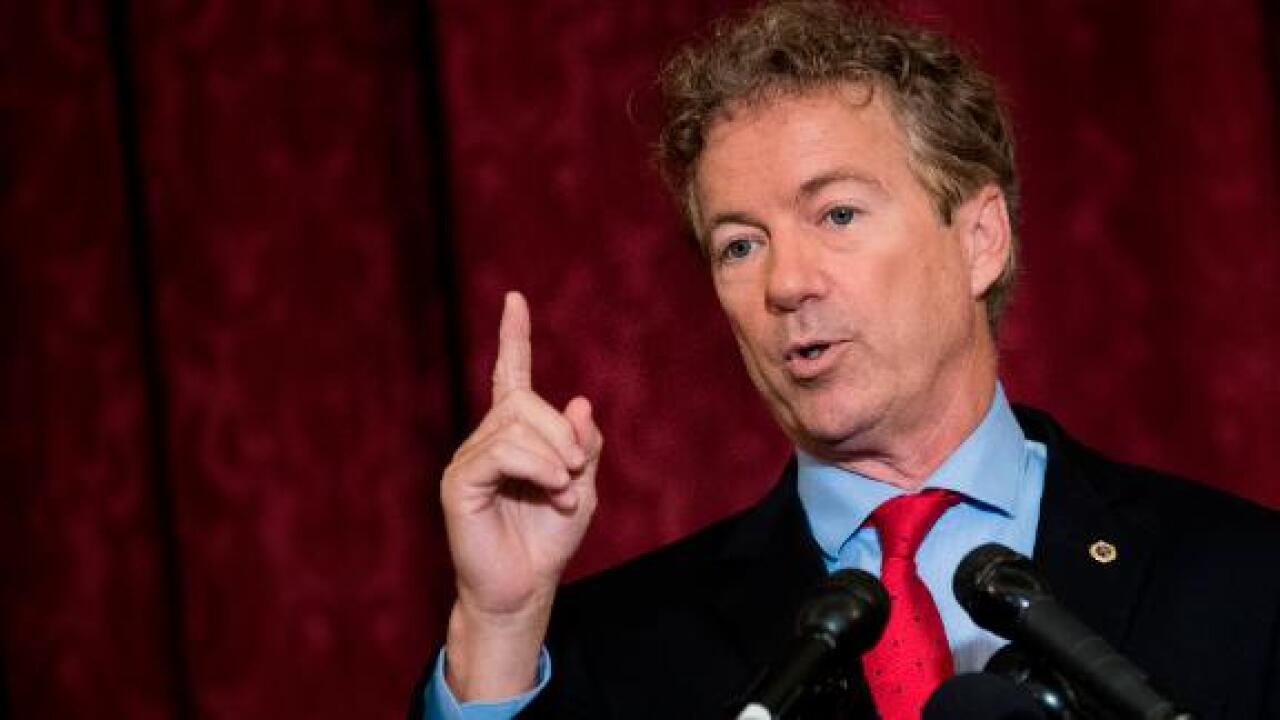 The Senate likely now has enough votes to pass a measure blocking President Donald Trump’s national emergency declaration after Sen. Rand Paul signaled his support for the resolution of disapproval.

“I can’t vote to give extraconstitutional powers to the President,” the Kentucky Republican said Saturday, according to the Bowling Green Daily News.

“I can’t vote to give the President the power to spend money that hasn’t been appropriated by Congress,” Paul said at a Warren County Republican Party fundraising dinner, according to the newspaper. “We may want more money for border security, but Congress didn’t authorize it. If we take away those checks and balances, it’s a dangerous thing.”

The resolution introduced in the House passed the chamber on Tuesday, with 13 Republicans voting with Democrats.

Senate Democrats need four of their Republican colleagues to vote with them for the measure to pass there. Along with Paul, Republican Sens. Susan Collins of Maine, Lisa Murkowski of Alaska and Thom Tillis of North Carolina have indicated they’ll vote in favor of the resolution.

So unless one of the Senate’s 47 Democrats unexpectedly votes against it, the resolution now has enough votes to be sent to the President’s desk, where it will face a promised veto — Trump’s first in office.

Trump had said in February that he will veto the resolution “100%.”

“We have too many smart people that want border security, so I can’t imagine it can survive a veto,” the President told reporters in the Oval Office. “But I will veto it, yes.”

Congress would then need an overwhelming majority — two-thirds of its members — in both chambers to overrule Trump’s veto, which is unlikely.

Trump signed a spending bill last month that kept the government open and provided $1.375 billion for a border wall. But he quickly declared a national emergency to unlock billions of dollars in federal funds to build the border wall, bypassing Congress after lawmakers refused to meet his multibillion-dollar request for his top domestic priority.

The President and his administration have argued that there’s a “crisis” on the southern border, claiming there’s an “invasion” of drugs and undocumented immigrants.

Some Republicans have expressed concerns that Trump’s declaration is executive overreach, sets a precedent for a Democratic president to do the same and will face legal challenges, which is already the case.

While they support border security, Republicans Sens. Lamar Alexander of Tennessee, Mitt Romney of Utah, Pat Toomey of Pennsylvania and Roger Wicker of Mississippi have been outspoken against the national emergency declaration, but have withheld their decisions on whether they’ll vote to block it.

When the Senate will vote on the resolution is unclear. It has 18 days from the day the House approved the resolution on Tuesday. Senate Majority Leader Mitch McConnell, a Kentucky Republican, said the vote will occur before a recess later this month.