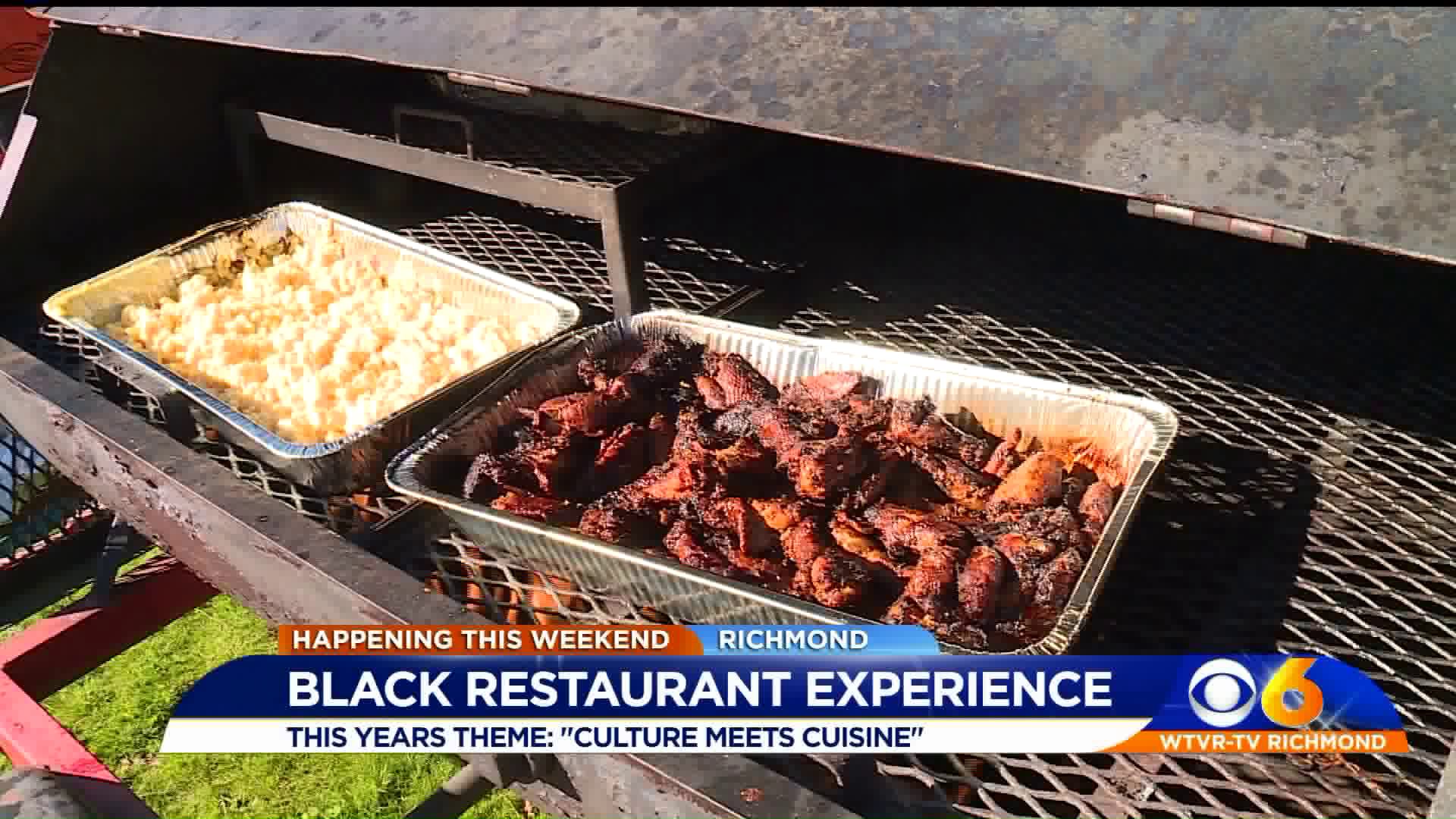 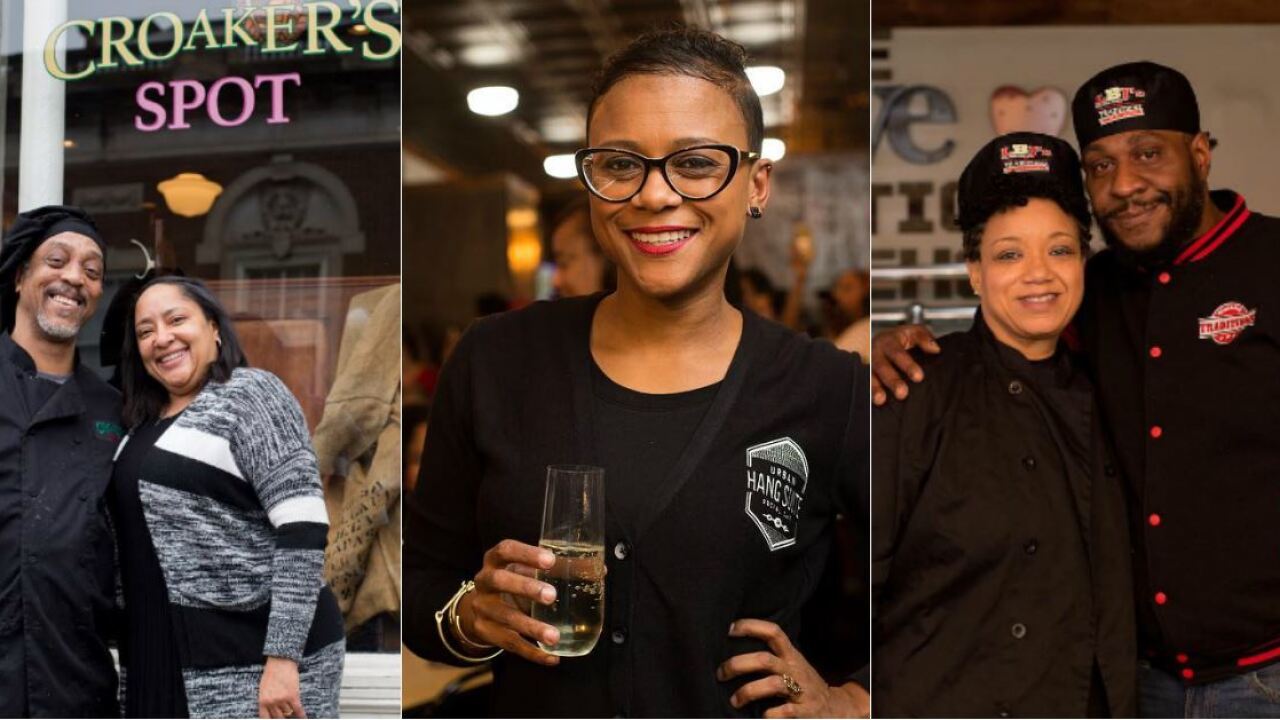 She created her coffee shop last year to make a comfortable space for customers to connect with one another despite their differences.

Lemon is also tri-owner of the Virginia Black Restaurant Experience — an opportunity for people throughout the Richmond and Henrico area to connect and to enjoy the diversity of meals offered by black-owned restaurants.

The theme is Culture Meets Cuisine, and the food is served up for a good cause: It will raise money for the Mary G. Brown Transitional Center, a nonprofit agency that helps people with housing, job training and other services.

With every event ticket purchased, proceeds will go directly to the center. Events that serve alcohol will give 100 percent of their sales to the center.

Each restaurant participating in the RBRE will have a passport that lists all other restaurants included in the experience. Mama J’s, Vagabond, Pig & Brew and Urban Hang Suite are a small handful of what to expect — with vegan options available at certain restaurants.

Throughout the week, the RBRE will also sponsor various events that require a ticket:

March 8 - ART for the SOUL on Friday

In its first year, the RBRE consisted of 19 restaurants. Last year, 10 more restaurants joined the list. Every year, more jobs are created and more money is raised through special event ticket sales.

The experience was created by Lemon, Amy Wentz and Shemicia Brown with the aim of addressing economic disparities within the city’s minority-owned business community as well as advancing Richmond’s growing culinary tourism scene.

"We felt like what we do is bigger than just a week, so we started Virginia Black Restaurant Experience,” Lemon said. “It’s just an experience of celebrating culture and cuisine that often times gets ignored for various different reasons.”

For the last two years, the beneficiary of the RBRE was Renew Richmond, an organization dedicated to increasing healthy food efforts by creating urban gardens and offering educational and other programs.

“We wanted to give someone else the opportunity to be able to grow their nonprofit,” Lemon said.

Richmond is a popular food destination where Lemon said minorities in the food industry often get overlooked. When Lemon opened Urban Hang Suite in October, she wanted to open a space that allowed engagement to anyone who walks in the door.

Located at 304 E. Broad St., her coffee shop offers a traditional grab ’n’ go setting in the front with an open space in the back for people to connect.

According to Lemon, black-owned restaurants can face challenges in terms of obtaining financing, promoting and managing the business.

“Because of that lack, we found it important to be an assistant or just to be an ally to these restaurant owners in pursuit of giving them a true, proper place within the Richmond culinary scene,” Lemon said. “You have to realize that in some of these smaller black-owned restaurants, they’re the chef, they’re the marketer, the GM — they may be a host one day.”

Inner City Blues, home of Carolina Bar B Que, has participated in the RBRE every year so far. Co-owner Alicia Hawkins said she and her husband see higher sales each year, and that allows them to be more active in the business and the community.

“Richmond is a foodie town, and a lot of times with the small businesses, a lot of people don’t know that these small businesses exist,” Hawkins said. “I have customers come in all the time to say, ‘We didn’t know you were here,’ which is kind of strange.”

Before the restaurant moved to 3015 Nine Mile Road in 2014, it was Inner City Blues Takeout on Gilpin Court in Jackson Ward. When the landlord wanted to make changes, Hawkins and her husband had to relocate. After the owner of their current building retired, the space opened up for them.

“It was a business opportunity that it was just as if God had opened the doors,” Hawkins said.

Hawkins went to the original Armstrong High School. Having grown up in the area, she was familiar with her new business location.

Hawkins said the RBRE is a chance to showcase restaurants like hers.

“We also saw the lack of black-owned restaurants in the larger restaurant weeks,” Lemon said.

Richmond is home to many food festivals from Richmond Oktoberfest to Festival of India. According to Lemon, when VBRE was created, the organizers got criticized and called racist for celebrating African-American restaurants.

“We had to remind everyone of the other festivals that happen all the time in this city,” Lemon said. “All these festivals celebrated culture and heritage, and that’s all we’re trying to do.”

“It’s very important for those that are not familiar with this week to know that it is open to everyone,” Lemon said. “We hope that people come out of their comfort zones for this week.”

In Episode 002, we get caught up on Scott's new love affair and Robey dives into Richmond restaurant openings, the proper price for a good burger, and upcoming food festivals.

Booth Hardy from Barrel Thief recommends this episode's perfect pour and Chef Johnny brings the heat from the kitchen to tell us what's wrong (and right) with Richmond's restaurant scene. We close the show with by answering questions from the mailbag and Robey's Rant.

If you like the show, please leave a 5-star review.