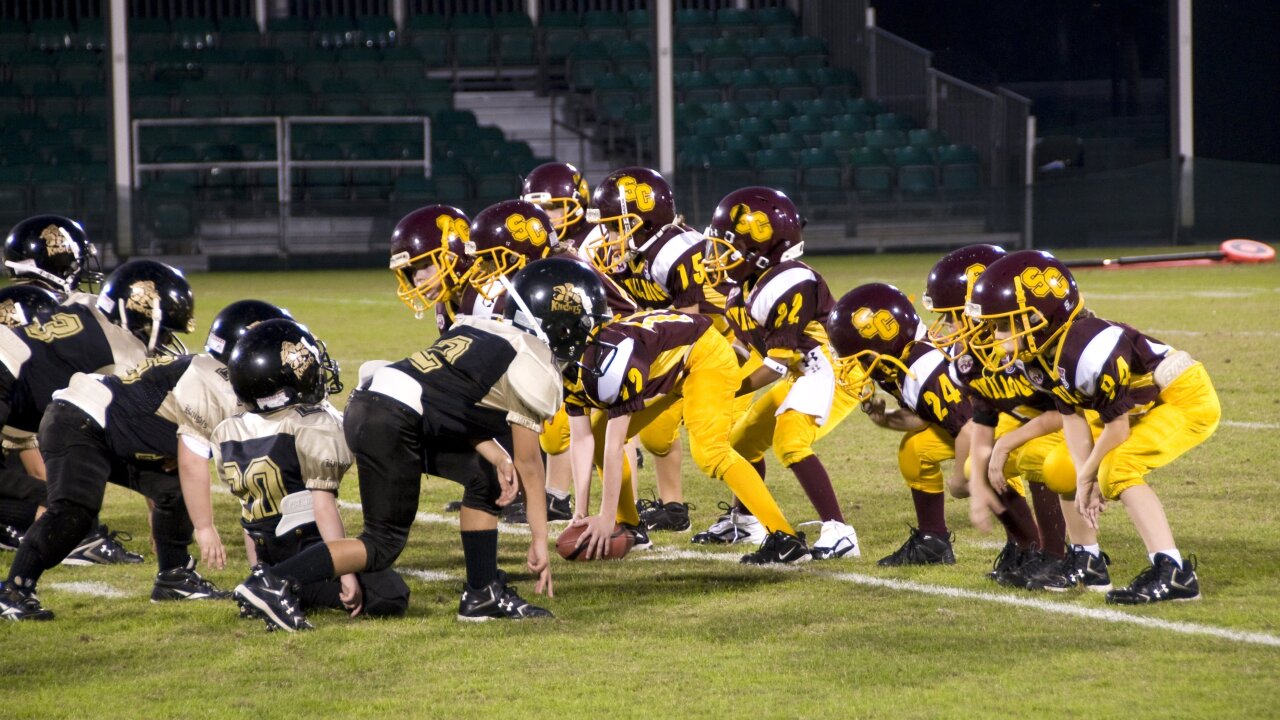 In a first for any national football organization, the Pop Warner youth league announced that it will ban the traditional three-point stance.

In a first for any national football organization, the Pop Warner youth league announced Thursday that it will ban the traditional three-point stance.

Pop Warner, the nation’s oldest youth football organization, will be eliminating the stance in its three youngest divisions — Tiny Mite (5 to 7 years old), Mitey Mite (7 to 9) and Junior Pee Wee (8 to 10) — as of the 2019 season.

Beginning in September, players in those divisions will no longer be able to place their hands on the ground before they snap the ball. The concern is that this position lowers players’ heads, making them more likely to lead with their heads and putting them in a more vulnerable position for head injury.

Football has been in the spotlight because of concussions and the prevalence of the Alzheimer’s-like disease chronic traumatic encephalopathy, or CTE, among former players. There are efforts to make the game safer for even the youngest players.

The players will now have to be upright or in a more modified squat position with their hands on their legs.

“We believe this change is another step in creating a safer, better football experience for young people,” Jon Butler, executive director of Pop Warner, said in a statement. “We are changing how players are introduced to the sport and how they learn to play the game. We are also setting the stage for our higher levels of play to adopt the change.”

Pop Warner’s plan is to eliminate the stance entirely, but there is no firm timeline. League officials plan to use this season to evaluate the change.

“Eliminating the three-point stance should lessen the amount of force between linemen and we expect it will cut down on unintentional helmet contact at the line,” said Dr. Julian Bailes, chairman of the Pop Warner Medical Advisory Committee, in the statement.

Pop Warner will also be eliminating the kickoff in its Pee Wee (9- to 11-year-old) division, after banning the move in its three youngest divisions in 2016. Now, after a score or when starting a half, the ball will be placed at the 35 yard line.

The kickoff poses a risk for head injury because it can result in players running and tackling at particularly high speeds.

Pop Warner will also be eliminating the kickoff in its Pee Wee (9- to 11-year-old) division, after banning the move in its three youngest divisions as of 2016, out of concerns over the dangers of the kickoff. The play can find players running and tackling each other at high speeds.

After a score or when starting a half, the ball will now be placed at the 35 yard line.

Pop Warner has about 325,000 children between the ages of 5 to 16 participating in its football and cheer and dance programs nationally.