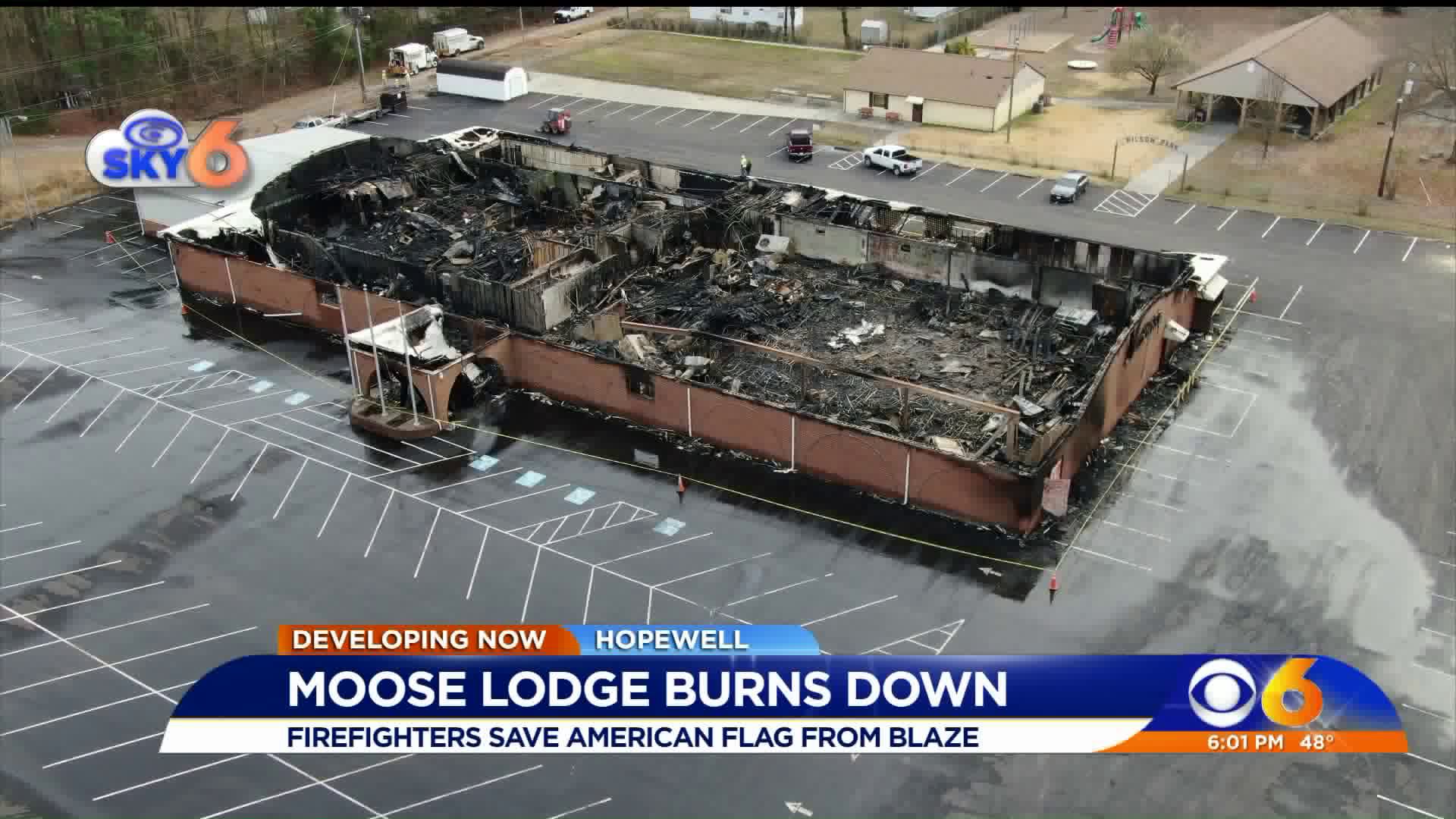 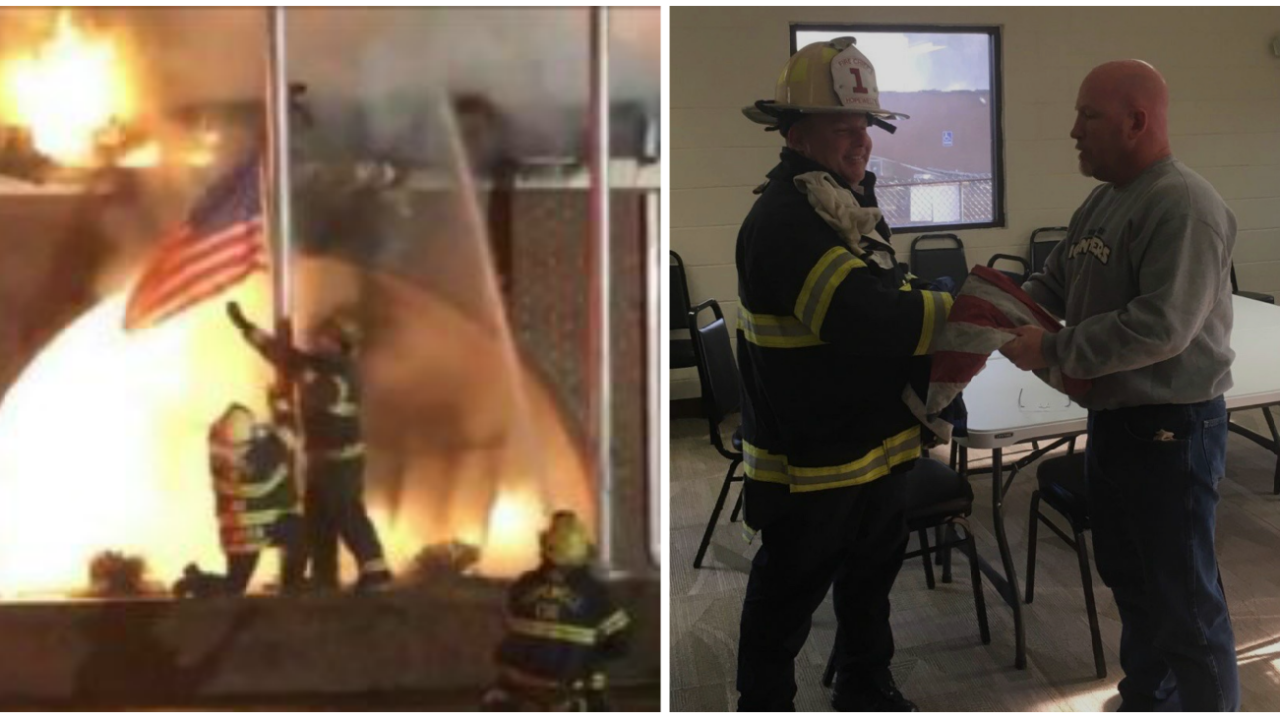 HOPEWELL, Va. -- As firefighters fought the flames that burned the Hopewell Moose Lodge early Thursday morning, a set of firefighters saved the American Flag flying outside the burning building.

"That's crazy and I think it's awesome that they'd take time to do that. That shows what that means to them. Rescuing an American flag and you're on a fire scene," said lodge member Kaloeb Crockett. "I'm kind of getting chills now, but it's cool they stopped and did that."

The flag was returned to the lodge's governor, Brian Carpenter, by Hopewell Fire Chief Donny Hunter after the fire. Carpenter says it means everything to him that the firefighters were able to save the flag and return it to him.

As firefighters fought the flames that burned the Hopewell Moose Lodge early Thursday morning, these firefighters saved the American Flag flying outside the burning building. pic.twitter.com/Dw5eEkqDph

When firefighters were called to the Western Street building, at about 4:30 a.m., the Moose Lodge was fully engulfed in flames. The flames and smoke were initially coming from the middle of the building -- which is the kitchen and laundry areas are located.

"When I got here it was so engulfed in flames that you couldn’t even really figure where it started," Hopewell Moose Lodge Treasurer Don Readshaw said. "It’s a feeling of futility because there’s nothing you can do."

"It's all gone. Just burnt wood," added lodge administrator Brad Ozmore. "It was gut-wrenching and then it was sad because there's a lot of memories and a lot of ties to the community.”

Chief Hunter said when his crews arrived, they made one interior attack.

"It immediately came through the roof once we made an interior attack on the building so we pulled people out," he said.

Chief Hunter called the fire one of the largest he ever fought.

"This is one of my top ten," he said. "We don’t usually lose a whole building. I mean, we pride ourselves in being very aggressive and fighting fire hard."

Ultimately, Chief Hunter said their main goal was to keep everyone safe, so fire crews continued to battle the fire defensively.

Fire crews are still investigating the cause of the fire but said at this time, they do not suspect foul play.

Readshaw said it will take some time for the board to figure out the next steps, but he said they will do what needs to be done to rebuild.

Carpenter said that community members, other Moose lodges, and other social clubs have reached out to see how they could help with the rebuilding.

"There was a gentleman that we have a donation to recently and his dad, I was talking to this morning, and he said he offered to give it back. So, that was a little touching, you know," added Carpenter. "We'll be back. A little bit bigger, a little bit cleaner, a little bit neater, and we'll be able to do what we do all over again."

Since it was chartered in 1956, the Hopewell Moose lodge has been here. It is no more. pic.twitter.com/qEx8bRV4eI