Venice to charge day trippers up to $11 to visit 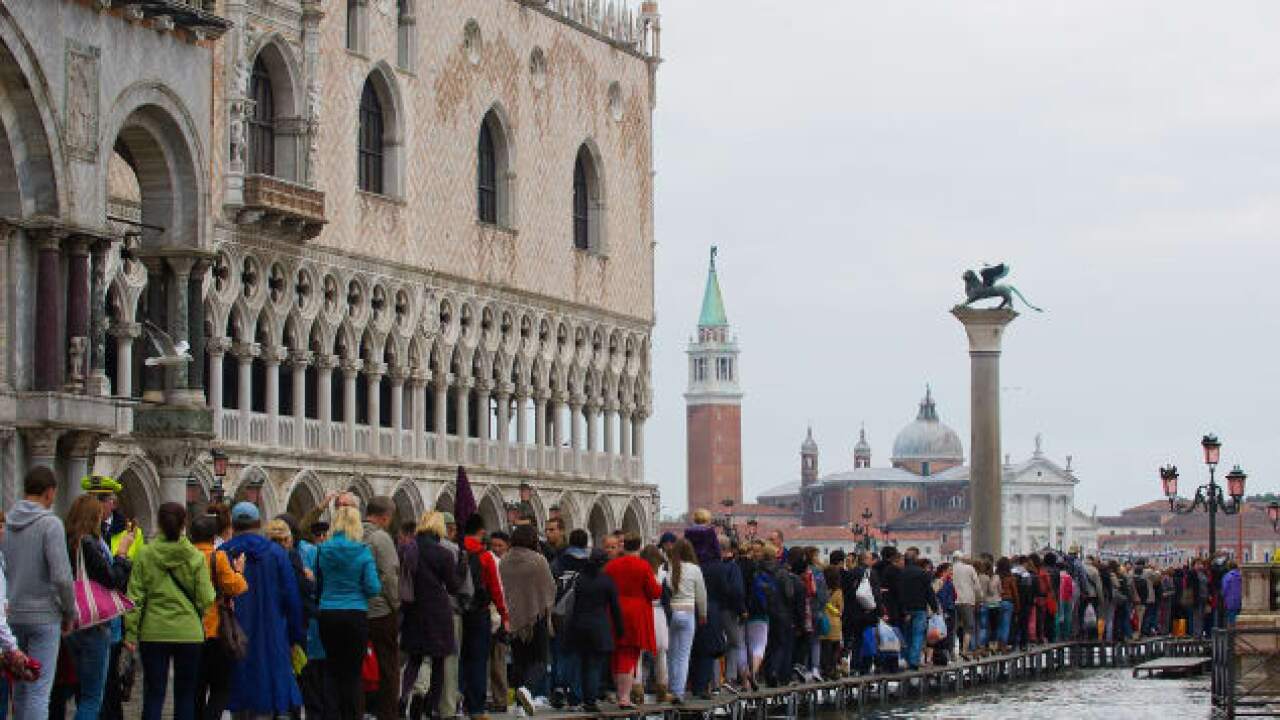 A trip to the already pricey city of Venice, Italy, will now leave your wallet even emptier than before. Venetian officials have officially confirmed plans to charge day visitors up to $11 (€10) to enter.

Until recently, the Italian city’s tourist tax only applied to those spending the night.

But as Venice sees visitor numbers soar ever higher and streets become ever busier, government measures to combat overtourism are toughening.

Over 2018’s busy May Day weekend, the local government restricted the movement of visitors and implemented moves to separate the tourists and locals wandering the city center.

This new law is the latest — and arguably the most extreme — measure designed to handle the nearly 30 million tourists who visit Venice each year.

The government says the money collected will go towards costs such as waste management and maintaining the heritage city.

Venetian mayor Luigi Brugnaro confirmed the tourist tax had been approved in a video posted on Twitter.

They’ll be some who are exempt from paying — namely residents of Venice, commuters, students and children under six.

For the full list of those who don’t have to pay, see this link to the Venice city website.

The tourist tax will be included in your train ticket — or whatever mode of transport you arrive in.

“From today, the disembarking tax in the historical center of Venice is law,” said Brugnaro, in an earlier video, published on December 30, 2018 — when the law was proposed as part of the 2019 budget.

“This will help us to better manage the city, keep it clean, and offer visitors better services.”

The mayor added that the introduction of the measure would see Venetian living conditions improve.

Local Marco Malafante, who manages luxury vacation rentals in the city, said back in December that he agrees with the move.

“As a Venetian I often found myself stuck in crowded lanes. Venice is engulfed by tourists and we have to reduce the day trippers in favor of a more qualified, let’s call it ‘luxury’ tourism. The alternative is simply that we all are uncomfortable in Venice.”

But a Venetian gondolier, who says his name is Cuba, told CNN he’s not convinced the move addresses the real problems associated with overtourism in Venice.

“Entering Venice will be like entering into a museum, I don’t think the measure will help the problem of transforming Venice into a Disneyland, with fake glass shops and piazza sellers replacing the old ‘bottega’ or artisan shops,” he says.