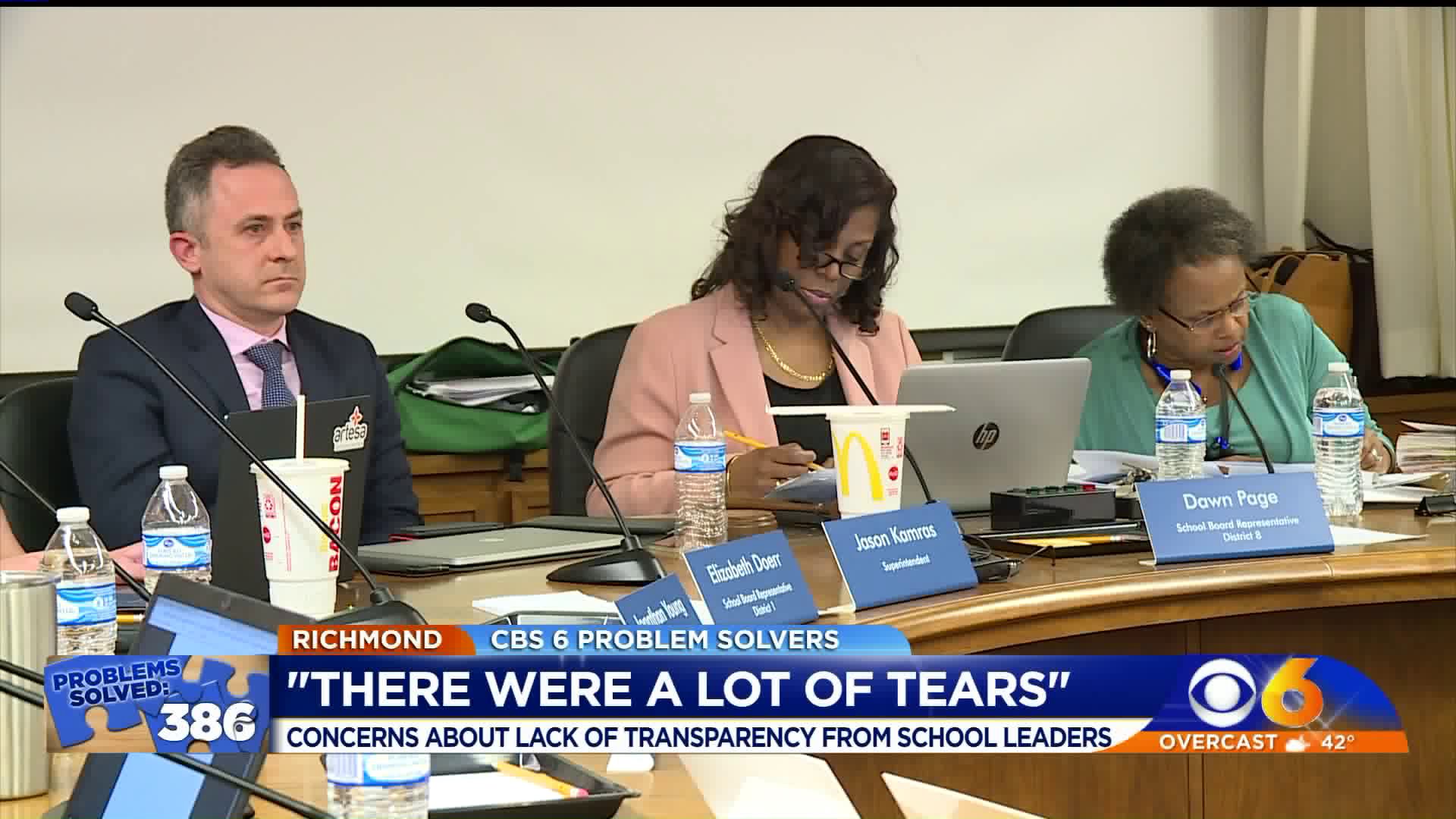 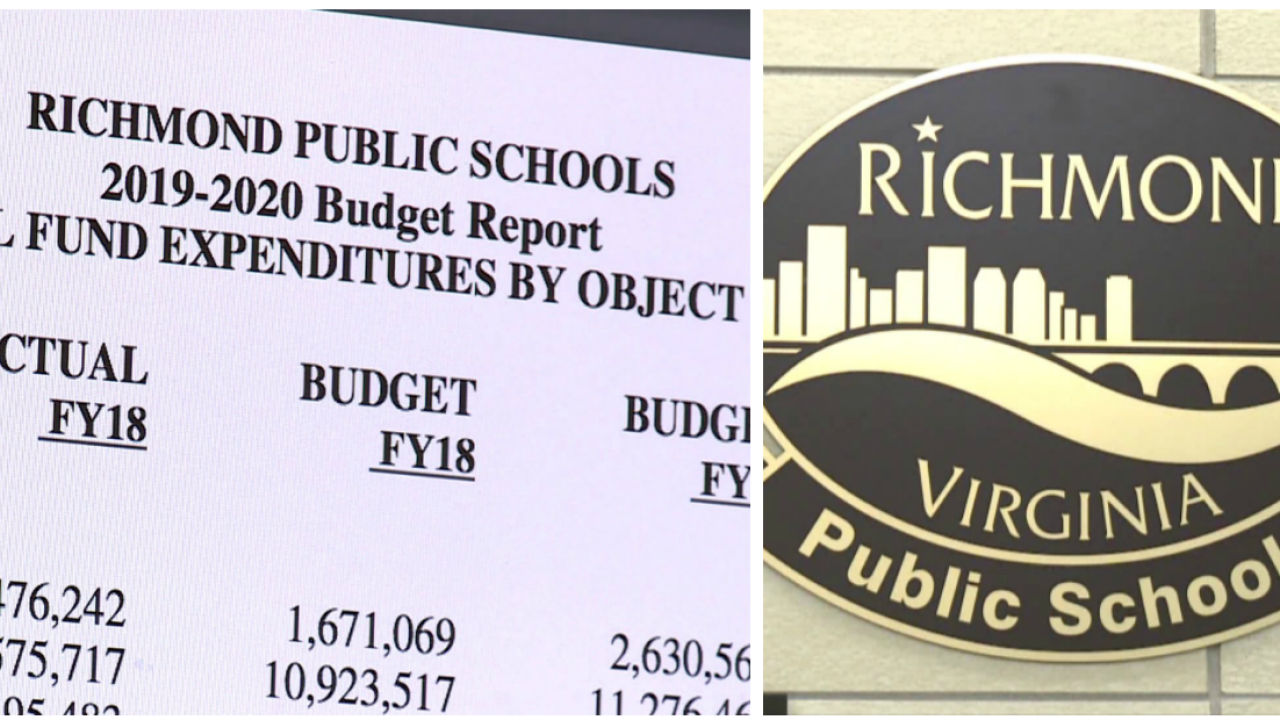 RICHMOND, Va., -- The Richmond Public Schools 2020 budget was released days after the Richmond School Board voted to approve the 228-page plan.

The School Board voted 6-3 Monday night to approve a budget that would slash nearly 50 central office positions -- despite releasing only a summarized version of the proposed budget to the public.

Megan Rhyne, Executive Director Virginia Coalition of Open Government, explained, "the law says agenda material should be released to the public at the same time the members of the board get it."

She added, "Unfortunately, I think that [withholding documents] can interfere with the trust that citizens have with their government."

When the full budget was released Wednesday afternoon, 49 central office employees found out they were losing their jobs by June.

Among the jobs eliminated include instructional assessment analyst positions. Those analysts oversee testing and staff training in the classrooms.

Richmond City Councilwoman Kim Gray, who once served on the School Board, expressed her concerns over a lack of transparency with current school administration.

"I'm very upset as a parent, I'm angry as a taxpayer, and as a councilperson I'm concerned because I'm being asked to support a budget, which is lacking in transparency and lacking in proper process," Gray stated.

In a letter sent to central office employees, Richmond Schools Superintendent Jason Kamras wrote, "I had hoped to be able to inform you about your status for next year in face-to-face meetings prior to the news becoming public, as no one should learn about their future in the newspaper."

Kamras originally said he hoped impacted employees would be notified by April 1, giving them three months to plan before the end of their contracts.

Gibson voiced concerns over the impact of job cuts.

She said the administration has shown a lack of transparency in the job elimination process.

"I've been pushing for a very long time for more transparency regarding the list of cuts," Gibson said. "I thought we were going to protect those people and it doesn't feel like protection when their jobs are at stake."

Kamras said cutting $13 million from the proposed $300-million budget would help steer the school district in a new direction by creating more teaching positions and resources for the classroom, while eliminating unnecessary administrative positions.

"When you make a cut of this significance, you really need to reorganize how you operate," Kamras told CBS 6 after Monday's meeting. "You can't just cut and do things in the same way."

Along with approving the budget, the board also asked the city to increase its recurring funding by $18 million to help pay for the district's five-year strategic plan and match a state-approved 5 percent teacher pay raise.

"Because I know there may still be a number of questions from staff and members of the public, I will be holding a public meeting tomorrow, February 28th, at 6 pm, at MLK Middle School," Kamras concluded in his letter to employees. "I will stay as long as necessary to ensure that every attendee has a chance to ask her/his questions."