Man flown to the hospital after Dinwiddie crash 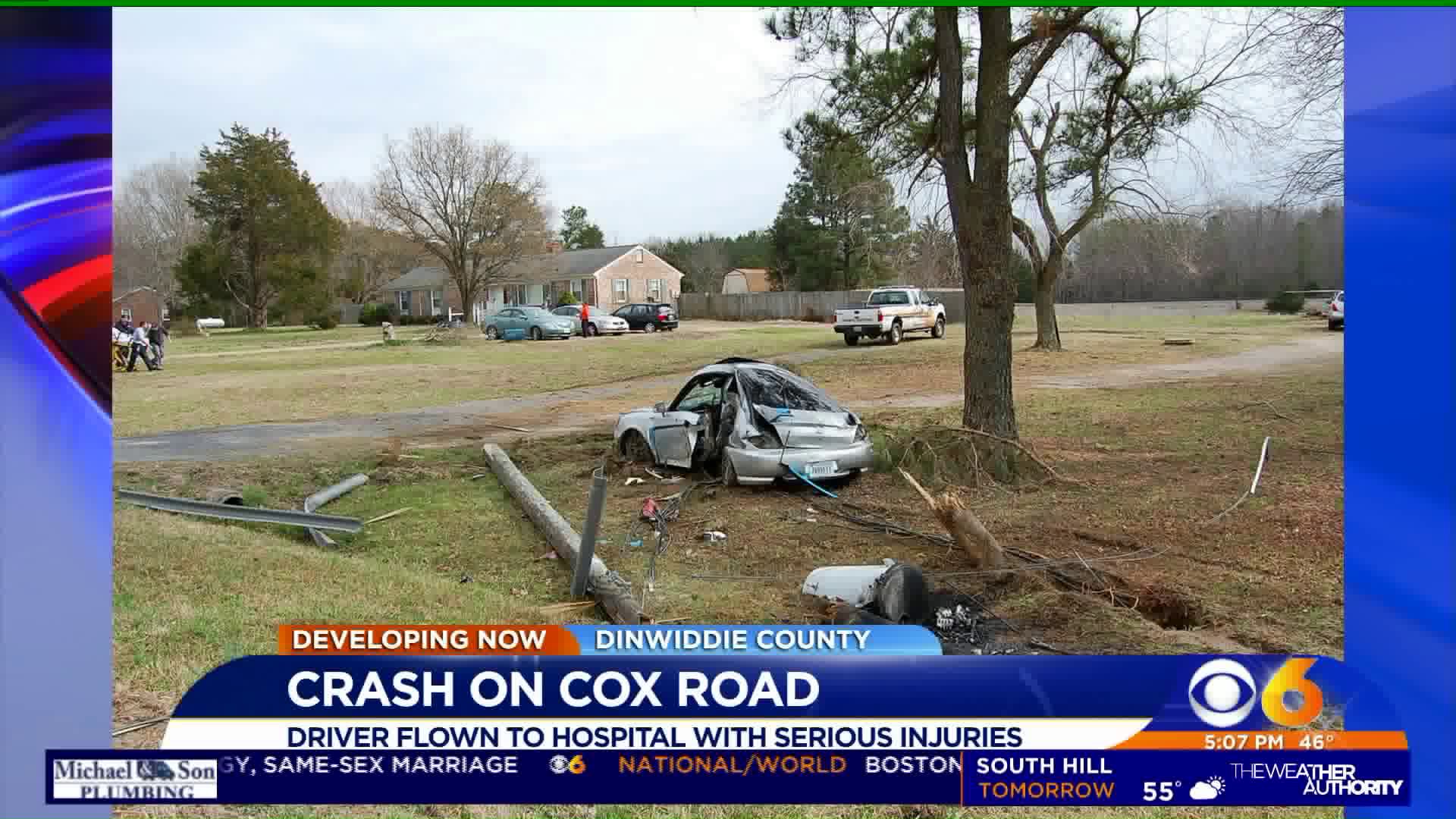 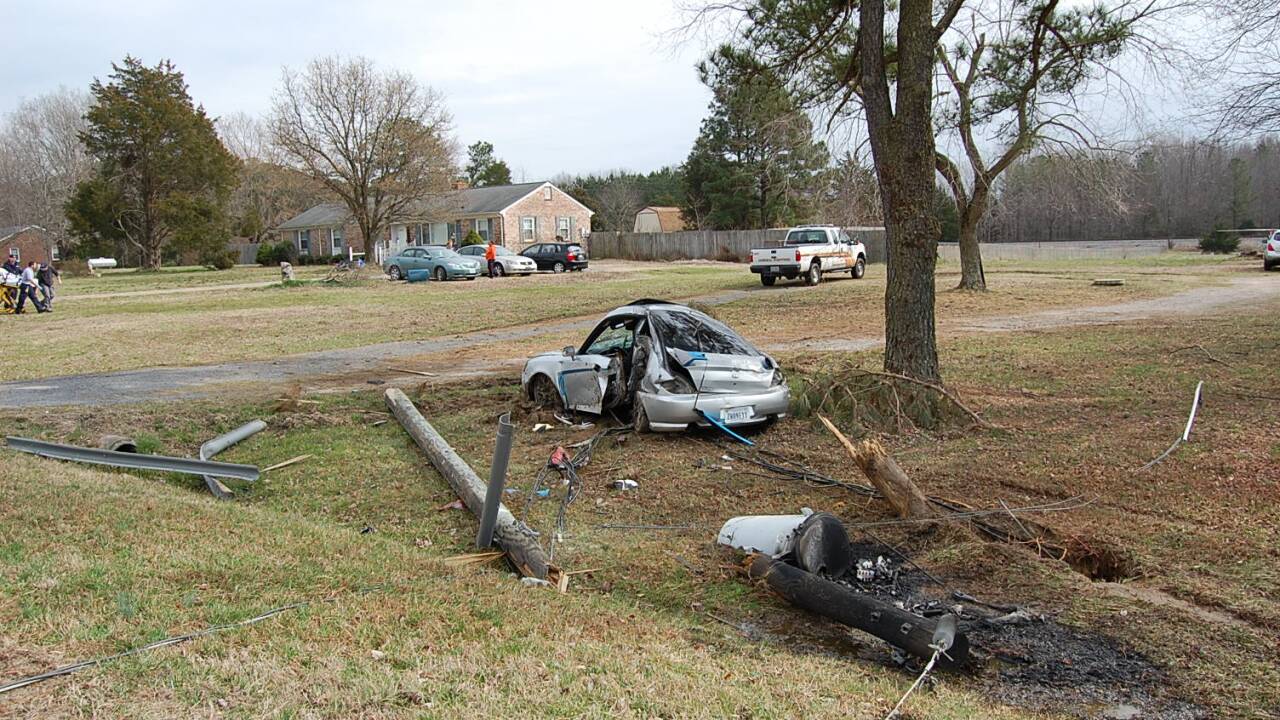 DINWIDDIE COUNTY, Va. -- A man was flown to the hospital Wednesday after a single-vehicle crash in Dinwiddie County.

Virginia State Police said troopers responded to the crash at the 13500 block of Cox Road at approximately 1:16 p.m.

A preliminary investigation revealed that a 2004 Hyundai Tiburon, driven by Carl Childers, 46, of Dinwiddie, was traveling eastbound on Cox Road when he entered into a curve and lost control going off-road left. Childers then came back onto the roadway, ran off road right, and struck a utility pole, police said.

Investigators say speed is being considered a factor into the cause of the crash.

Childers, who was not wearing his seat belt, was transported to the hospital via Med Flight with serious injuries.

Police say charges are pending in the crash which remains under investigation.