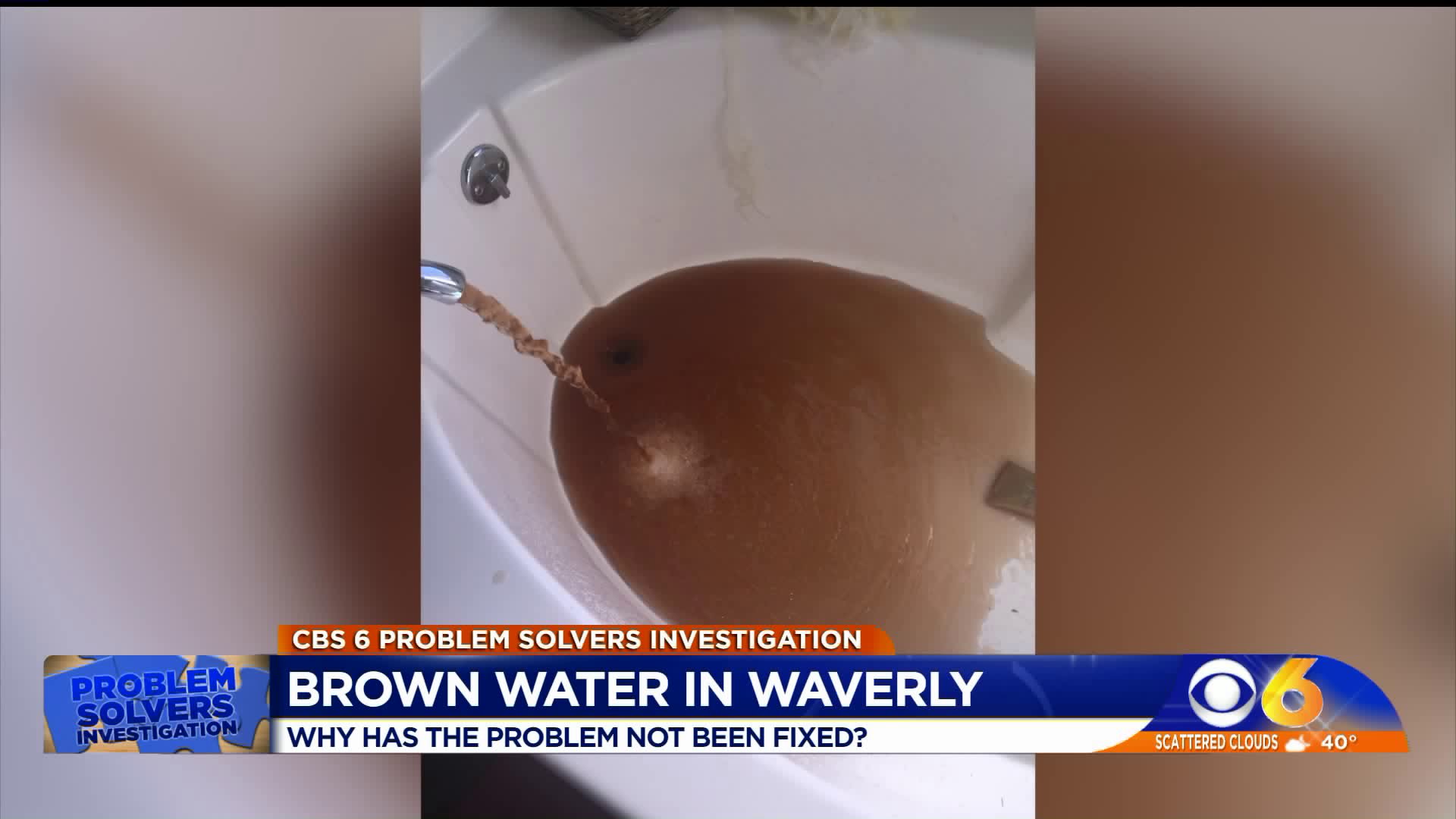 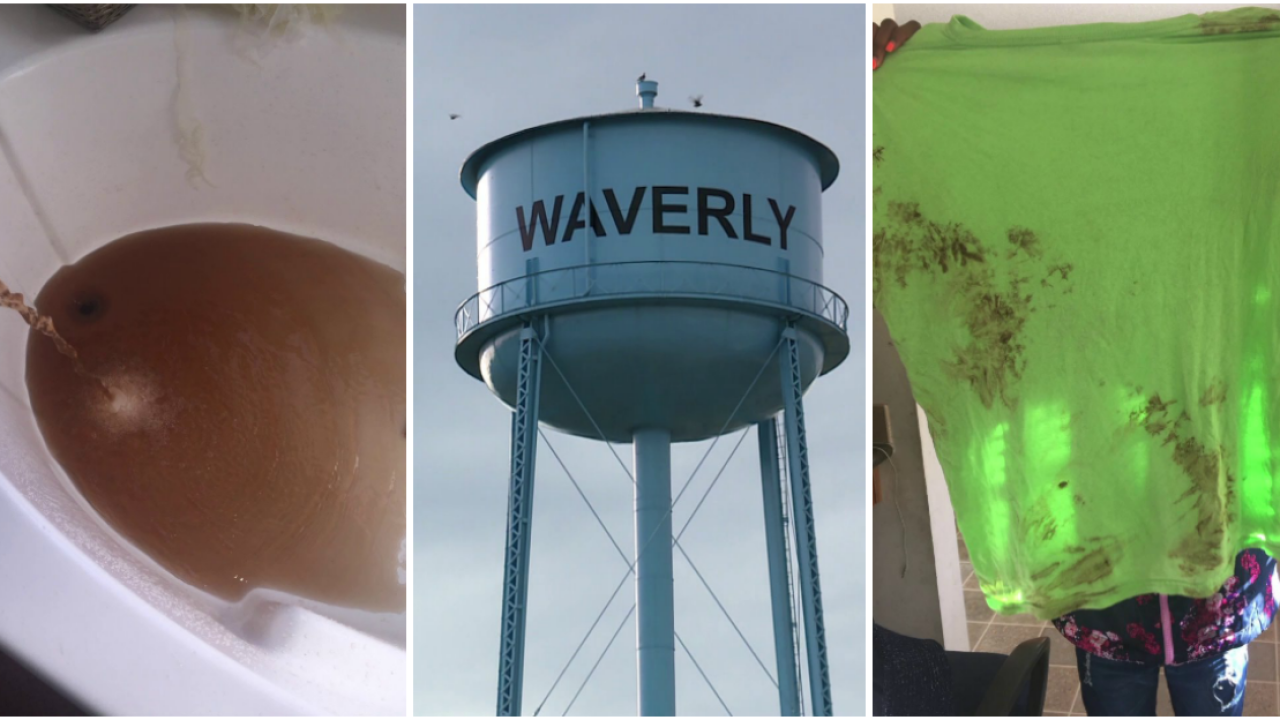 WAVERLY, Va. -- Relying on a tracheotomy tube to breath, a Waverly woman who didn't want her name used, doesn't mind washing her dishes with the town water.

But drinking it, well, that's another story entirely.

"I try to get her bottles of water from the store so she can be able to drink and cook," the woman's daughter, who asked to remain anonymous, said.

She said brown water sometimes comes out of her mom's faucets.

"It's pretty nasty, just to see the brown coming out the water, you're like 'oh wow,'" the woman said.

She snapped pictures and captured video that show the brown water, and the brown spots left on her laundry.

"I had to throw them away," she said.

New frustration over an old problem that the CBS 6 Problem Solvers first investigated in 2017.

At the time, the state told us the water was safe. Investigators said water line breaks dislodged iron and manganese particles turning the water brown.

The former town mayor said Waverly applied for a $2.8 million state grant to fix things, but we found out Waverly never received the money.

Franklin Cox, a civil engineer by trade, is also a town councilman.

He maintains the water remains safe.

"We have it tested all the time," Cox said.

A clean sweep election put Cox on council in July 2018.

Voters replaced every single council member and the mayor.

"This is pretty typical of what we're seeing around Waverly. It's old stuff over the decades. It hasn't been maintained properly," Cox said. "You get pipe breaks, and our public works guys they work themselves to death patching pipe leaks all over town."

But, he said 90 years of deferred maintenance on the water infrastructure make things tough.

"You need to maintain any kind of infrastructure systems, replacing the water system we have now is very expensive and little towns don't usually have a whole lot of money and it's very hard to plan a long ways into the future to pay for those kind of things," Cox said.

Waverly didn't end up qualifying for millions of dollars it hoped to get from the state in the form of a low interest loan and grant.

"The town was approved for that loan the problem was it couldn't be closed until the town got its finances in order, and there was some issue there," Cox said.

Cox said the new administration will fix those accounting issues and re-apply for the funds.

In the meantime, Cox oversees temporary fixes to prepare Waverly to flush its water lines to help eliminate the brown water.

Upgrades like a refurbished water tower and new fire hydrants to replace three that don't work.

"Hopefully that will set us up so we can do a full system flush," Cox said.

"They need to really hurry up and get on their A game and get it fixed point blank period," the Waverly resident said.

Cox said they should know by this summer whether or not they get the $2.8 million in grant and loan money from the state.

However, he said there is a strong possibility Waverly will have to raise water rates to pay for a major overhaul.

He said the state told them they already have some of the lowest water rates in the state.