What passed and what failed during this General Assembly session 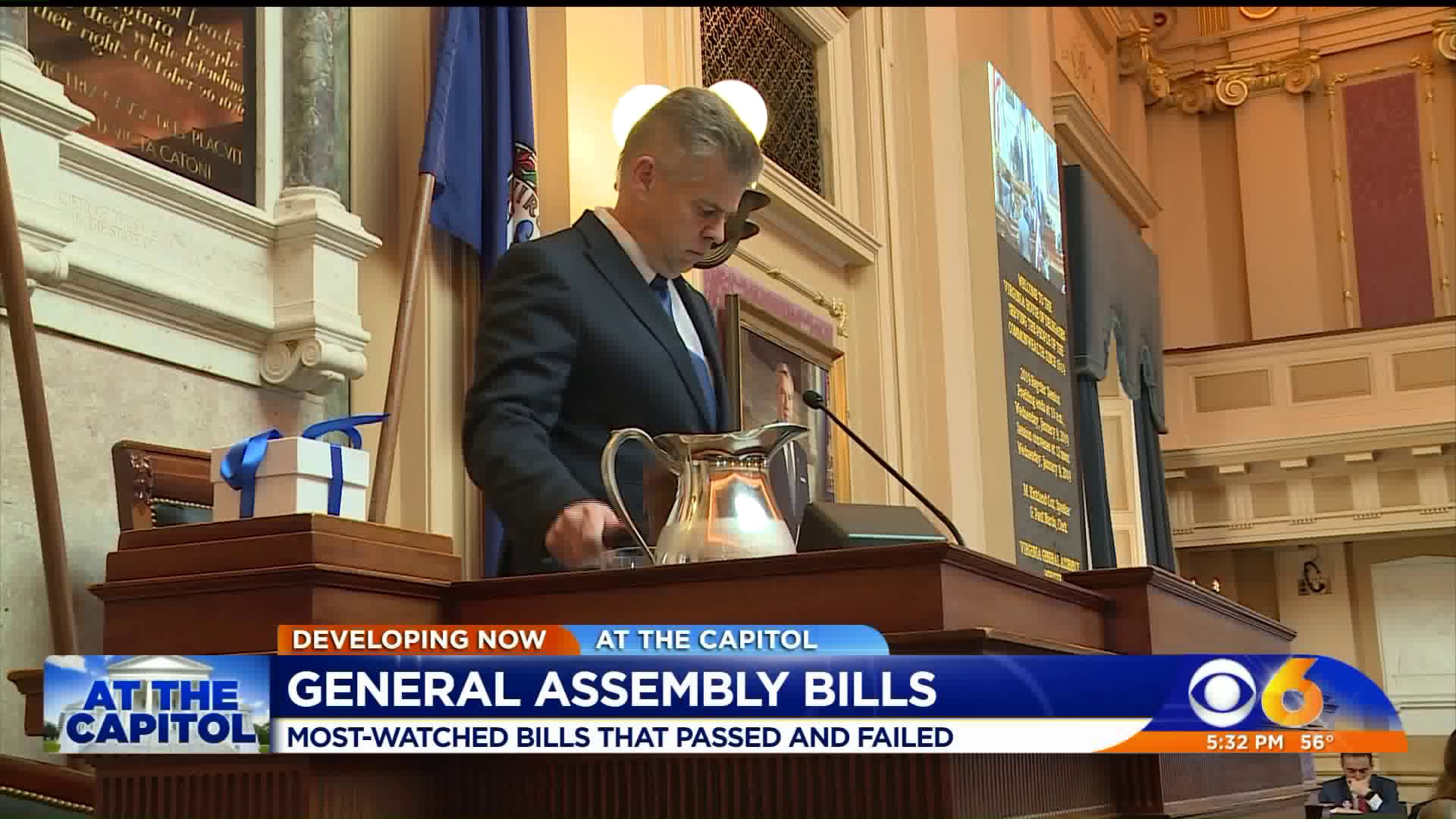 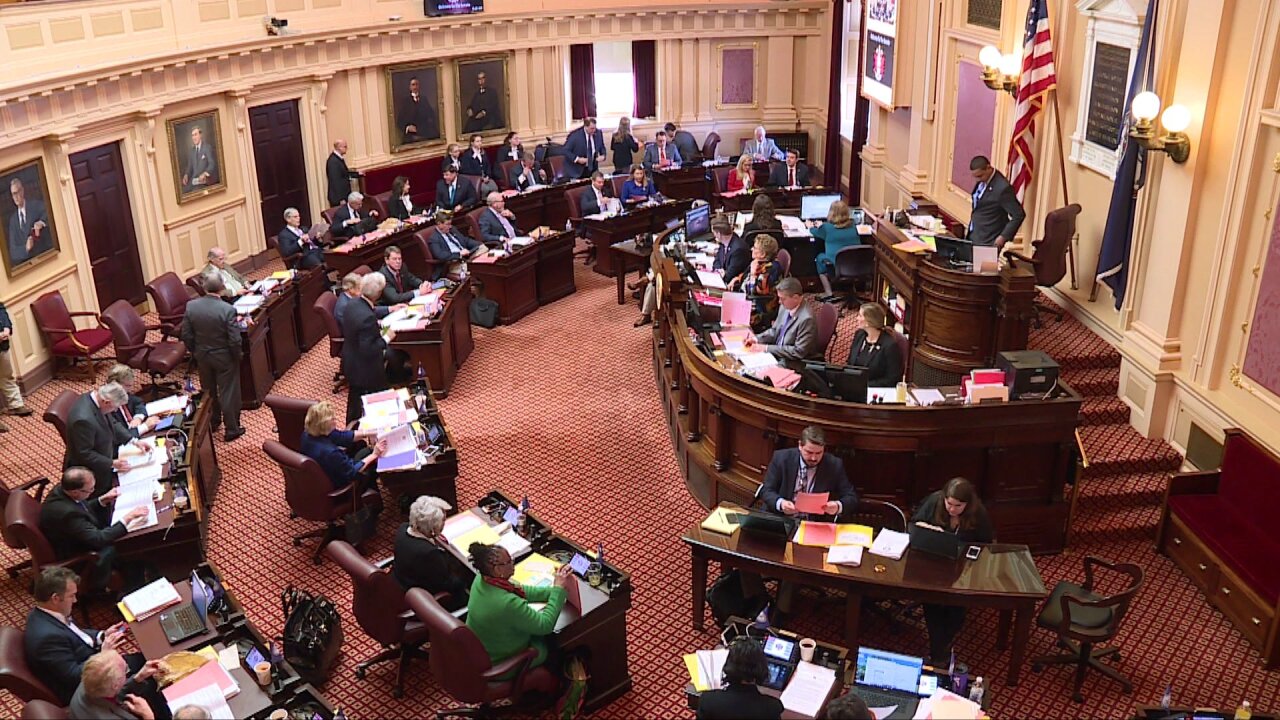 RICHMOND, Va. -- One day after Virginia lawmakers wrapped up the 2019 General Assembly session, a different kind of tradition returned to the shadow of Capitol Square.  For more than 20 years, Matt Neagle with Christopher's RunAway Gourmay has served lunch to hungry customers at the corner of Main St. and 10th St.

Neagle said some years they bring out their food cart while lawmakers are still working.

"You can tell when it gets busy. You can tell the faces are a little stressed out too," Neagle said with a smile and a laugh.

Now that the 2019 session is complete, CBS 6 is taking stock of what high-attention bills made it through the General Assembly and what failed. State lawmakers took up more than 3,000 pieces of legislation during their 47-day session.

State lawmakers amended the two-year state budget to include a five percent pay raise for public school teachers and increased funding for K-12 education after hundreds of teachers, parents, and students rallied earlier in the year.

Take a look at how some of the most watched pieces of legislation fared in 2019.

Increasing the age to buy tobacco --  Virginia Governor Ralph Northam has already signed legislation banning those under age 21 from purchasing tobacco and nicotine products. Even big tobacco and vaping companies got behind the legislation.

"Move Over" law -- Lawmakers stiffened the penalty for drivers who do not move over for emergency vehicles with their lights activated while responding to a scene on a Virginia roadway.  Drivers will soon be charged with reckless driving the first time they violate the "Move Over" law.  This change was inspired by the death of Hanover County firefighter Lt. Brad Clark.

Multiple school safety measures -- Last year, House Speaker Kirk Cox (R-Colonial Heights) formed the House Select Committee on School Safety in the wake of the Parkland, FL, school shooting. The recommendations submitted by the committee resulted in more than a dozen bills that passed in 2019.

Rolling back the "King's Dominion Law" -- If signed by the Governor, local school boards could soon decide to start the school year before Labor Day.

Change to the capital murder law -- The widow of slain Virginia State Police special agent Mike Walter lobbied for a bill that would make the mandatory minimum sentence for those convicted of the capital murder of a law enforcement officer life in prison.

Insurance coverage for autism -- Lawmakers lifted the age cap for requiring insurance companies to cover autism spectrum disorder.  Under current law, companies are only required to cover children diagnosed with autism until they are 10 years old.  The bill requires health insurers to cover patients no matter how old they are.

Coal ash recycling -- Two bills are headed to the governor’s desk requiring Dominion Energy to clean up millions of tons of coal ash at four Virginia power plants in the Chesapeake Bay watershed.  A bi-partisan group of lawmakers, Dominion Energy, and environmental groups all backed the plan.

BILLS THAT ADVANCED IN 2019; MORE WORK AHEAD

Casino gambling -- Virginia signed off allowing casino gambling in qualifying cities where residents vote in favor of having a casino in their locality.  However, the state's watchdog agency will first study the issue and report back to lawmakers by November 2019.  Cities who want casinos would have hold a voter referendum in November 2020.

Independent Redistricting Commission -- Following multiple court cases over Virginia's 2011 legislative maps, the General Assembly passed the framework for an independent, citizen involved panel to redraw legislative maps following the decennial census.  The body would be made up of 8 legislators and 8 citizens.  Before taking effect, the constitutional amendment would have to pass the General Assembly next year and pass a statewide voter referendum.

Ratification of the Equal Rights Amendment -- A resolution that would have made Virginia the 38th and final state to rafity the ERA passed the Virginia Senate, but failed in the Republican controlled House of Delegates multiple times.  The ERA would enshrine equal protection under the law regardless of sex in the U.S. Constitution.  ERA supporters were a constant presence at the General Assembly in 2019.

"Hand free" driving law -- Although versions of the bill passed both the House and Senate, negotiators could not come to a final agreement on the law.  In the final hours of session, the House rejected a conference report that included the phrases "in his hand" and “while physically manipulating the device to view, read, or enter data” to the bill.

Gun control -- For several years in a row, efforts like universal background check for gun purchases or transfers, reinstating the one handgun a month law, and so-called “red flag” laws were defeated in Republican controlled committees.  Republicans said they are protecting Second Amendment rights; Democrats said the safety measures are necessary to protect the public from gun violence.

Driver's license suspension for unpaid court fees -- The Senate approved a measure to repeal the practice of suspending a person's driver's license if they cannot immediately pay court costs.  However, a House subcommittee passed by the bill on a 4-3 vote.  The bill's patron estimated more than 600,000 people currently have their license suspended because of unpaid fines or fees.

Neagle said he followed some of the action at the General Assembly this session, and wish lawmakers would have voted differently in some circumstances.

"The phones in cars. I thought that was going to pass because I see cars every day with people not even driving on their phones," Neagle said.

While the crowds of politicians, lobbyists, and activists will no longer back the Pocahontas Building across from Neagle's food cart, many of his customers are excited his laughs and lunches are back.

Governor Northam will now decide whether to sign, amend, or veto legislation passed by both chambers in 2019. The General Assembly reconvenes for one day in April to consider Northam's amendments and vetoes.