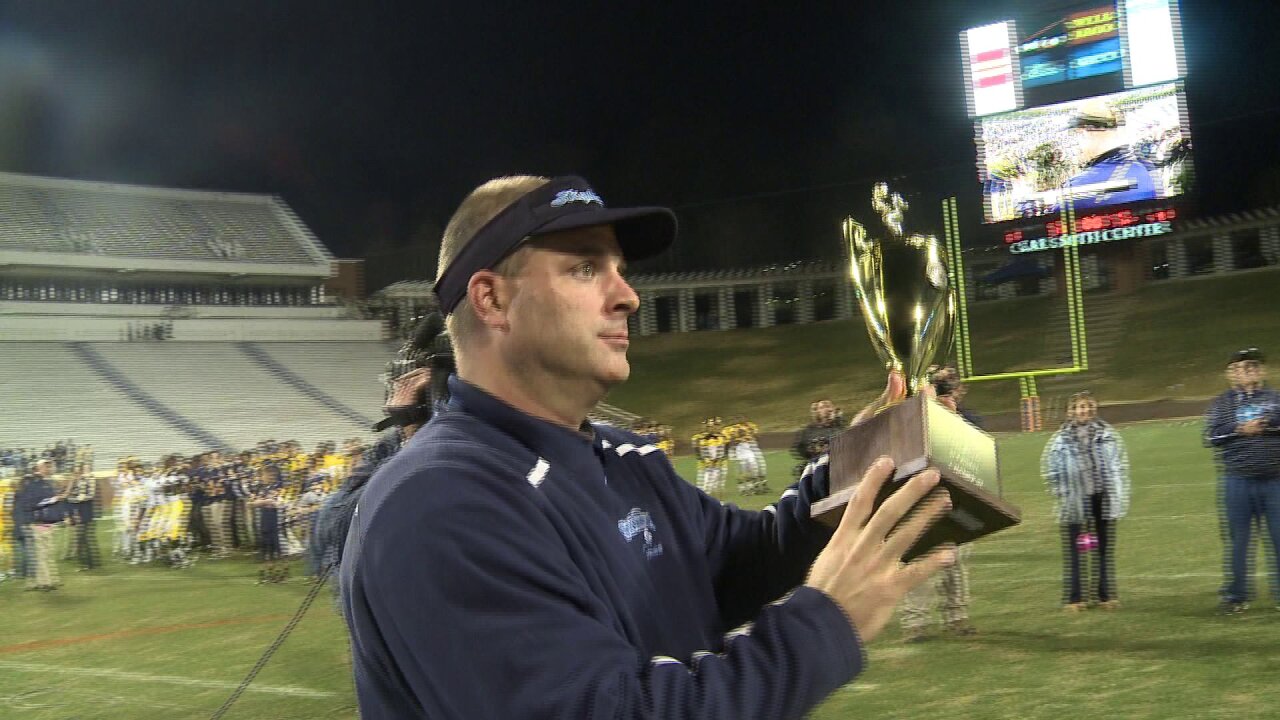 The coach who led L.C. Bird High School in Chesterfield to state football titles in 2012, 2013, and 2014 was named the new head football coach at Hermitage High School in Henrico County.

“We are thrilled to have Coach Bedwell and several of his core staff members to join the Hermitage Family,” Rollison said.

Bedwell returns to coaching with a 203-34 overall head coaching record at both L.C. Bird and Henrico high schools. His teams have won 17 district and 7 regional titles and the coaching bug never really left him.

“When I became the A.D. at Bird, it took until August first when practice began for me to know I needed to get back into coaching” Bedwell told Sean Robertson. “It’s what I’ve always wanted to do.”

Bedwell’s Skyhawk teams met the Panthers 7 times in the post season, winning 4, many of those deciding regional titles. This year’s Panther team went 1-9 under Derrick Johnson who took over after Patrick Kane stepped down following the 2017 season.

“This is a new challenge” Bedwell said. “We’re trying to make a difference.”

While becoming an A.D. was an important step in his career, Bedwell did not feel that he was making as much of a difference in student’s lives as he was as a coach.

“It’s not that I wasn’t happy (at L.C. Bird). I love it there” Bedwell explained. “This was an opportunity that was too good to pass up. ”

Bedwell’s staff at Hermitage will have several familiar faces from his days at Bird, including Tony Nicely who was head coach at Bird for one season following Bedwell’s departure from the staff.