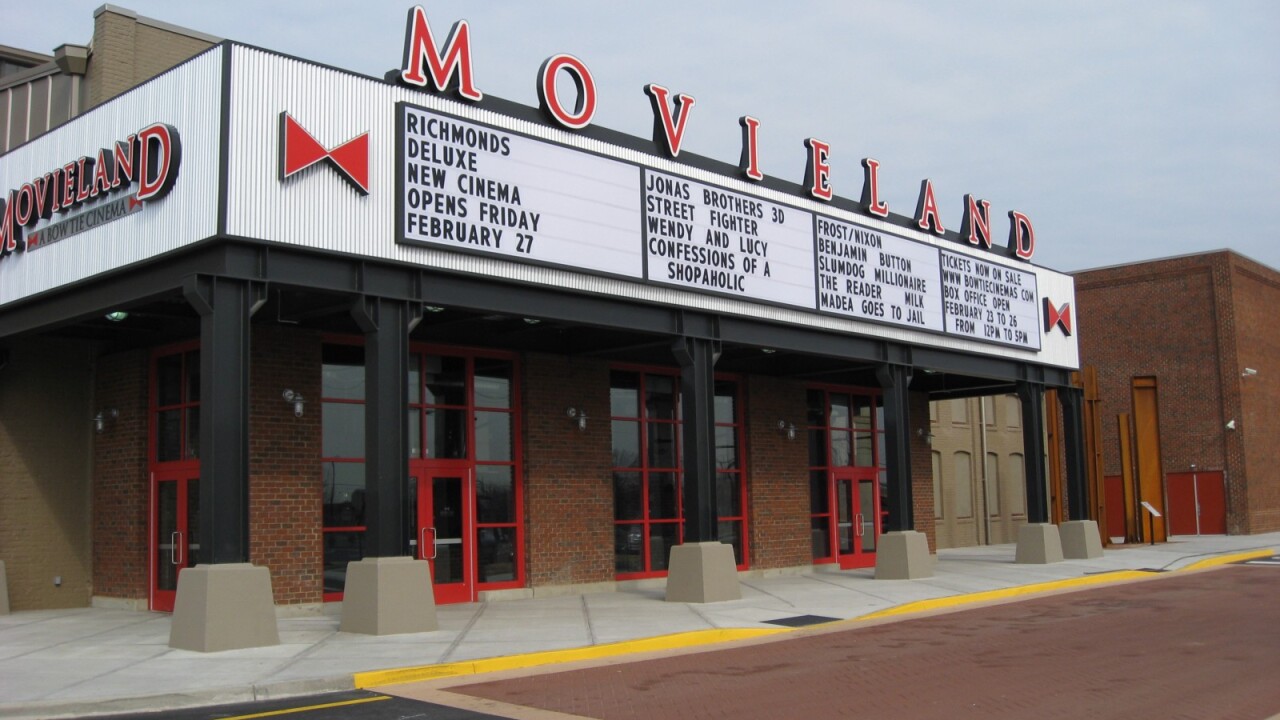 For one day only, admission and popcorn will cost only $5 each and the first 2,500 guests will receive an exclusive, reusable tote bag.

Bow Tie Cinemas’ Movieland at Boulevard Square first opened on Feb. 27, 2009, in a circa-1880 building formerly used as a locomotive assembly plant.

“Opening Movieland represented such an incredible opportunity for Bow Tie Cinemas to bring style and grace to the moviegoing experience to Richmond, given it was the first new theater to open in the city in 30 years,” said Bow Tie Cinemas COO Joseph Masher. “It’s no secret, nor surprise that we’ve maintained our number one position in Richmond and we look forward to further enhancing the Bow Tie experience in the near future.”

The 10 year anniversary will also coincide with the new Bow Tie Bar, which will now serve specialty cocktails in addition to beer, wine, and cider. This comes after changes in Virginia alcohol regulations enabled Bow Tie to upgrade Movieland to serve full liquor.

“Over 10 years, Movieland at Boulevard Square has established itself as a mainstay of Richmond’s entertainment scene,” said Mayor Levar M. Stoney. “I congratulate Bow TieCinemas on its anniversary of bringing the best movies to the residents of our city, and wish them continued success in the next 10 years.”