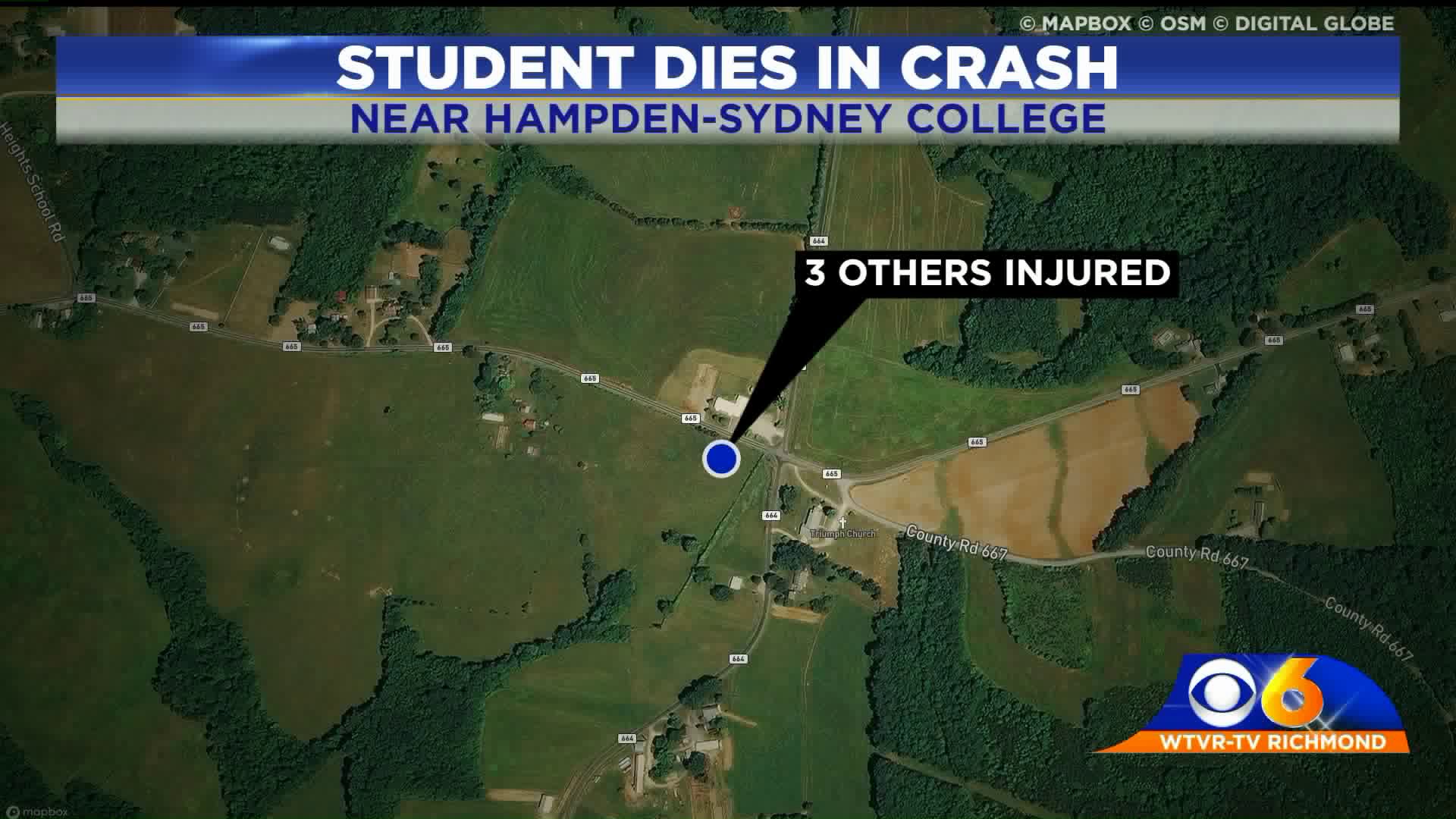 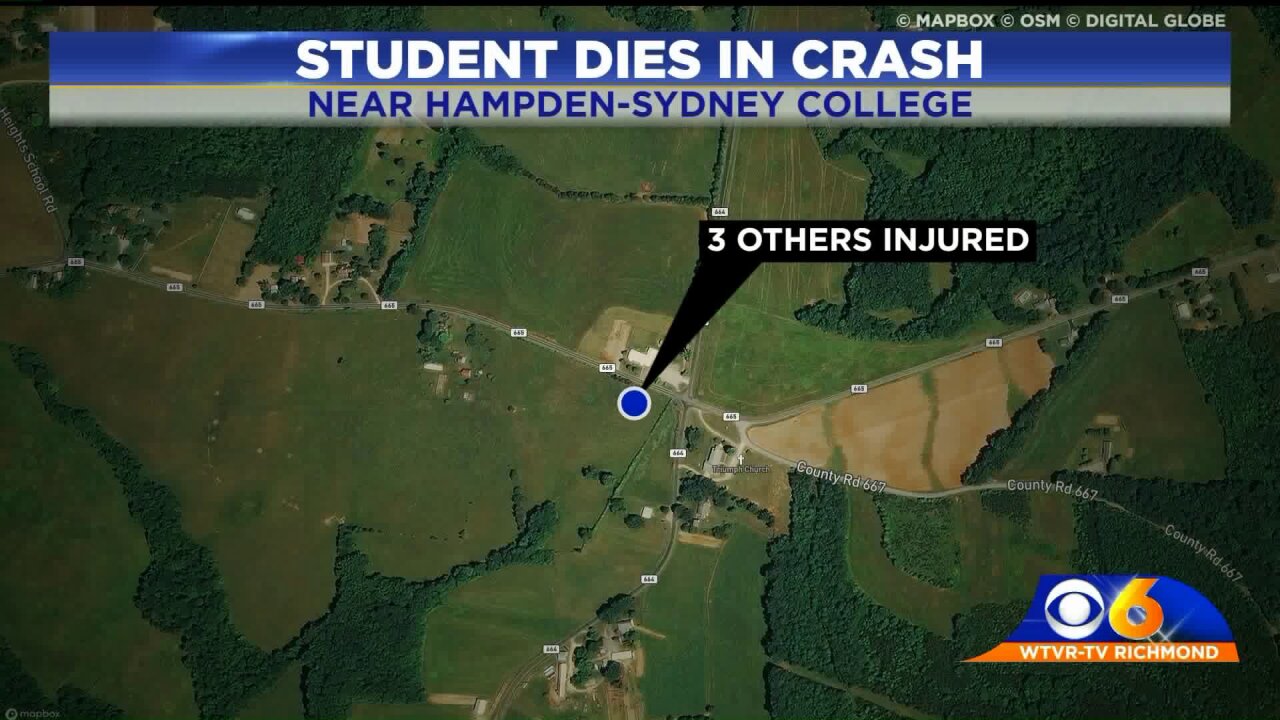 FARMVILLE, Va. -- A Hampden-Sydney College student is dead and three others are injured after a fiery crash early Friday morning.

Fire officials said it happened just a mile away from campus.

The investigation shows a car carrying four students somehow swerved off the road and hit a tree. Then the car went up in flames.

One person died at the scene, according to troopers. Three other victims were taken to an area hospital with serious injuries, officials said.

Troopers are still investigating the cause of the crash.