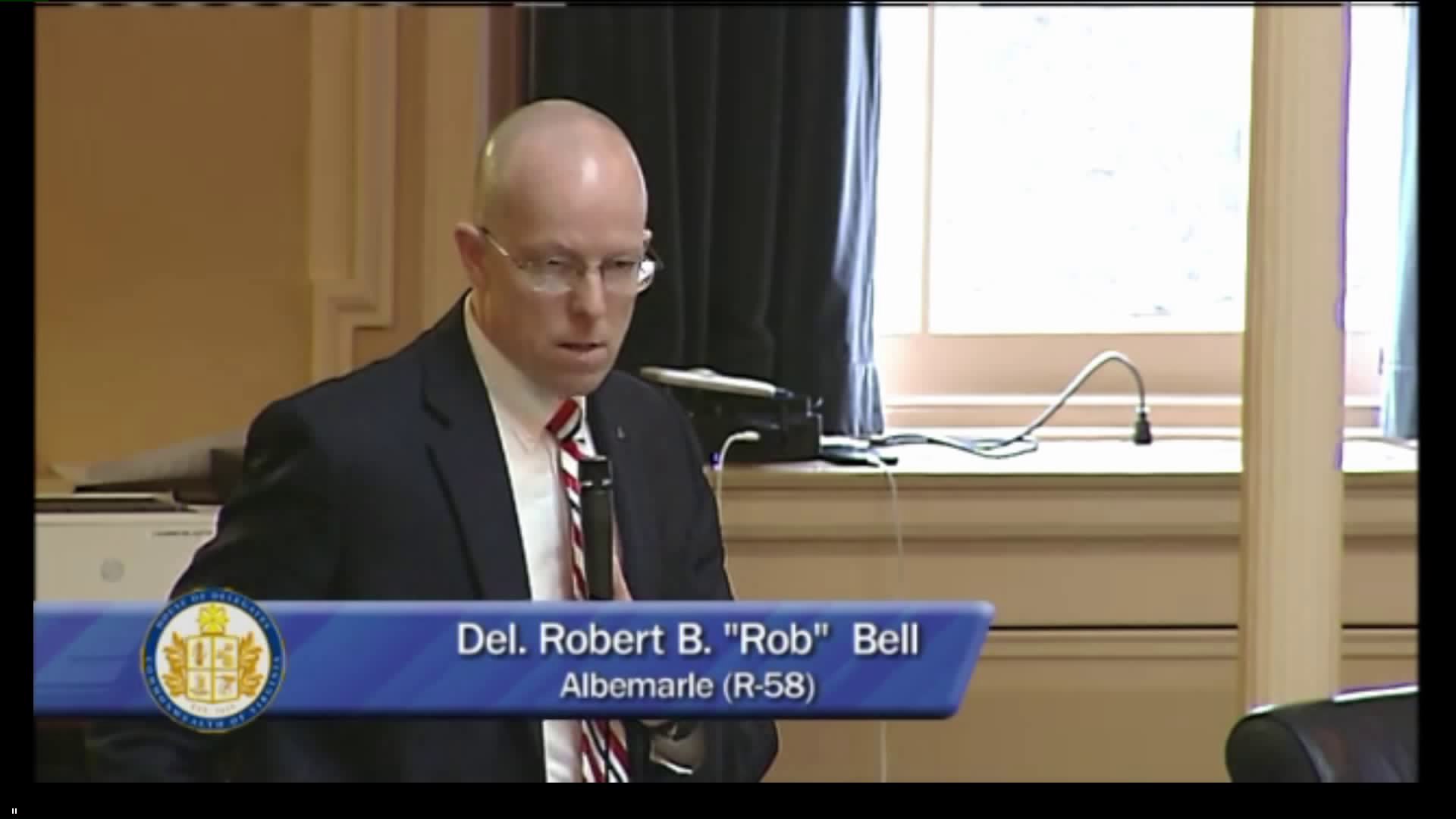 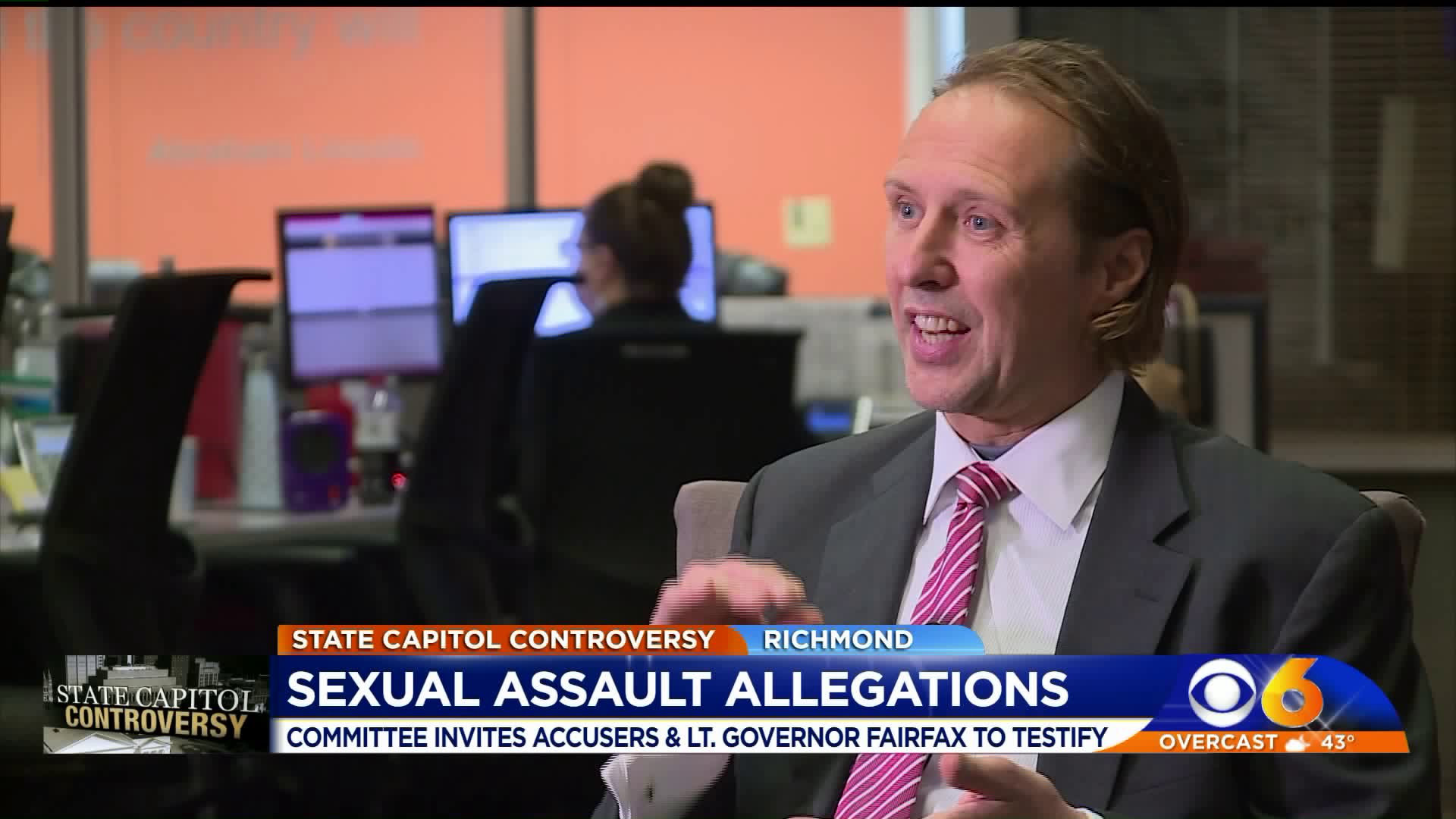 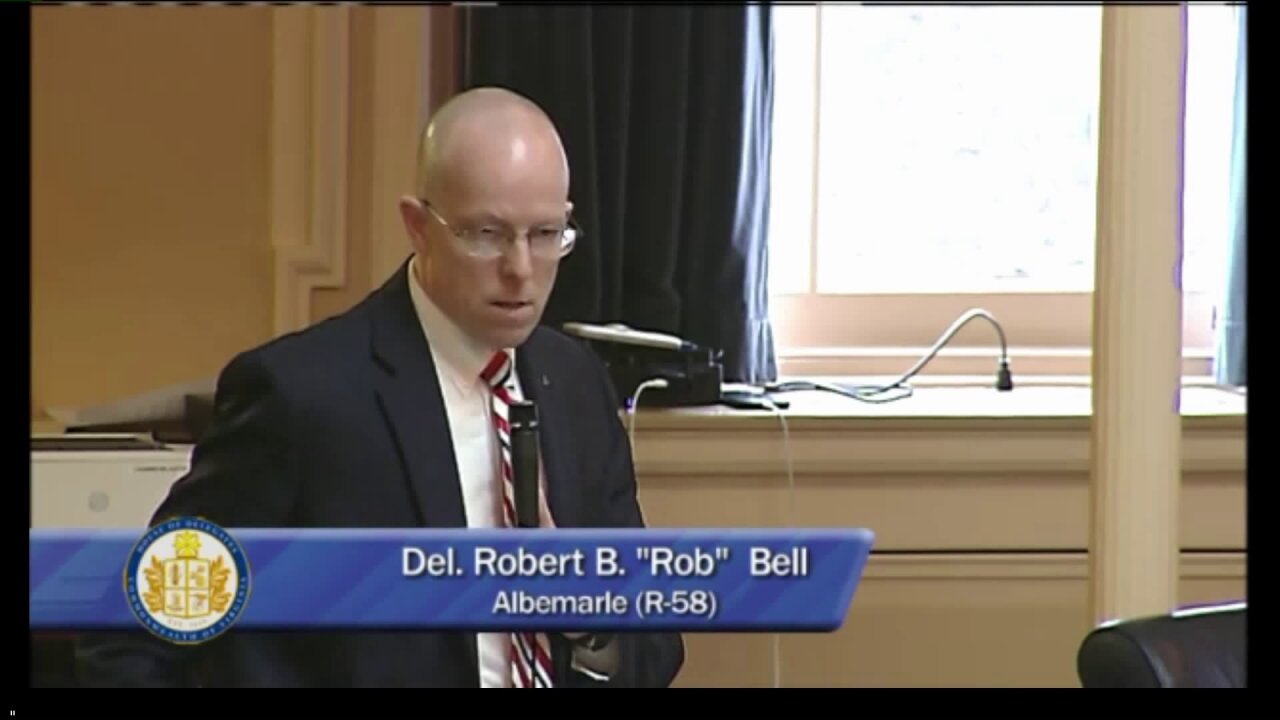 RICHMOND, Va. -- Lt. Governor Justin Fairfax and the women who have publicly accused him of sexual assault will be invited to testify at the Virginia General Assembly.  Del. Robert Bell (R - Albemarle) announced Friday that the Courts of Justice Committee would invite Dr. Vanessa Tyson, Ms. Meredith Watson, and Fairfax to testify to "give all parties a chance to be heard."

In a statement released after Bell's announcement, Watson's legal team said they were "gratified that the Virginia General Assembly has announced their intention to hold hearings, and she looks forward to testifying at this forum."

"It is our understanding that the hearing will be public and televised and that Ms. Watson, Dr. Tyson and Lt. Governor Fairfax will all testify under oath and be subject to the same rules and requirements, including our right to present witnesses and corroborators," the statement continued.

Tyson's counsel has also said they that Tysons is prepared to testify at a public hearing, but that "she has not yet received an invitation from the Virginia Legislature."

"It is the duty of the leaders on both sides of the aisle in Virginia to establish a bi-partisan path forward that provides for due process for everyone involved and facilitates a thorough examination of the allegations," they said in a statement released Friday.

Bell made the announcement after he stated it had been more than two weeks since Tyson and Watson made very specific and detailed allegations against Fairfax, but nothing had been done about the "extraordinary and extremely serious" allegations.

“We have said from the beginning when they stated to us that they wanted to move forward in a bipartisan manner that they had no idea on how this could work, what would it look and they have yet to share any details with us about their thoughts on that,” Del. Eileen Filler-Corn (D – Fairfax County) said Thursday. "We believe strongly that everybody deserves a right to be heard. What you're asking is… is this institution and is the General Assembly the right place for that hearing? How would it be done? Who would be in charge? Are they bringing in experts? Are they bringing in professionals? Is there going to be attorneys involved? Is it going to be a rules committee? Is it going to be another committee? None of this has been laid out for us. We need more information."

Bell replied Friday that he believed the General Assembly was equipped to investigate.

"The rules of the House are clear," he stated. "Rule 18 says, 'It shall be the duty of each committee to inquire into the condition and administration of the laws relating to the subjects which it has in its charge, to investigate the conduct, and look to the responsibility of all public officers and agents concerned and to suggest such measures as will correct abuses, protect the public interest, and promote the public welfare."

This week, House Republicans voted overwhelmingly against the ERA. Now suddenly the same Republicans want to distract the public from their record of opposition to women’s rights by engaging in political theater.

The Lt. Governor has consistently denied the unsubstantiated allegations against him and he has consistently requested a full, fair, independent, impartial, and non-political investigation by law enforcement. Obviously this House Republican led effort is partisan.

The Lt. Governor was the first and remains the only party calling for a law enforcement investigation. House Republicans want to pursue this historically unprecedented course of action because the accused is a popularly elected Democrat.

The path to finding truth and justice should be based on due process and the work of law enforcement professionals. The Lt. Governor is confident that the truth will exonerate him.

Tyson and Watson have both expressed a desire for Fairfax to resign.

They also have said they are willing to tell their stories in an open hearing through the General Assembly. Both have said they are not interested in filing criminal charges against Fairfax, but Tyson has agreed to meet with the district attorney in Suffolk County, Massachusetts, where the alleged assault took place in 2004.