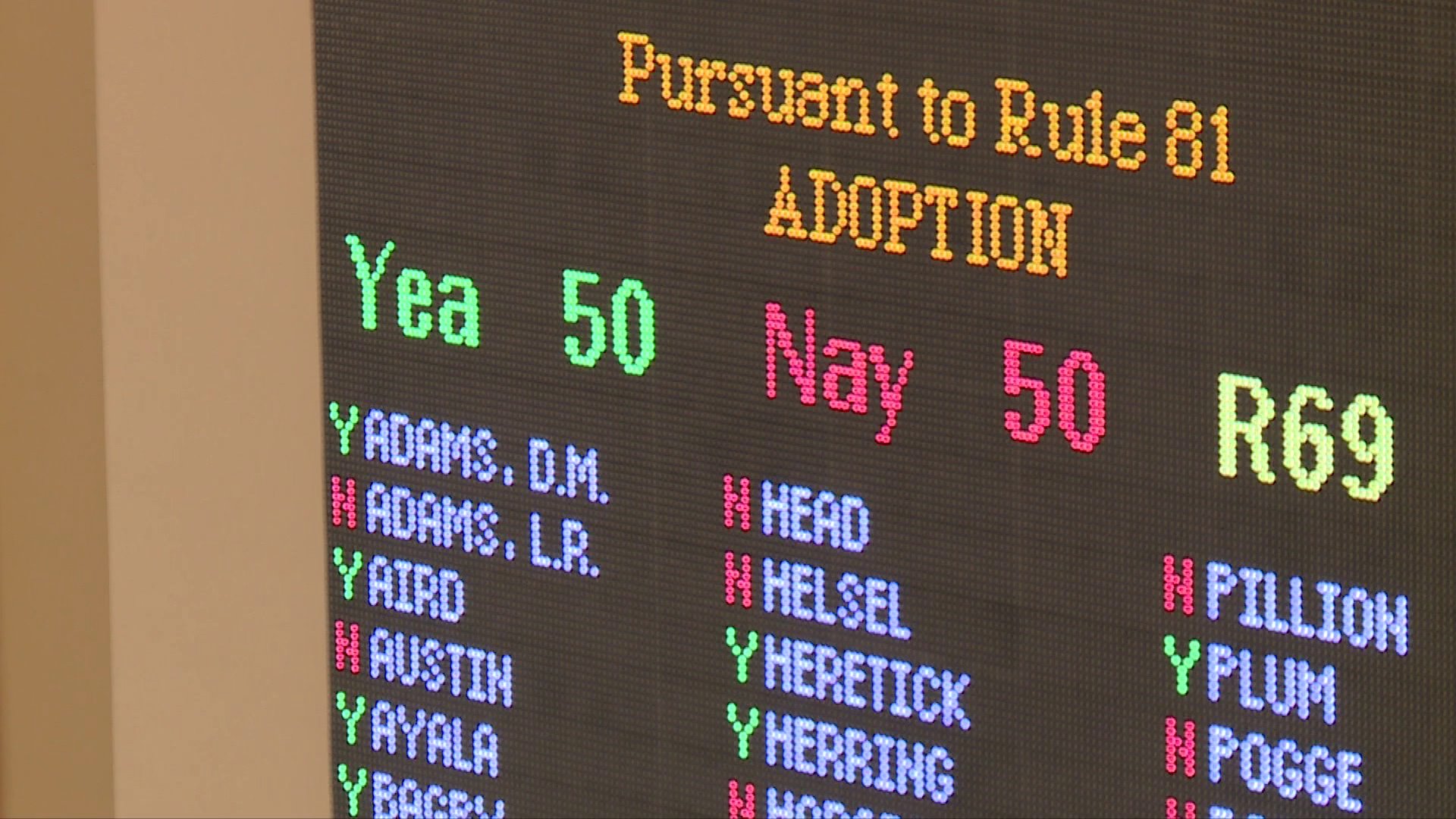 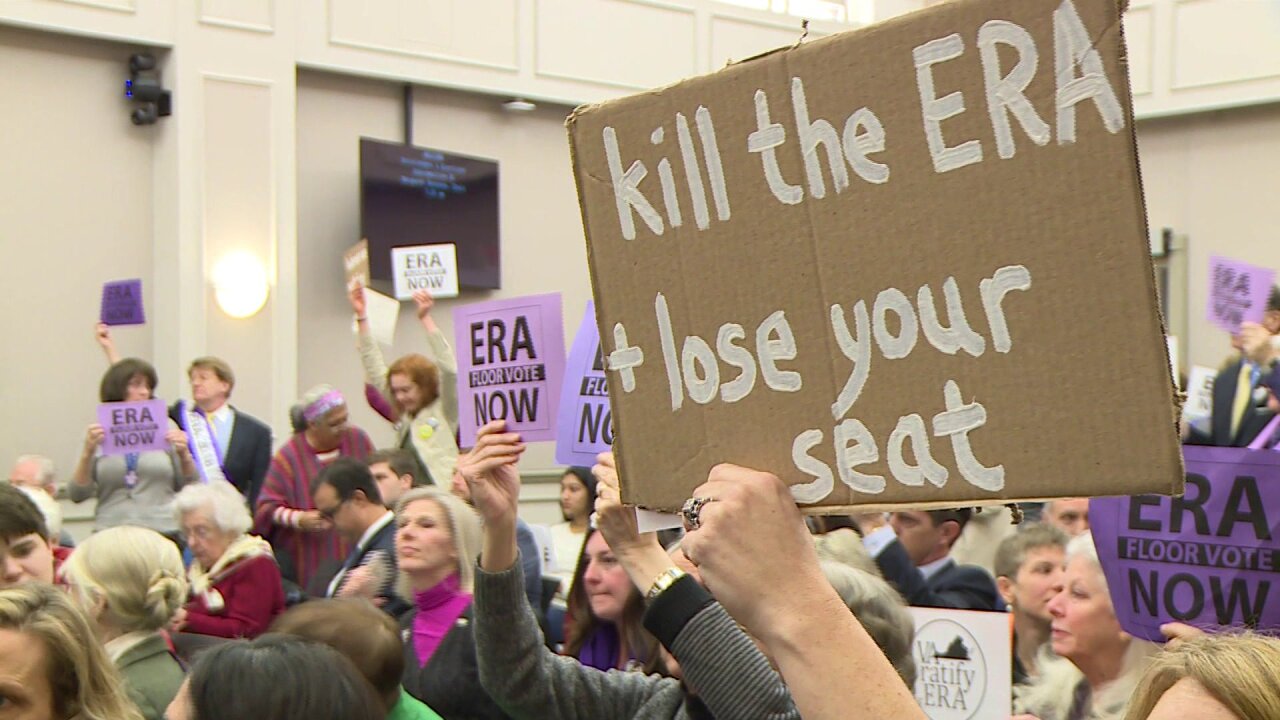 RICHMOND, Va. -- A final effort to force a floor vote on the Equal Rights Amendment (ERA) in the Virginia House of Delegates failed by one vote Thursday.  Democrats tried to change House rules so that every delegate would vote directly on the ERA, but the resolution failed on a split vote of 50-50.

Republican David Yancey, who faces a difficult re-election in his Virginia Beach district, was the sole Republican who voted in favor of the rules change.

ERA ratification by Virginia would make it the 38th state to do so, thus reaching the required three-quarters of the states to enshrine the amendment in the U.S. Constitution.

Opponents of ratification of the ERA have long argued the deadline for states to ratify it expired decades ago in 1982, and argued Thursday that passing it would open up legal challenges to state abortion regulations.

"I think this vote is a shame!" Daphne Portis, an Air Force veteran from Richmond, said. It's absolutely disgusting. I defended this country, and they should be defending me!"

Mary de Wald drove three hours to Richmond to stand against the ERA. She said she supported the conservative argument that ratifying the ERA it would open up legal challenges to abortion regulations.

"I don't think there is really anything that a woman wants to do that she can't do if she's willing to work," de Wald said.

ERA supporters believe some of those in opposition are confused.

"The most outrageous thing I heard in one of the hearings was they said that your daughters will be forced to shower with males in college if this is passed," Ruthy Roberts, who lives in Chesterfield, said. "So you know, what can I say if people believe that?"

Both sides of the politician aisle plan on making the ERA a statewide political issue in the 2019 campaign.