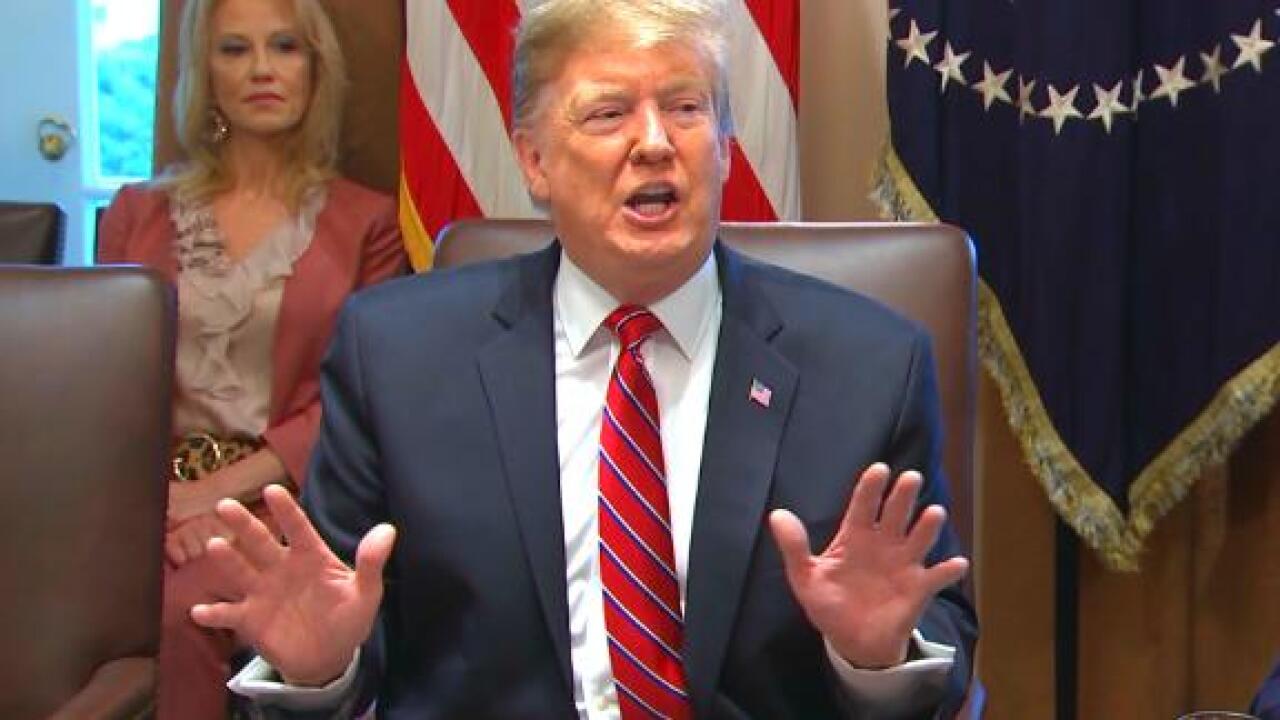 The White House is moving forward with plans to shift existing federal funds to pay for construction of a wall on the southern border, a senior administration official said.

In the face of several lawsuits challenging Trump’s authority to declare a national emergency to reallocate billions of dollars toward a border wall, the White House plans to first draw from the Defense Department’s drug interdiction program and the Treasury Department’s asset forfeiture funds before moving to divert military construction funds, the official said.

Unlike the first two pots of money, the latter can only be accessed through a national emergency declaration, which is now the focus of several lawsuits.

While the administration has not yet been enjoined from accessing those funds, the White House is bracing for the possibility that a federal court could issue an injunction on accessing the military construction funds as a result of the lawsuits.

The White House did not immediately respond to CNN’s request for comment.

While past presidents have declared national emergencies, they have largely been over non-controversial issues and not as a result of Congress rejecting the President’s request for specific funds.

Trump on Tuesday told reporters he believes he is on solid legal footing as he responded to news of the lawsuits being filed.

“I think we’ll do very well. We have an absolute right to do that,” Trump said. “We need strong borders. We have to stop drugs and crime and criminals and human trafficking and we have to stop all of those things that a strong wall will stop.”

He added that his administration is already “working with the Army Corps of Engineers” as he moves forward with plans to build additional barriers on the southern border.

Funds from the Treasury Department and Defense Department would be moved to the Army Corps of Engineers to pay for the wall construction, a separate source familiar with the process said.

White House chief of staff Mick Mulvaney said on Friday that it planned to access $2.5 billion from the Pentagon’s drug interdiction program (some of which would be reprogrammed from other accounts), $600 million from Treasury’s asset forfeiture fund and another $3.6 billion from military construction projects.

That’s in addition to Congress appropriating $1.375 billion for additional barriers on the southern border, which Trump considered insufficient.