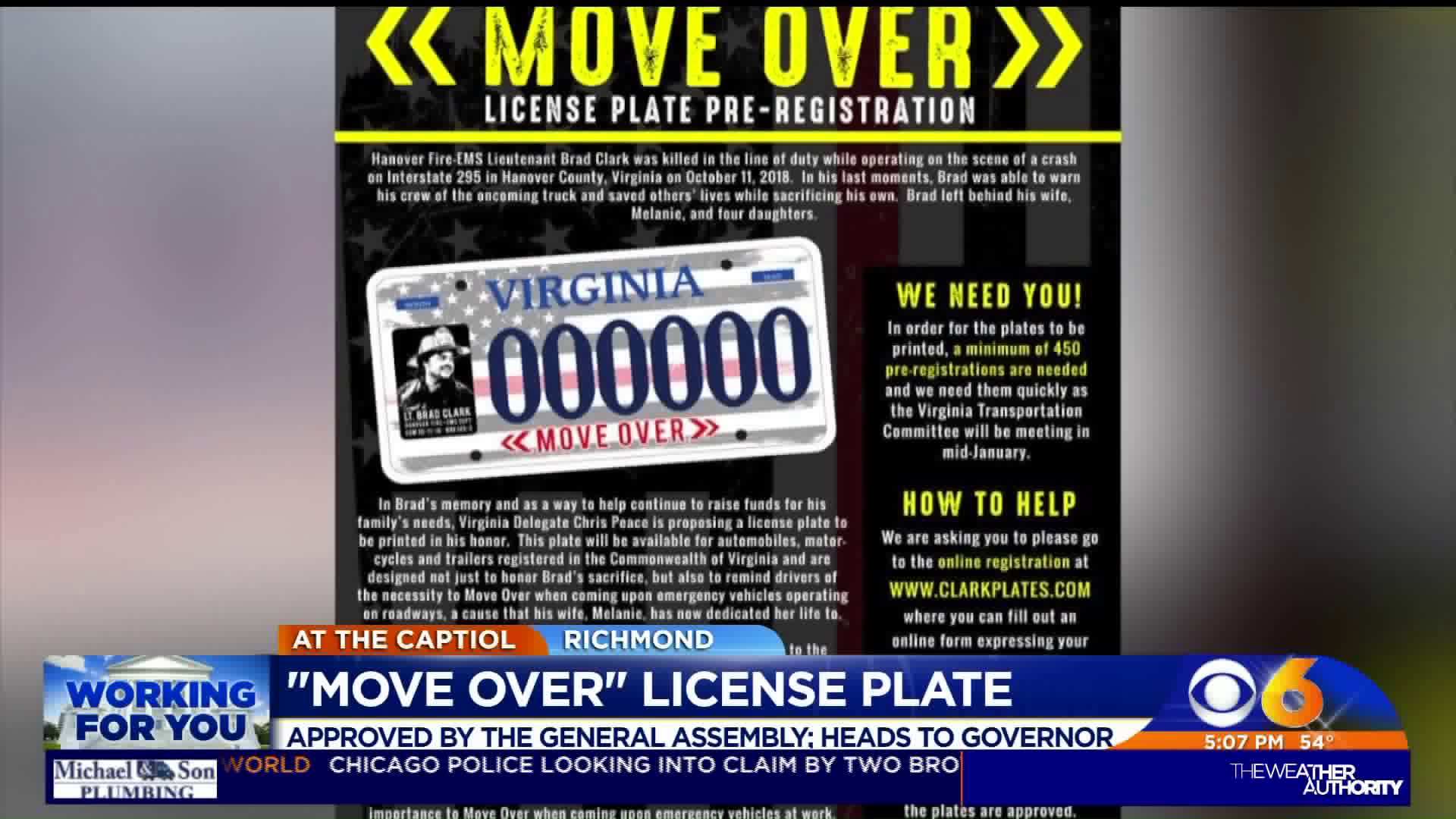 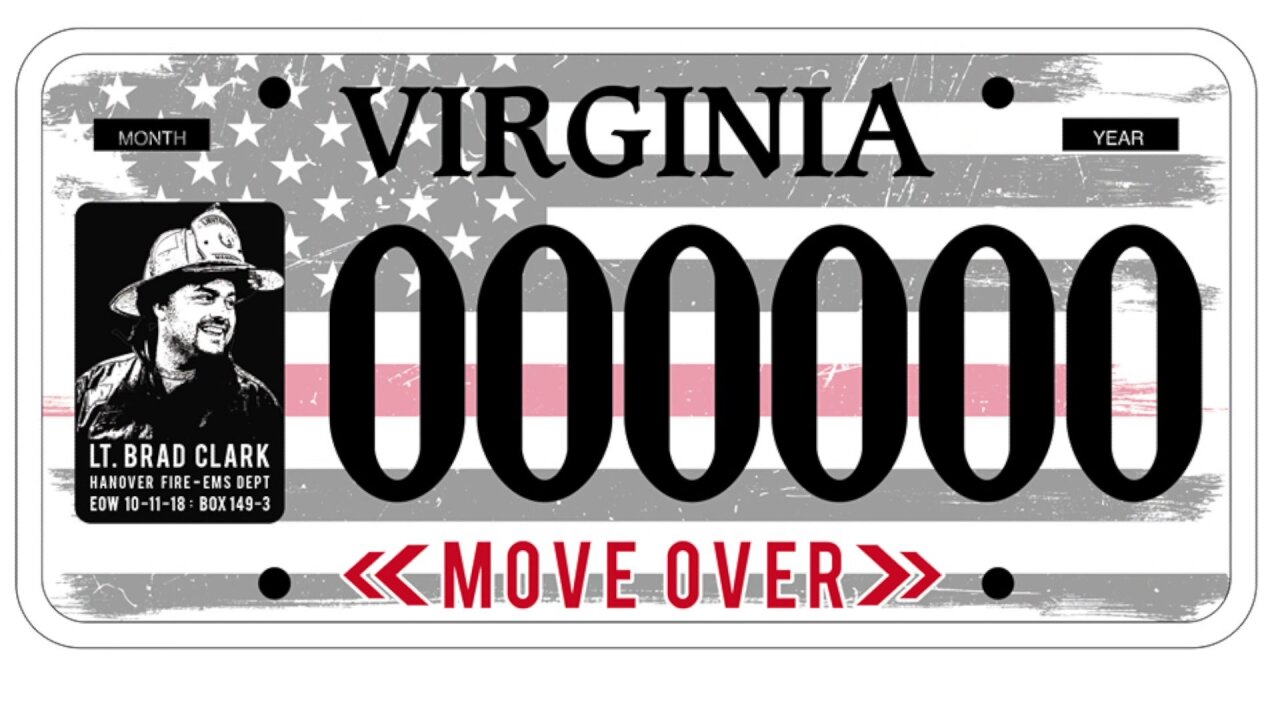 The Virginia Senate unanimously passed HB 2011 Monday. The legislation will create a special "Move Over" license plate for supporters of Virginia’s Move Over Law and honor Lt. Clark who was killed who was killed in the line of duty in October 2018.

The legislation will now head to Governor Ralph Northam desk for his signature.

The annual fee for the "Move Over" plate will be $25 with $15 going toward a memorial fund for Lt. Brad Clark.

Clark was killed, and three other firefighters injured, when the driver of a tractor-trailer drove into their firetruck as the firefighters assisted other drivers involved in an accident on I-295 near Pole Green Road. Tropical Storm Michael was lashing the Richmond area with heavy rain and strong wind at the time of the crash.

Police say the firetruck had its emergency lights on when it was hit.

It mandates that vehicles move over a lane if they are passing a vehicle with its emergency lights on or if they can't, they must slow down to a safe speed.

HB1911 would stiffen the penalty for not following the Move Over Law has passed the house but is still waiting for full action in the Senate.

Makes a driver's failure to move into a nonadjacent lane on a highway with at least four lanes when approaching a stationary vehicle displaying flashing, blinking, or alternating blue, red, or amber lights, or, if changing lanes would be unreasonable or unsafe, to proceed with due caution and maintain a safe speed, reckless driving, which is punishable as a Class 1 misdemeanor. Under current law, a first such offense is a traffic infraction punishable by a fine of not more than $250, and a second such offense is punishable as a Class 1 misdemeanor.