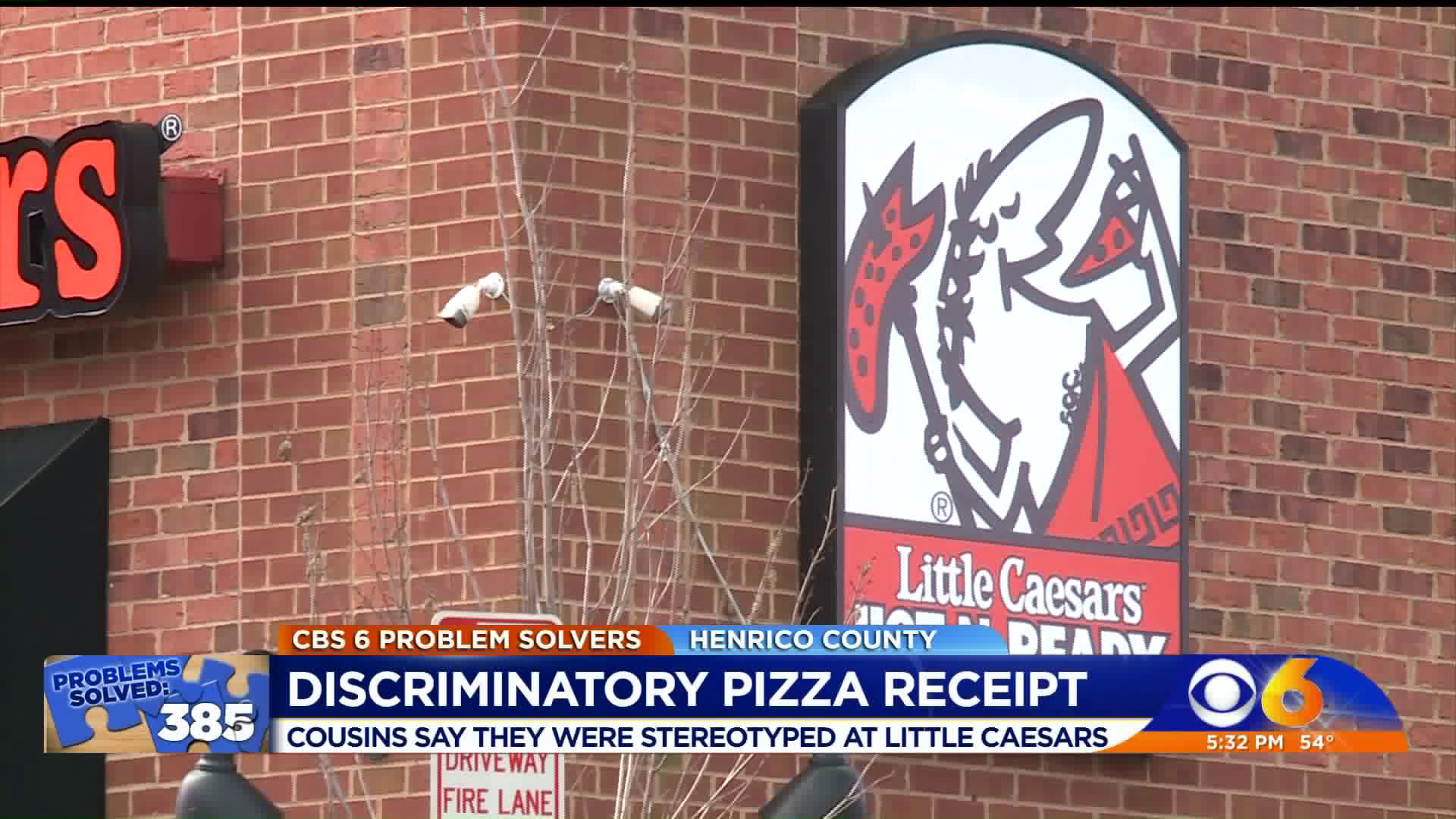 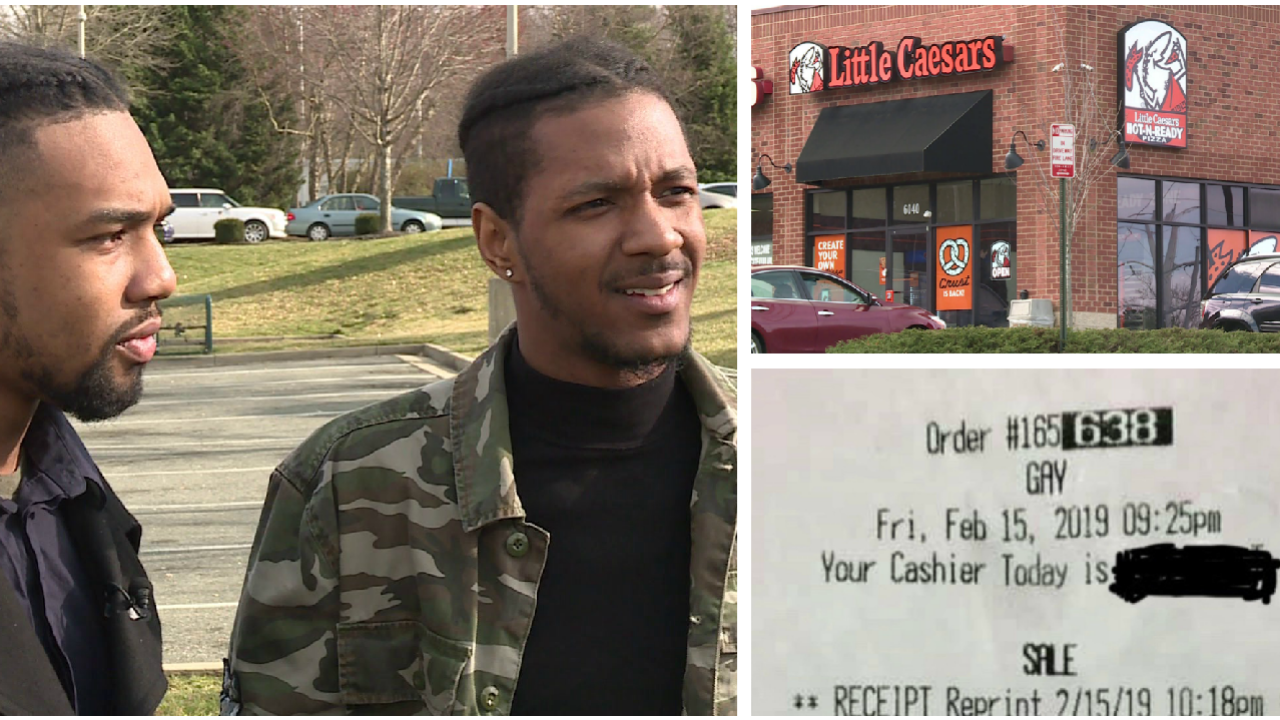 HENRICO COUNTY, Va. -- Two cousins said they were discriminated against by an employee at a Little Caesars restaurant in Henrico when the word "gay" was printed on their receipt where a customers' name is typically written.

"I was baffled, and it made me semi-angry because I feel like it's 2019 and we're still having to deal with this," said Rosman Harris.

Harris said he and his cousin, Marcus Robertson, went to the Little Caesars on Brook Road last Friday, placed their order, and then left for about 15 minutes while they waited for their pizzas.

When they came to pick up their pizzas, Harris said he noticed the name on the receipt.

Harris and Robertson said the cashier never asked them their names, but customers before and after them were asked. They added that while they are both gay, they did not mention it when they were in the store.

"It was this preconceived notion of, 'Oh, these are gay men.' So, why would you write that on the ticket? I'm not understanding that," said Harris.

Harris said when they asked the manager why that word was on the receipt, he never got an answer.

Robertson added that when another cousins went back to the store Sunday, the same cashier was working.

"She said, 'Well, oh, he was being loud, he was being rude.' So, my cousin was, like, 'No, he wasn't being loud or rude. He's hearing impaired, so when he talked loud that's for him to hear himself speak,'" said Robertson.

He said the manager told his cousin that the cashier could not be fired because the restaurant was short-staffed.

By Monday, the cousins learned the cashier had indeed been fired.

Robertson said in the future, he hoped Little Caesars would better train their employees.

"Because for something like this to happen, not only does it impact your business, it impacts your image as well," said Robertson.

Neither the restaurant manager nor an area supervisor would speak with CBS 6 about the incident.

"Little Caesars maintains a zero-tolerance policy against any violations of professional conduct," Tina Orozco, the director of communications for Little Caesar's corporate offices in Detroit, said in a statement. "This is a highly unusual, isolated situation at a store locally owned and operated by a franchisee. The franchise owner took immediate action to investigate this matter and has terminated the employment of the individual involved in the incident."

The cousins said they still had not received an apology from the restaurant and were considering legal action.