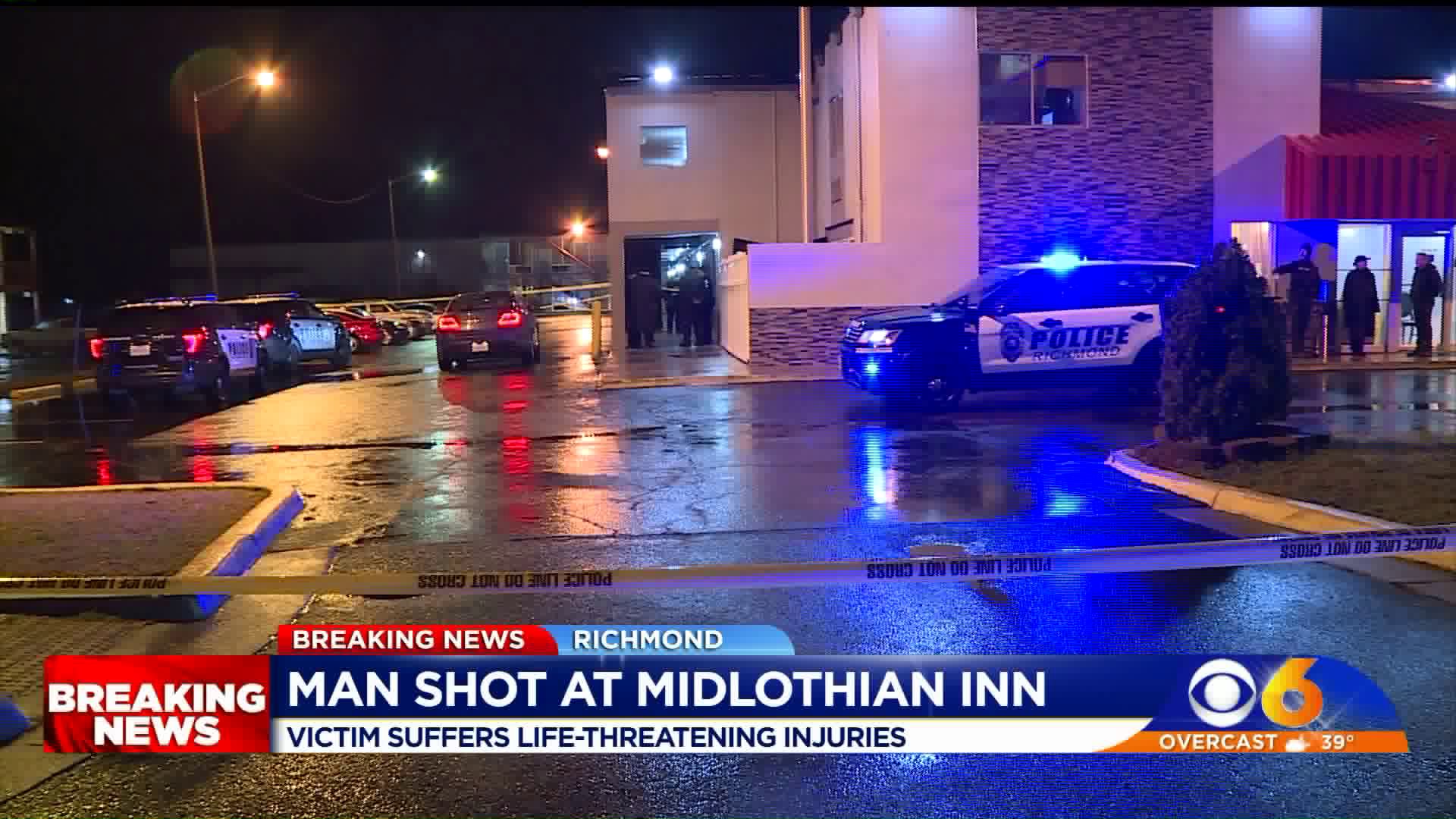 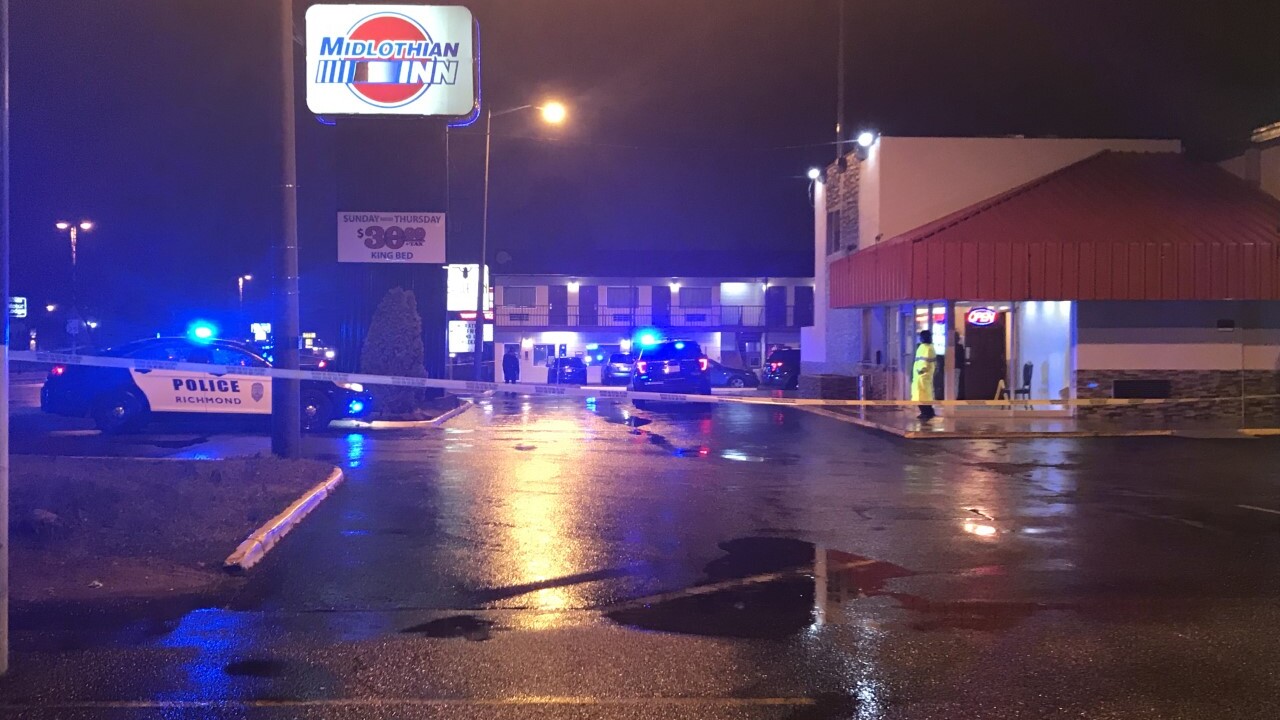 RICHMOND, Va. – Police are investigating a shooting at a Southside motel that left a man critically injured Sunday night.

Police were dispatched to Midlothian Inn in the 6500 block of Midlothian Turnpike around 8:05 p.m.

Officers said a man was trying to stop a robbery when he was shot in the stomach at the motel.

The victim was transported to an area hospital with life-threatening injuries, according to police.

Police are searching for a suspect described only as a black male with dreadlocks.

WTVR CBS 6 News has a crew at the scene. Check back with WTVR.com and watch CBS 6 News for the latest on this breaking story.