He’s made crosses for more than 25,000 victims since Columbine. The 5 he just made were the toughest. 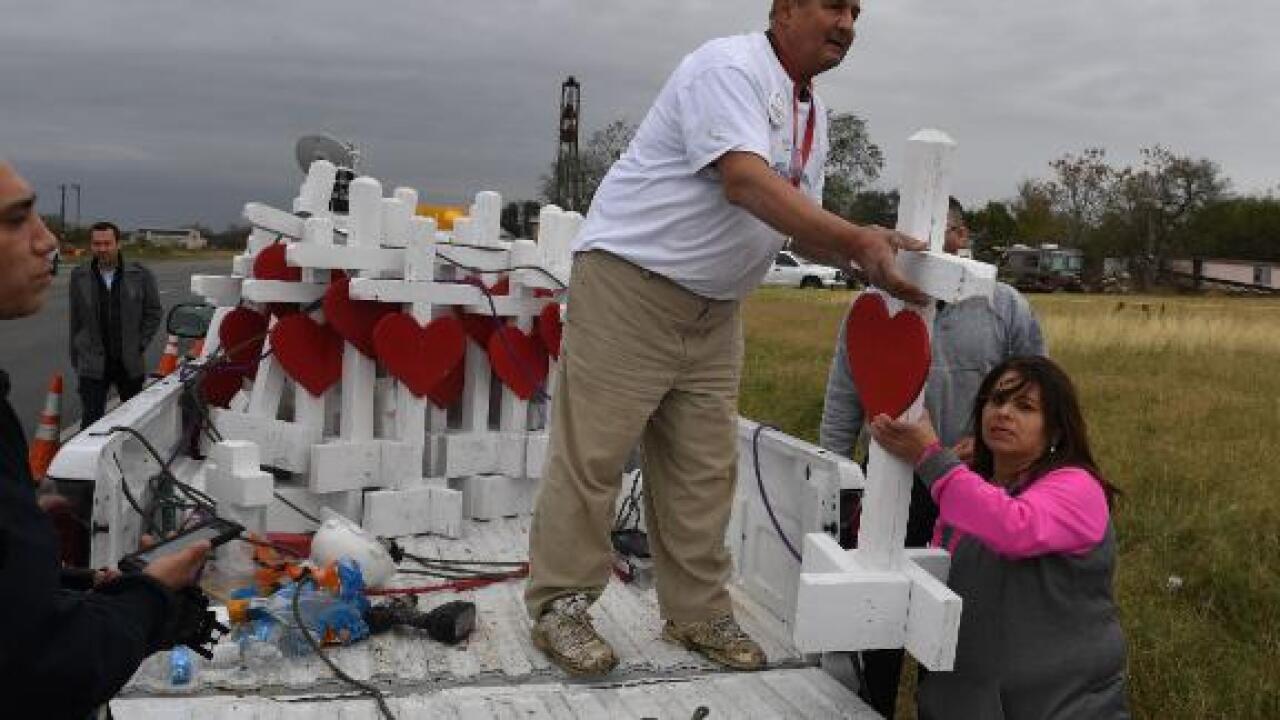 Greg Zanis’ 26,275 crosses have been seen at nearly every national tragedy since Columbine. Now, five more stand in his hometown.

He knew something was wrong when dozens of law enforcement vehicles, sirens screaming, rocketed by his Aurora, Illinois, house on Friday afternoon. About 15 minutes later, Zanis’ daughter called saying there was an active shooter.

“I guess I never thought it could possibly happen here,” Zanis says solemnly.

Most Americans probably don’t know his name, but many have has seen Greg Zanis’ work — painted crosses with victims’ name enscribed on them — erected after a national tragedy.

Each one takes about an hour to make.

“My simple message is just that heart on the cross,” he says. “Love your brother, love your neighbor. Don’t judge them. Life isn’t that complicated. Hate and revenge is.”

He’s made crosses for nearly every national tragedy since Columbine

One year and one day before the shooting in Aurora, Zanis quietly constructed and installed 17 crosses at Marjory Stoneman Douglas High School in Parkland, Florida.

When there is tragedy Zanis slips in, often unnoticed to many, to help Americans make sense of the what’s happened.

He can’t do that here. Everyone in Aurora knows him and his work.

In the aftermath, Zanis is there.

Last year, he also drove crosses to Paradise, California, for the wildfire victims and met with 50 families. On the drive back, after his work was done, he had two days to unwind and calm down.

“There is no peace to have that drive,” he says of the Aurora shooting. “I can walk over there.”

The toughest crosses he’s made yet

Friday night, hours after the shooting, he was already meeting with families who were asking him to make crosses for their loved ones.

They just sat there and stared at each other.

“They wanted me to go and put the memorials up,” he says. And Zanis did, installing the crosses, their names not yet written on them.

Zanis was at the press conference on Saturday when the victims names were announced:

As soon as Zanis got the names he left the press conference, crafting the hearts, enscribing the names onto them and placing them on the crosses already at the vigil site.

“They’re the toughest that I’ve ever made,” he says.

Working through the night on the crosses, Zanis says he still hasn’t slept and doesn’t think he will for another 24 hours. The crosses are up but his work isn’t done.

More work needs to be done, and he’s busy organizing vigils for the families and organizing a march to thank the police officers wounded in the shooting.