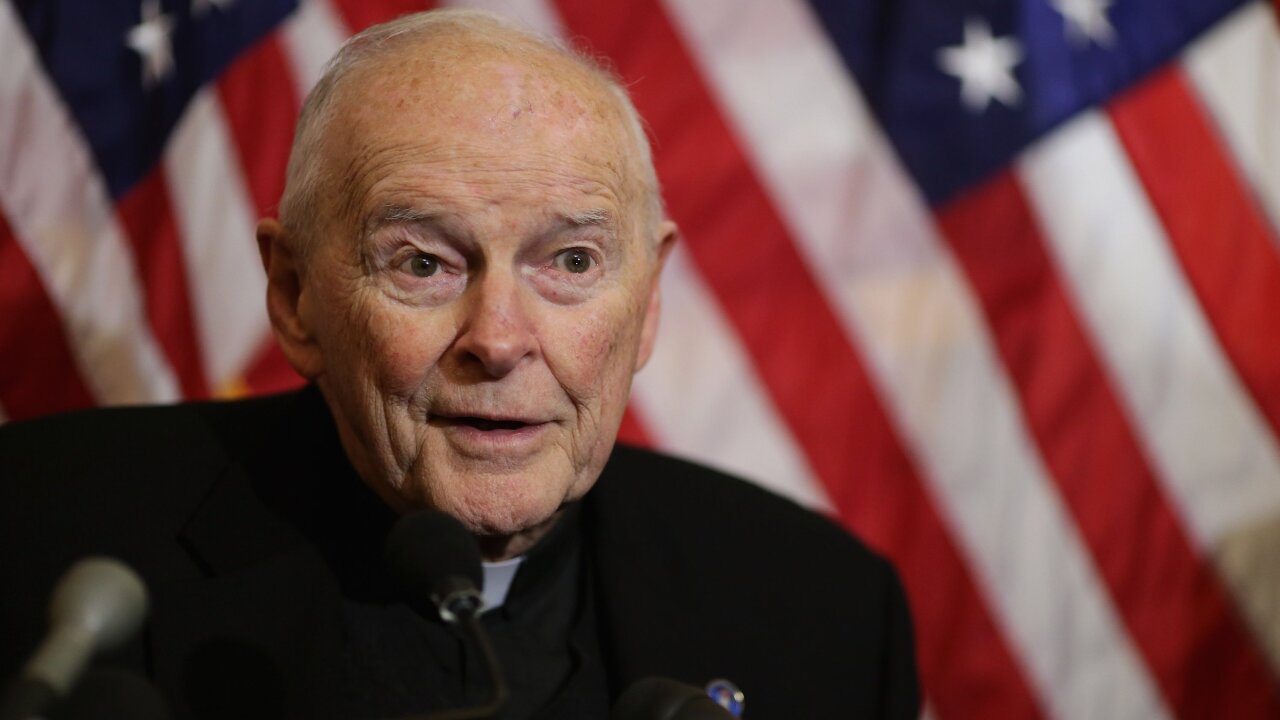 A letter from a top Vatican official appears to acknowledge that the Holy See knew about sexual abuse allegations against former Cardinal Theodore McCarrick for at least several months before he was elevated to cardinal in 2001.

The Vatican has dismissed former US cardinal Theodore McCarrick after a Church trial found him guilty of sexually abusing minors.

McCarrick, who once led the Archdiocese of Washington and was recognized as a powerful advocate of the Catholic Church’s political priorities in the US, becomes the highest-ranking Catholic figure to be expelled from the priesthood over the sex abuse crisis that has roiled the Church in recent decades.

The judgement was recognized by the Pope to be of a “definitive nature,” a Vatican statement said, and is “res iudicata” — meaning it is no longer subject to appeal. McCarrick was informed of the decision on Friday.

Allegations that McCarrick had sexually abused seminarians and an altar boy decades ago have prompted serious questions among Church leaders and observers as to why he was allowed to rise through the institution’s ranks.

A letter from a top Vatican official obtained by CNN last year appeared to acknowledge that the Holy See knew about the allegations for at least several months before McCarrick was elevated to cardinal in 2001.

He subsequently led the Archdiocese of Washington until 2006, frequently meeting political leaders and becoming a force in American politics.

Pope Francis ultimately ordered a Vatican investigation into the accusations in 2017, and McCarrick resigned from the College of Cardinals last year after the accusations were made public. He has previously denied the allegations, saying he has “absolutely no recollection of this reported abuse.”

Patrick Noaker, the attorney for the former altar boy who made the accusation against McCarrick, said last June that his client was molested twice by McCarrick, once in 1971 and once the following year.

Both alleged incidents, Noaker said, occurred at St. Patrick’s Cathedral as his client was being fitted for a cassock for Christmas Mass.

“McCarrick started measuring him, then he unzipped his pants, stuck his hand in and grabbed his genitals,” Noaker said. The lawyer said his client, who was about 16 at the time and a student at a Catholic high school in New York, pushed McCarrick away. “One thing he distinctly remembers is that McCarrick told him not to tell anyone about it,” Noaker said.

In the weeks after the allegations were made public, others came forward to say McCarrick had sexually abused them, according to published reports.

An investigation by the Archdiocese of New York found the allegations against McCarrick to be “credible and substantiated” and handed the matter over to law enforcement last year.

The ruling will place further interest in this week’s meeting of top Catholic officials from around the world to discuss the sex abuse crisis in the Catholic Church.

The unprecedented summit, due to begin in Rome on Thursday, was called by Pope Francis in September to tackle the escalating problem — but the five-month wait for the meeting to begin attracted criticism from survivors of sexual abuse, who slammed the “glacial pace” at which the Church moved to address the crisis.