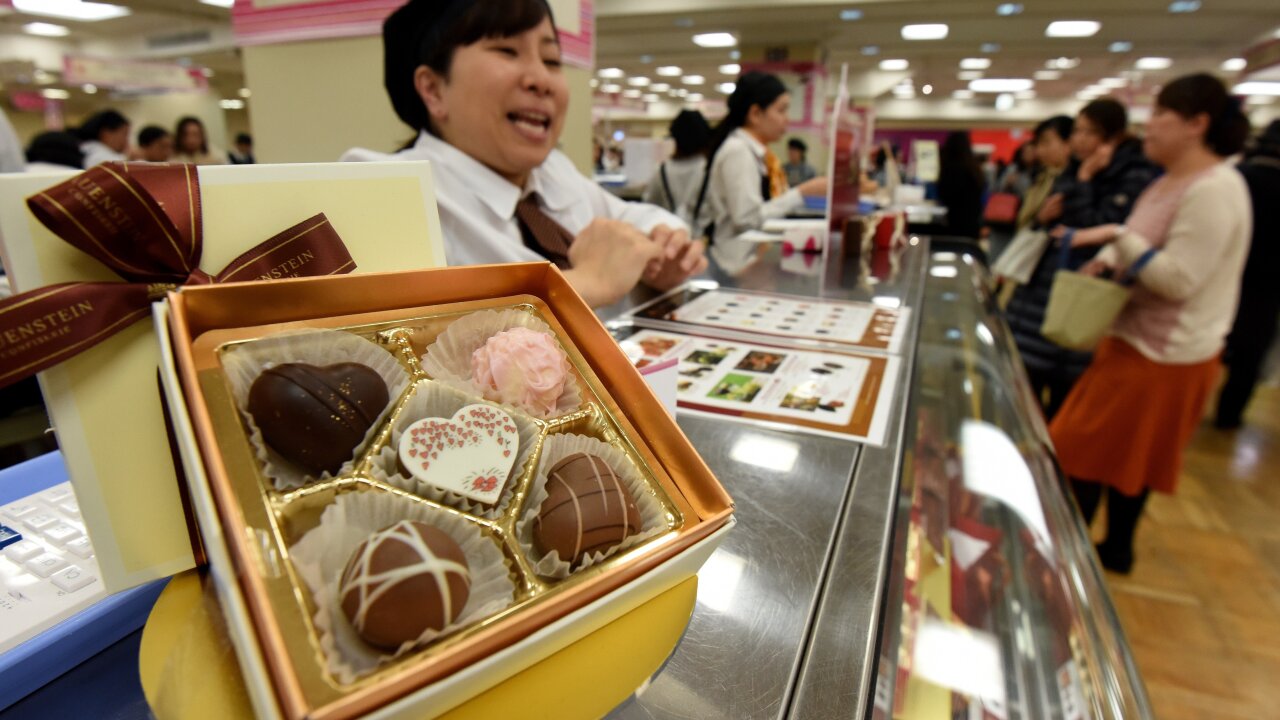 Japanese women are rebelling against a decades-old Valentine’s Day tradition that obliges them to give chocolates to men.

Japanese women are rebelling against a decades-old Valentine’s Day tradition that obliges them to give chocolates to men.

On February 14, the nation’s female workers are expected to give “giri choco,” or obligation chocolates, to their male colleagues. Women are also expected to buy heartfelt chocolates, “honmei choco,” for their crushes or loved one.

“Valentine’s Day (in Japan) got turned upside down to become a symbol of the Japanese patriarchy,” said Jeff Kingston, a Japan expert at Temple University in Tokyo.

But this year, women are calling time on the financially draining practice.

A recent survey by a Tokyo department store found about 60% of women will instead buy chocolates for themselves on Valentine’s Day.

Only 35% planned to offer chocolates to their male colleagues.

A boon for chocolate makers

That upended the West’s version of February 14, when men typically buy their loved ones flowers and chocolates and take them out for dinner.

In the 1980s, chocolate companies attempted to redress the chocolate buying balance. White Day was introduced on March 14 as a date for men to return the favor — although Kingston says that women often ended up gifting more chocolates than they received.

Both dates turned out to be a boon for the chocolate industry.

Valentine’s Day now accounts for a quarter of Japan’s yearly chocolate sales, according to the Nagoya International Center.

And that’s a lot of chocolate. Japan consumed $5.39 billion of the sweet stuff in 2017, according to a report published by Mordor Intelligence — more than far more populous China or India.

“We’re against companies exploiting events like Valentine’s Day to push excessive consumer culture and guilt-trip people who aren’t in relationships,” said Takeshi Akimoto, a member of the tiny fringe group, comprised of nine students and workers.

One of the group’s complaints is that Valentine’s Day chocolates in the workplace can make some employees feel that their value is determined by how much confectionery they receive.

It’s a sentiment shared by others across Japan. Some companies have now banned the custom of “giri choco,” saying it causes problems if colleagues compare prices of chocolates or highlight those who don’t receive any sweets.

“If the popular men get all the chocolate, the morale of all the other workers would drop,” explains Kukhee Choo, a researcher at Sophia University in Tokyo. “That would affect a company’s atmosphere.”

From ‘giri choco’ to ‘tomo choco’

The number of people without a Valentine in Japan is also growing.

In 2015, a record 23% of men and 14% of women were unmarried by age 50, according to the National Institute of Population and Social Security Research.

As a result, even the practice of giving heartfelt chocolates could take a beating. Erico Mori, a Japanese food writer based in Paris, says that consequently a new trend is emerging: that of giving friendship chocolates, or “tomo choco.”

While Choo says that this trend is in some ways positive, as it moves away from patriarchal practices, for chocolate companies it simply represents a shift in marketing.