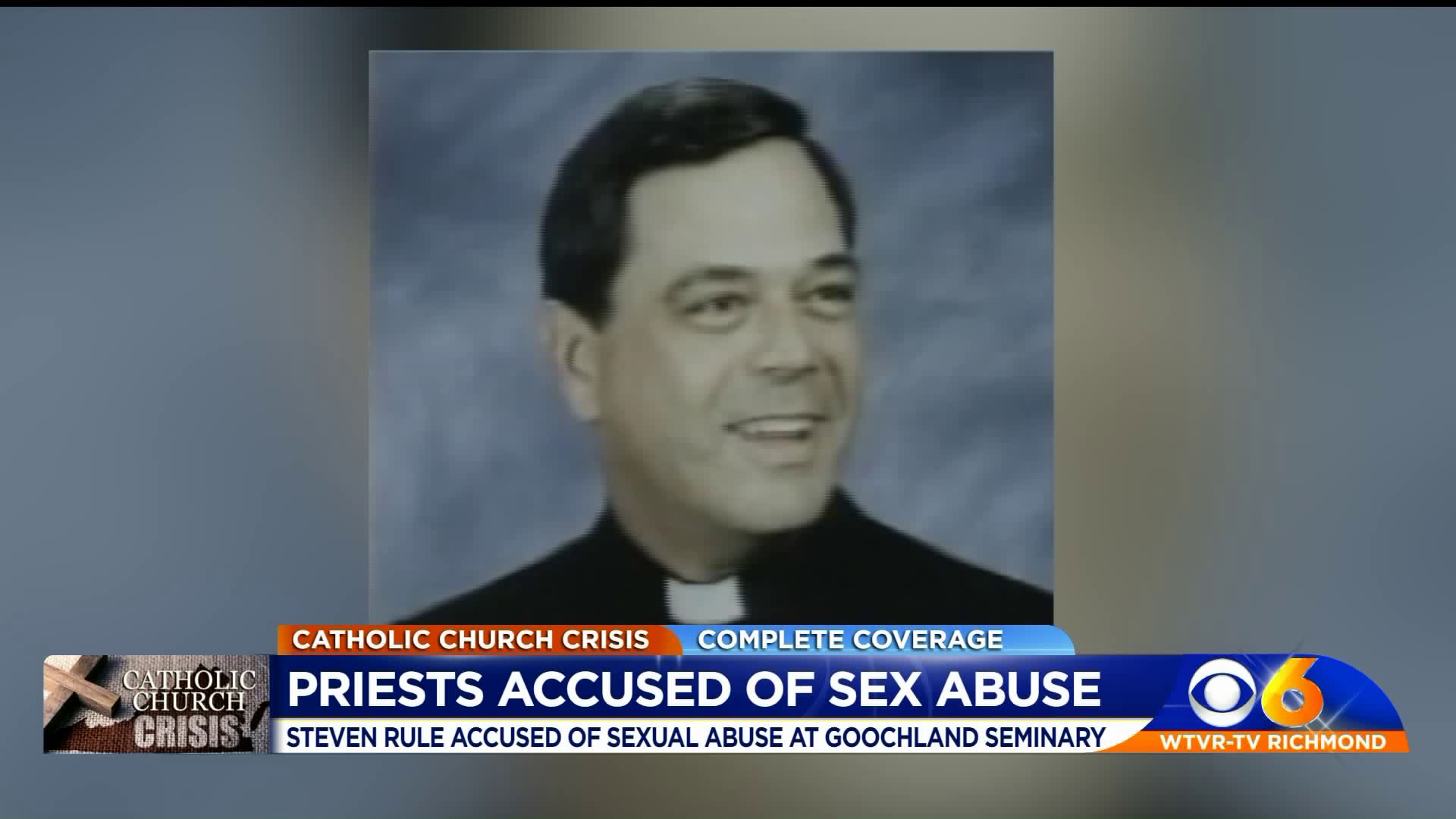 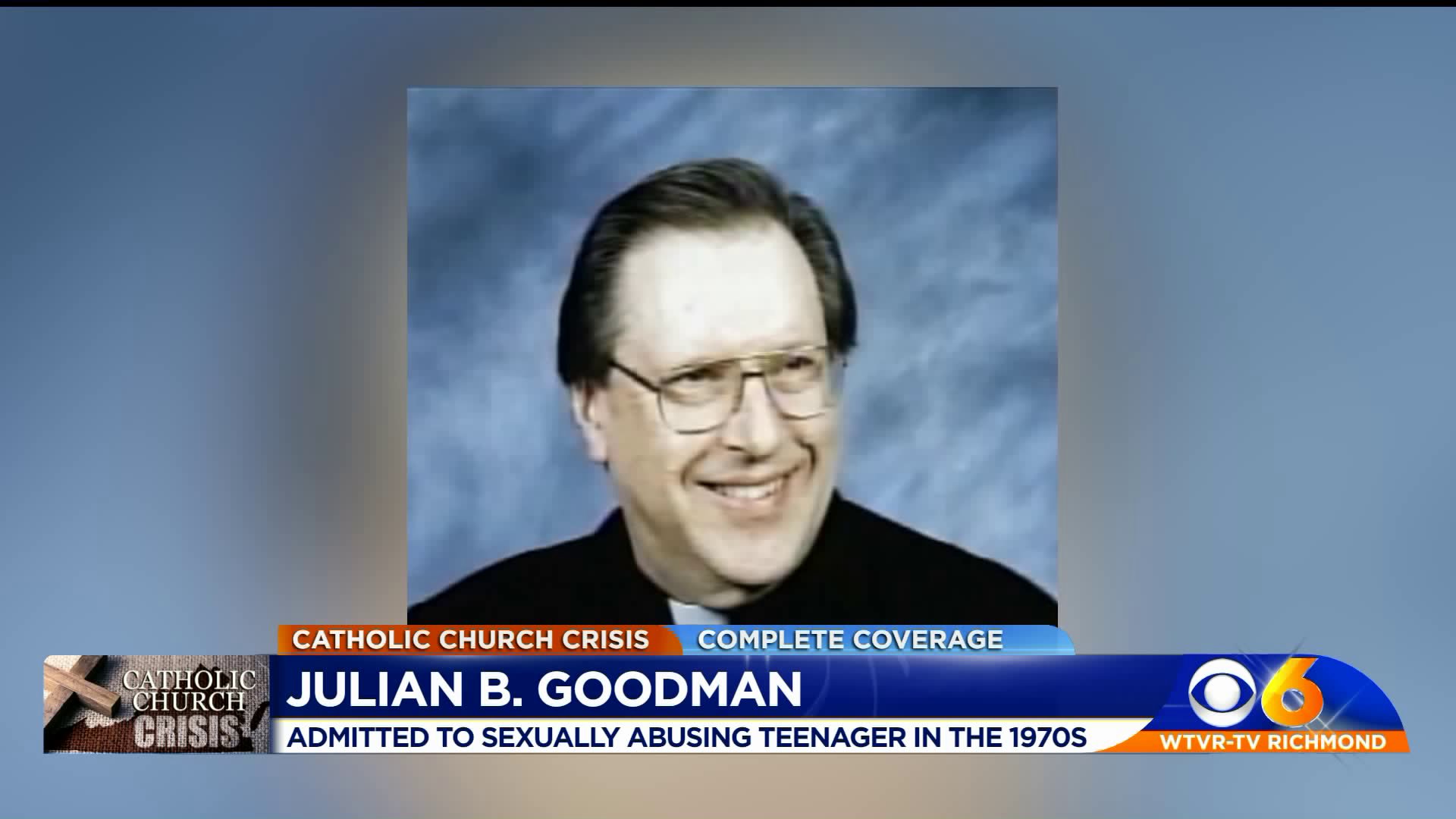 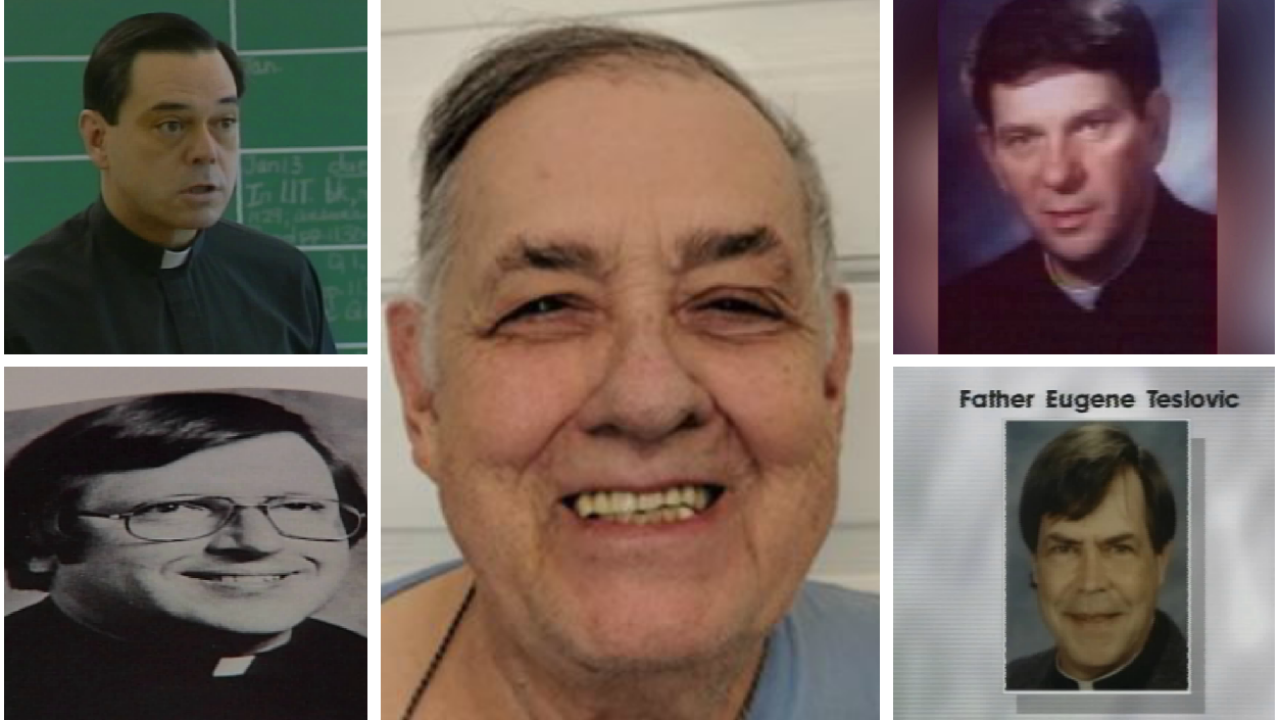 RICHMOND, Va. – The Catholic Diocese of Richmond has released a list of 42 priests who have “a credible and substantiated allegation of sexual abuse” against a child.

The first “credible and substantiated” incident of child sex abuse was reported to the Diocese in the 1950s, according to a Catholic Diocese of Richmond spokesperson. The most recent occurred in 1993, the spokesperson continued.

Their internal investigation was launched last year after Attorney General Mark Herring announced he was looking into reports of priest abuse in the state.

Here are some of the priests who were named on the list and some details about their allegations or convictions.

Rev. John P. Blankenship was forced to retire by the Catholic Diocese of Richmond in August of 2002. Blankenship was the chaplain at Petersburg Federal Correctional Center at the time he was indicted.

In February of 2003, he pleaded guilty to four separate counts of sodomizing a minor in Prince George County.

The abuse took place in 1982, at the Church of the Sacred Heart. The victim was 14 at the time. Investigators said that Blankenship took advantage of the young teen while his mother cleaned the church.

Blankenship received a suspended sentence, meaning he spent no time in prison.

In his 39 years in ministry, Blankenship served at six churches in the Commonwealth including St. John’s Catholic Church in Highland Springs (1973 to 1977).

Blankenship is still alive and living in Richmond as a registered sex offender.

Father Julian B. Goodman was forced to retire and barred from the ministry in 2002 after he admitted to sexually abusing a teenage boy in the 1970s.

The abuse began at St. John Vianney Seminary in Goochland, where Goodman taught, and the victim was a student. The abuse against that same boy continued after Goodman moved to Saint Ann Church in Colonial Heights.

The victim, Jim Kronzer, came forward and spoke to CBS 6 in a 2002 interview.

Kronzer said that he first contacted the Diocese in 1994. At that time, Goodman was sent to counseling, but then, to another parish.

Goodman was a pastor at Holy Comforter Catholic Church in Charlottesville at the time of his retirement.

He was initially charged with felony sex offenses, but those were reduced when he made a plea deal.

The crimes took places in the early 1970s at Saint John Vianney Seminary. The victims were teenage boys. He received a suspended sentence, meaning no jail time, but was ordered by the judge to undergo treatment.

He resigned from the ministry shortly after Cardinal William Keeler put him on administrative leave.

A man named William Jeter later sued Leonard, claiming that he was drugged and raped in by him in the 1970s at Saint John Vianney Seminary. That lawsuit was dismissed by a judge in Virginia Beach because of the statute of limitations.

Leonard served as pastor at Saint Michael Catholic Church in Glen Allen, which he founded in 1991, until he resigned in 2004.

In 2002, Rev. Steven R. Rule was accused of sexually abusing a student at Saint John Vianney Seminary in Goochland in the 1970s, when he was a dean there.

The Diocese took him out of Saint Andrew Catholic Church in Roanoke and put him on administrative leave while they investigated. They later determined his behavior “did not warrant removal from priestly ministry” and he was re-assigned to the Church of the Epiphany in Chesterfield.

Rule was placed on administrative leave again in 2011 when someone contacted the Diocese with another report of inappropriate behavior.

A short time later, Rule voluntarily stepped down from the Chesterfield church.

The Diocese said at the time that the new allegation did not involve a minor or a criminal act. Rule was later cleared by a Diocese investigation.

Rev. Eugene John Teslovic was expelled by the Diocese in September of 2002 after being accused of having multiple inappropriate sexual encounters with minors.

The alleged crimes took place in the 1970s and 1980s. The Diocese investigated and the bishop found the allegations to be credible.

One of the alleged incidents occurred in 1977 when Teslovic was a deacon at Resurrection Parish in Portsmouth.

Teslovic was the pastor of St. Luke Catholic Church in Virginia Beach at the time of his expulsion.