Shaken mom fears for family’s safety after drive-by shooting: ‘I want to protect my kids’ 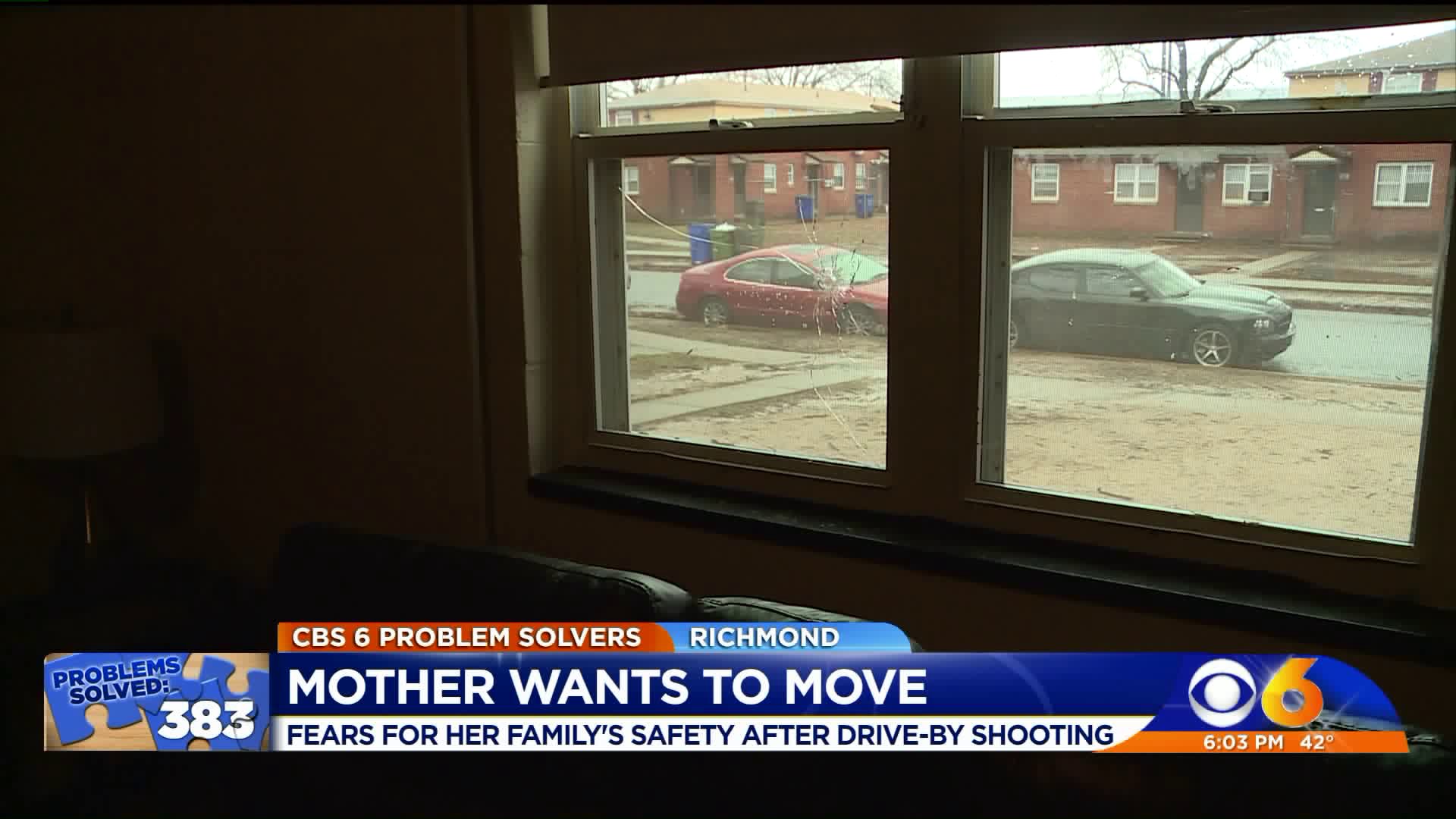 The Richmond mom says she was putting her 7-year-old son to bed when she heard the gunfire. Her 15-year-old daughter was sitting on the sofa, inches from where the bullet flew in through a window.

“The bullet came through the house and she jumped up and ran upstairs,” said Caldwell.

Caldwell says she can’t stop thinking about how close her teen daughter came to being killed.

Richmond Police confirm that they were called to the Rosecrest Avenue apartment around 10:20 p.m. after the bullet hit Caldwell’s kitchen wall.

Moments later, police say they got another call on that same block for a shooting into an unoccupied vehicle.

Out of fear for her children’s safety, Caldwell says she immediately requested RRHA transfer her family to another apartment. She says she was told no.

In fact, Caldwell says she was told by the RRHA that she would have to wait a whole year before transferring.

Caldwell says she was desperate for help, so she reached out to CBS 6 Problem Solvers.

“They have nightmares.... can’t sleep. They are really going through it,” Caldwell said of her family.

“I feel like they should move us. We are scared and don’t want to be there. I want to protect my kids,” Caldwell added.

He tells reporter Shelby Brown that they are now re-evaluating Caldwell’s request and making every effort to move her family as soon as they can.

Artze says that resident safety is a priority.

Whatever happens, the shaken mom hopes to get a resolution soon, because for the moment her family is too afraid to go back home.

Artze says in that evaluation, RRHA will consider if there is a lingering threat to Caldwell's family. He also says they will replace her bullet-riddled window in the next day or so.

In addition, Artze says RRHA is expanding safety measures like adding lights and upgrading surveillance cameras so police can access them remotely from their cars when crimes like this happen.